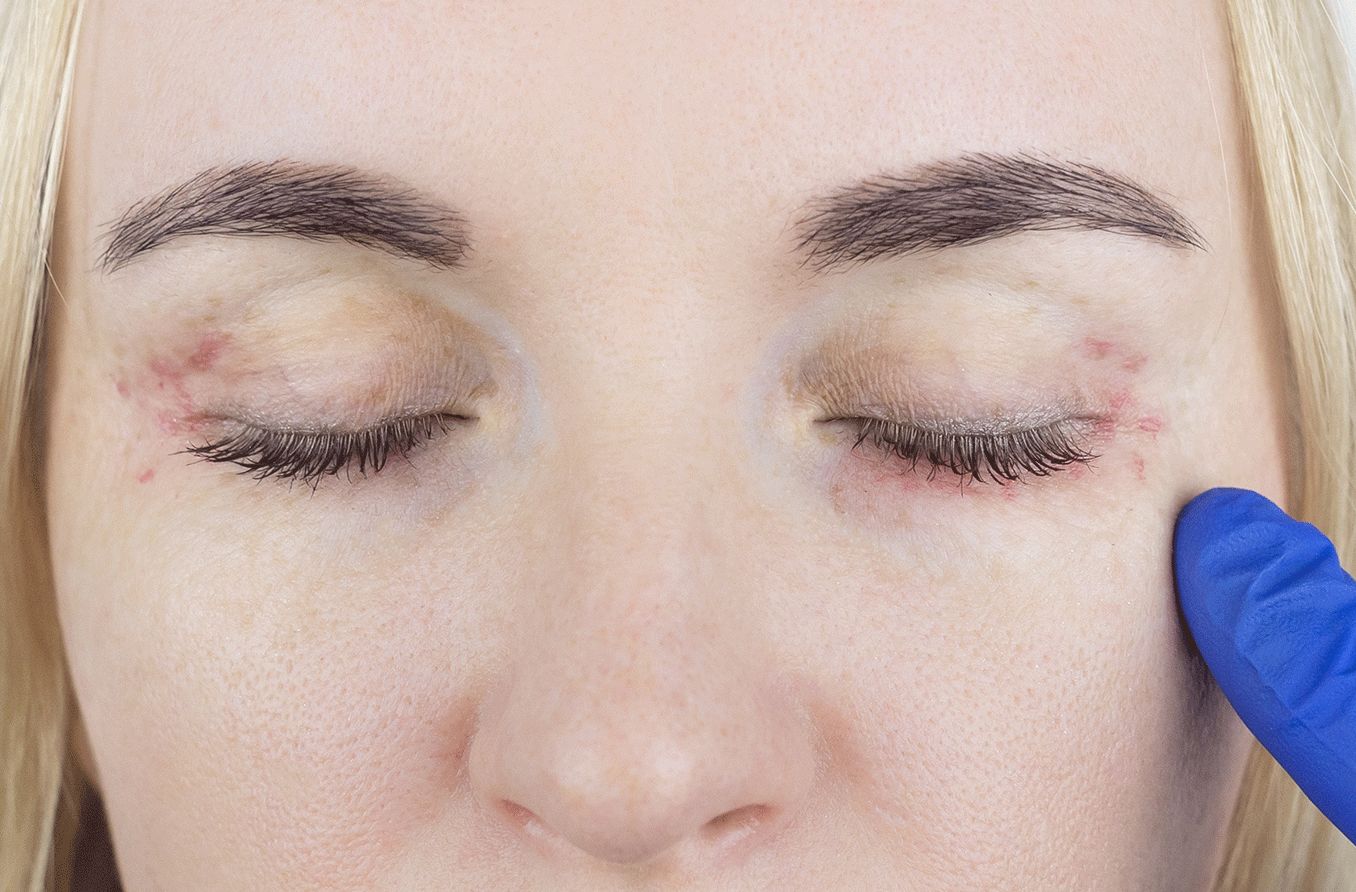 What is ocular rosacea?

Ocular rosacea is related to a common inflammatory condition affecting skin of the face and chest, as well as the eyes. While the exact cause of rosacea is unknown, the condition may be associated with inherited tendencies and environmental factors such as excessive sun exposure.

Rosacea occurs more frequently in women, but men are more likely to have severe forms of the disease. Eye involvement with rosacea is not unusual, although there is no definitive study indicating just how many people have eye or eyelid problems when they are diagnosed with the skin condition.

Recent studies indicate that between 6 to 18 percent of people diagnosed with acne rosacea — so named because it resembles acne — also have ocular symptoms.* Other reports say the number of rosacea patients with eye symptoms could be as high as 60 percent.

Rosacea itself seems to occur in 1 to 10 percent of the general population.**

Symptoms of rosacea and ocular rosacea

People with rosacea often have a "ruddy" complexion in the early stages, such as a reddish nose and cheeks. These symptoms often progress to include development of bumpy red skin lesions, pimples, and tiny, tortuous vessels in the skin known as telangiectasias (tel-an-jee-ek-TAY-zee-ahs).

The most severe cases of rosacea progress to a condition called rhinophyma (rie-no-FIE-mah), in which the skin thickens along with connective tissues of the nose. Rhinophyma can result in some degree of disfigurement.

When you have rosacea affecting the skin, you may not realize that your eyes also are involved if accompanying symptoms such as eye itchiness and eye redness are relatively mild.

Ocular rosacea can cause photophobia (unusual sensitivity to light). If you are bothered by bright light, ask your eye care professional about photochromic lenses that automatically darken in response to sunlight.

In cases of severe ocular rosacea, inflammation of the cornea may lead to a corneal ulcer with infection. If left untreated, the corneal ulcer may even perforate the eye. This is a serious and potentially blinding complication.

Effective treatment of rosacea requires a highly motivated patient willing to devote the time it takes to control the condition.

When ocular rosacea is present, treatment usually consists of lid hygiene measures that include daily cleansing:

If you have rosacea, avoid "triggers" such as spicy foods and alcohol, which can cause inflammation.

Dry eye syndrome, which often accompanies rosacea, should be treated with non-preserved artificial tears (eye drops) as often as four times daily or more. A home humidifier also may help.

If these measures are insufficient, punctal plugs can easily close the tear drainage ducts. Punctal plugs can be removed if necessary, but another possible measure is punctal cautery (burning of the tear duct openings), which is relatively permanent.

Finally, topical metronidazole (an anti-parasitic agent) may be used on the skin and in many people is very effective for the rosacea-related dermatitis. The medicine appears to have local anti-inflammatory and immunosuppressive effects. Because this treatment is not available in ophthalmic preparations, you should not apply the medicine directly to eyelids.

If you have rosacea, your doctor will likely advise you to avoid triggers that may cause inflammation, such as stress, spicy foods and alcohol.

**Systemic review of rosacea treatments. Journal of the American Academy of Dermatology. January 2007.

*Ocular rosacea: an update on pathogenesis and therapy. Current Opinion in Ophthalmology. December 2004.