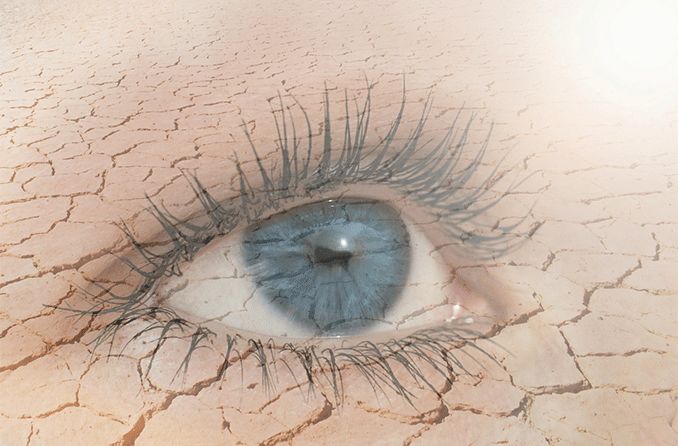 Because of the wide range of causes, some people are more likely to have a certain type of keratoconjunctivitis. Each case can also vary in symptoms, severity and treatment.

The many types of keratoconjunctivitis include:

Each of these sub-conditions can range from mild to severe. Some people are more likely to get certain types of keratoconjunctivitis than others.

Keratoconjunctivitis has a variety of causes among each form of the condition. Some common causes across types include:

Additionally, certain medications such as antidepressants, antihistamines, diuretics and oral contraceptives can have side effects that lead to dry eyes. Symptoms are more likely when medications are taken over a long period of time.

Other risk factors to be aware of that may be associated with keratoconjunctivitis are:

Tell your eye doctor if you experience any of these symptoms so that your eyes can be properly evaluated. Not everyone will experience each of these issues, and some may be worse than others.

A breakdown of the keratoconjunctivitis types

Each type of keratoconjunctivitis comes with its own set of causes and complications. This includes the following:

Also known as dry eye syndrome, KCS is one of the more common forms of keratoconjunctivitis. It occurs when both the cornea and conjunctiva of the eye experience dryness or inflammation.

KCS can be caused by underlying medical conditions. Insufficient tear production, side effects of certain medications and other factors can also cause KCS. Women and older adults are more likely to get KCS than other demographics.

People with atopy have more serious allergic reactions when they come in contact with allergens. Allergens include food or environmental factors.

When the eyes are affected by this response, it can trigger AKC and cause the conjunctiva that lines the eyelids to become red and swollen. In many cases, the lower lid is impacted more so than the upper lid. Symptoms may also seem worse in the winter.

AKC can lead to more serious eye problems if it is not treated, such as scarring, ulceration, cataracts or keratoconus (abnormal thinning of the cornea that causes it to bulge forward). More men are affected by AKC than women.

Vernal keratoconjunctivitis (VKC) is another type of allergic keratoconjunctivitis. VKC is associated with chronic and severe allergies. The condition causes notable features such as hard, cobblestone-like bumps located on the upper eyelid. These bumps may be accompanied by swelling or mucous discharge.

VKC affects the eyes on a seasonal basis — most commonly during the late spring and summer months when it is dry and warm. It may also reoccur during the winter.

A portion of the treatment for VKC often involves managing allergies to prevent flare-ups. VKC is rare (affecting 0.1 to 0.5% of eye conditions). It mainly affects males between the ages of 3 and 20. In many cases, symptoms subside after puberty.

Because EKC is so easily spread, washing your hands frequently is highly recommended during an outbreak.

EKC can cause the same symptoms associated with other types of keratoconjunctivitis. These include eyelid swelling, discharge and redness. On some occasions, it can also cause a fever, fatigue, headache or swollen lymph nodes.

Symptoms may be relieved with the use of artificial tears or cold compresses, but there are currently no effective treatments for EKC. The virus usually resolves on its own within two weeks.

Superior limbic keratoconjunctivitis (SLK) is chronic and recurrent. SLK affects the following parts of the eye:

There is no known cause of SLK, though it is sometimes associated with rheumatoid arthritis and thyroid disease. SLK most often affects women between the ages 20 and 70. It is also known to slowly develop over a time period of 1 to 10 years.

Other types of bacteria can cause it, but these are the most common.

Key indicators of phlyctenular keratoconjunctivitis are conjunctival or corneal lesions or nodules. These can measure between 1 and 2 millimeters.

This type of keratoconjunctivitis commonly occurs in children ages 6 months to 16 years. It is also found more often in girls than boys and tends to occur more frequently in the springtime.

The herpes simplex virus (HSV) can affect the eyes and cause a viral infection such as herpetic keratoconjunctivitis. This condition can cause swelling, eye sores or discharge, among other symptoms.

Infections associated with ocular herpes are mainly caused by type I of HSV. This is the same type that causes cold sores. It’s possible to contract the condition after touching a cold sore near your mouth and then touching your eye. Type II of HSV, which is sexually transmitted, can affect the eye as well, but this is rare.

Since it causes the cornea to become less sensitive and lose feeling, pain is not usually reported in patients. Some may experience blurred vision though. NK is a degenerative eye disease, meaning it gets worse over time. For this reason, early detection is important in the treatment process.

Your eye doctor will ask you about any underlying conditions that could contribute to your symptoms of dry eyes. Conditions include autoimmune diseases or changes in hormones (if you are taking birth control, hormone treatments or have gone through menopause). A family history of dry eye problems is also important to disclose.

Let your doctor know if you wear contacts or use any ophthalmic solutions, ointments, cosmetics or other products that may cause irritation.

After discussing your symptoms and medical history with your doctor, some testing may be done to further investigate what might have caused your condition. This can include procedures such as:

The course of treatment depends on the type of keratoconjunctivitis that is present. Some may require prescribed medication. Others may find relief from an over-the-counter fix or through lifestyle changes.

Sometimes, a combination of these treatments is needed in order to achieve a full recovery. If symptoms do not go away with treatment, or if they worsen, let your doctor know so that your condition can be reevaluated.

Be sure to schedule regular eye exams on a yearly basis to ensure that your eye health and general vision are in good shape. Routine comprehensive eye exams are the best way to assess and prevent further eye problems for children as well as adults.

Dogs can get keratoconjunctivitis, too

The symptoms of KCS present similarly in dogs and people. Diagnosing and treating the condition can also be similar for both animal species.

Whether it’s you or your furry friend who is experiencing dry eyes, it’s important to get medical help as soon as possible. This will help ensure you are on the right road to recovery.

What is herpes keratitis?. American Academy of Ophthalmology. March 2021.

Keratitis: Inflammation of the cornea

How to find the best eye drops for your symptoms

Dry eyes: How to get relief (medications, drops and more)