Do you know the symptoms of a concussion or traumatic brain injury? 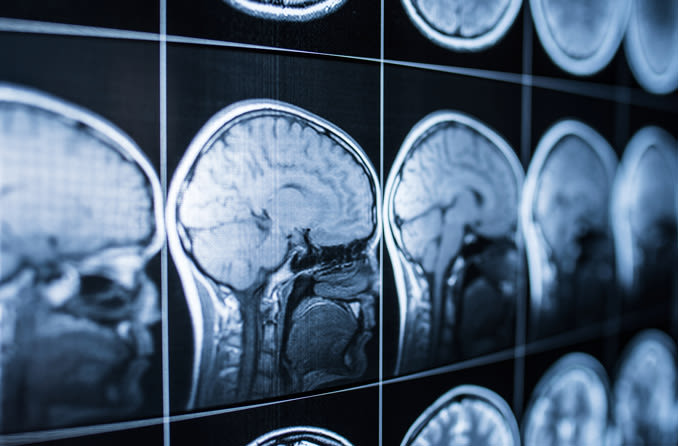 Concussion or other traumatic brain injury (TBI) can affect a person in many ways, ranging from physical limitations to changes in perception, thinking and neurological processing. Vision problems are also common concussion and TBI symptoms.

What is the difference between a concussion and a TBI?

To get started, let’s make sure we’re clear on terms. Here are brief definitions of traumatic brain injury (TBI) vs. concussion accepted by the U.S. Centers for Disease Control and Prevention (CDC):

Traumatic brain injury, or TBI, is a disruption of the normal functioning of the brain caused by a bump, blow or jolt to the head. TBI can range in severity from “mild” (a brief change in consciousness or mental status after the injury — including confusion, disorientation or loss of memory) to “severe” (an extended period of unconsciousness or memory loss after the injury).

Concussion is a term commonly used to describe mild TBI.

According to CDC, TBI or concussion accounted for more than 2.5 million emergency department (ED) visits and 282,000 hospitalizations in 2013. (These statistics include diagnoses of TBI alone or TBI in combination with other injuries.) TBI also contributed to the deaths of nearly 50,000 people that year.

Other researchers have found that, in 2012, an estimated 329,290 children age 19 or younger were treated in U.S. emergency departments for sports and recreation-related injuries that included a diagnosis of TBI or concussion.

Common causes of concussion or TBI

Falls typically are the leading cause of TBI and concussion in the U.S., accounting for 47 percent of all TBI-related ED visits, hospitalizations and deaths in 2013, says CDC. The percentages of fall-related TBI were highest among adults age 65 and older (79 percent) and children under age 14 (54 percent).

Being struck by or against an object (including sports and recreation-related injuries) was the second leading cause of TBI and concussion, accounting for about 15 percent of all TBI-related ED visits, hospitalizations and deaths in the U.S. in 2013.

Among all age groups, motor vehicle crashes were the third overall leading cause of TBI-related ED visits, hospitalizations and deaths (14 percent of total), according to CDC.

Other researchers have found that sports and recreational activities account for about 21 percent of all traumatic brain injuries among American children and adolescents.

Symptoms of a concussion or other TBI 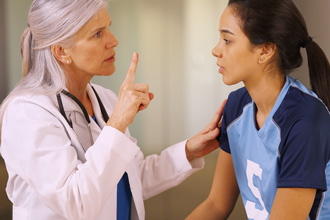 Also, following a traumatic brain injury, there often is an interruption in communication between the eyes and the brain. According to the Neuro-Optometric Rehabilitation Association  (NORA), studies show that 90 percent of TBI patients suffer from vision problems following the injury, including:

Unfortunately, concussion-related vision problems may be overlooked during initial treatment of a traumatic brain injury. Also, in some cases, visual symptoms of concussion may not be present until sometime following the injury.

Left untreated, TBI and concussion-related vision problems can have serious consequences, such as loss of ability to organize and make sense of visual information, reduced depth perception, balance and posture problems, chronic headaches and reduced concentration and reading comprehension.

Two types of eye doctors specialize in the detection and treatment of TBI and concussion-related vision problems: neuro-optometrists and neuro-ophthalmologists.

A neuro-optometrist is a Doctor of Optometry (OD) who has special training and clinical experience in the diagnosis and treatment of neurological conditions that affect the visual system.

Treatment of TBI and concussion-related vision problems provided by a neuro-optometrist typically is called Neuro-Optometric Rehabilitation (or Vision Rehabilitation).

A number of associations offer optometrists advanced training in Neuro-Optometric Rehabilitation, including a residency program offered by SUNY College of Optometry in New York.

A neuro-ophthalmologist is a medically trained eye doctor and surgeon (eye MD) who specializes in vision problems that relate to the nervous system — including loss of sight due to injury to the brain or the optic nerve that transmits visual signals from the eye to the brain. Such injuries can be caused by trauma, inflammation, strokes, tumors, toxicities and infections.

Neuro-optometrists and neuro-ophthalmologists both are skilled at identifying TBI and concussion-related vision problems. Depending on the type and severity of vision problems detected, they might offer similar or dissimilar treatment plans.

In addition to tests performed during a routine eye exam — such as visual acuity, refraction, glaucoma testing, etc. — a neuro-optometrist or neuro-ophthalmologist typically will assess other visual functions, including how the eyes work together as a team, the connection between vision and other systems such as balance and movement, and accuracy of eye movements.

Following the exam, the neuro-optometrist or neuro-ophthalmologist may develop and prescribe a treatment plan specially designed to eliminate post-concussion vision symptoms and difficulties. Treatment may include specialized glasses to help with visual processing and/or a program of in-office and at-home procedures to help reduce symptoms and promote visual recovery.

In brain injury, often one type of vision rehabilitation treatment is not enough to address all an individual's needs. An interdisciplinary, integrated team approach can play a vital role in the rehabilitation of patients with concussions, stroke or other neurological deficits.

In addition to a neuro-optometrist or neuro-ophthalmologist, rehabilitation team members may include nurses, physical and occupational therapists, speech-language pathologists, physical medicine and rehab physicians, neurologists, neuropsychologists and others.

Often, the best way to locate a neuro-optometrist or neuro-ophthalmologist is by professional referral from your eye doctor. Visit our Doctor Locator to find an eye doctor near you who can refer you to a post-concussion or TBI vision specialist.

Worried about cost? Often eye exams and treatments are covered by vision insurance.

Can a head injury cause crossed eyes?

TBI: get the facts. Centers for Disease Control and Prevention. www.cdc.gov/traumaticbraininjury/get_the_facts.html. April 2017.

Blurry vision in one eye or both eyes