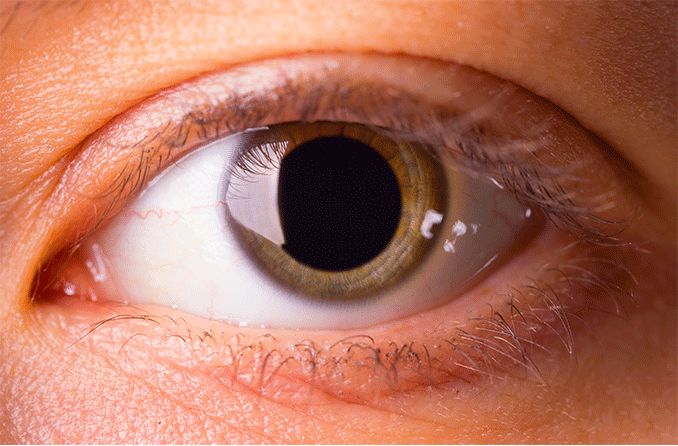 A blown, or blown out, pupil is characterized by a pupil that is largely dilated and unresponsive to light. When it occurs, a fixed dilated pupil may be present in one or both eyes.

Typically, blown pupils are seen in response to brain damage caused by trauma or stroke, though less serious causes are possible. People who notice a sudden, unexplained change in pupil size should see an eye doctor, especially if only one pupil is affected.

The key difference between blown pupils and mydriasis is pretty simple: One is a natural, normal response and the other is not.

Mydriasis is the eye’s inherent response to stimuli. For instance, when you enter a dark room, your pupils will naturally dilate (get larger) to adjust to a low-light environment.

However, once you step out of the dark room, your pupils will return to normal or adjust to the new level of brightness. In other words, mydriasis is a temporary dilation of the pupils in response to light.

Blown pupils are dilated very widely and fixed, meaning they do not respond to an outside stimulus, such as light. The largely dilated pupil may affect one eye (unilateral) or both eyes (bilateral).

Unilateral cases, where only one pupil is dilated and fixed, is known as anisocoria, meaning unequal pupil size.

Typically blown pupils occur as a response to a brain injury, such as head trauma or stroke. However, exposure to certain substances can also elicit the reaction.

Fixed, dilated pupils can be caused by several factors. While some causes are non-life threatening and may resolve on their own, medical attention is recommended. The risk involved with a blown pupil is too great to go untreated.

The most obvious symptom of blown pupils is having one or both pupils that appear abnormally dilated (large) and do not react to light.

Other symptoms associated with this include:

Treatment for fixed, dilated pupils depends solely on the cause. A medical professional can assess your symptoms, determine the severity of the situation and prescribe appropriate treatment.

If it’s determined that the blown pupil(s) are a side effect of medication or chemical exposure, your doctor will likely want to monitor your condition for a day or two to make sure no other symptoms, such as ptosis, appear.

Examination may reveal that the blown pupils are caused by problems in the brain. In this case, a neurologist or neuro-ophthalmologist will be called and additional testing may be required. Testing may include magnetic resonance imaging (MRI) or computed tomography (CT or CAT scan) to provide pictures of the brain.

Results from an MRI or CT scan will inform your doctor on how to approach treatment in the best, most effective way.

Fixed, dilated pupils can be a sign of serious, life threatening conditions and should be treated as a medical emergency. Seek immediate medical attention if:

You should also see a doctor if you experience other neurological symptoms in conjunction with fixed, dilated pupils, such as: