LASIK for farsightedness and reading 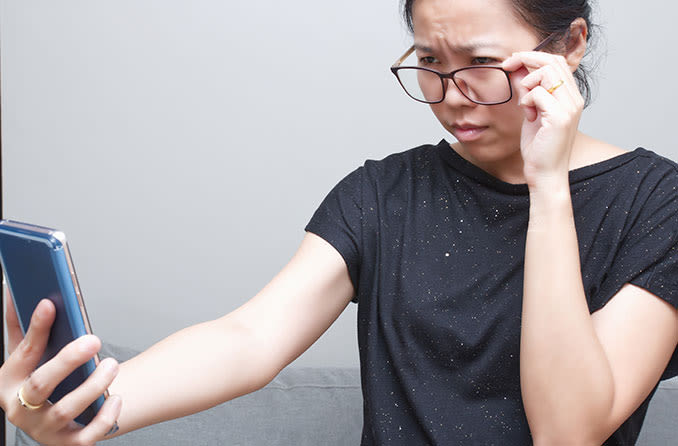 You might already know that laser eye surgery can fix nearsightedness, but can LASIK also fix farsightedness?

Yes, LASIK can correct farsightedness for patients who qualify for the procedure. The correction is often permanent and usually doesn’t require additional follow-up procedures.

In the past, farsightedness could only be treated by wearing glasses or contact lenses. Both solutions are still widely prescribed, but laser eye surgeries now offer an alternative for people who want to avoid the hassle of glasses or contacts.

If you qualify, a brief LASIK operation can be a lifelong solution to this common condition.

If you’re farsighted, distant objects appear most clearly while close-up objects are blurry and difficult to focus on.

For nearsighted people, the opposite is true. They might be able to read a book without glasses, but making out a distant street sign seems almost impossible.

You may hear eye doctors refer to farsightedness by its medical name, hyperopia. It isn’t nearly as common as nearsightedness (myopia), but farsightedness is still considered common. About 5% to 10% of Americans are farsighted, according to the National Eye Institute.

Farsightedness occurs when the shape of the eye is slightly shorter from front to back, compared to a normal eye. This causes light to focus past the back of the eye (the retina), making near objects look fuzzy.

If you have blurry vision at both near and far distances, the odds are that you have astigmatism, which can also be corrected by LASIK (or corrective lenses).

A farsighted LASIK patient goes through roughly the same process as a patient with nearsightedness or astigmatism.

During a LASIK procedure, a patient’s eyes are numbed with anesthetic eye drops before a flap of tissue is pulled back, giving the surgeon access to the cornea. Once the cornea is accessible, an ultra-precise laser changes the cornea’s surface. Don’t worry — this laser shuts off automatically if there’s any eye movement.

Finally, the surgeon puts the tissue flap back in its original place, where it heals mostly within the next few hours.

LASIK eye surgery for farsightedness may not be suitable for people with high levels of hyperopia, thin corneas or other health considerations. If you find out you’re not a good candidate for LASIK, you may still qualify for PRK, implantable lenses or other forms of laser eye surgery.

If you’re over 40 and struggle to read small print even while wearing glasses or contacts, you might have presbyopia, a natural part of the aging process that affects your near vision.

People with presbyopia often find they need to hold reading material at arm’s length to see it clearly. For those who qualify, LASIK and other types of surgery can treat presbyopia symptoms. Here are a few of the methods typically used:

Can LASIK reduce the need for reading glasses?

If you’re a candidate for LASIK, yes.

Readers can be useful for farsighted people who don’t have presbyopia, and for people as they age and the effects of presbyopia set in.

When farsightedness or presbyopia is physically corrected with a LASIK procedure, the need for reading glasses can be drastically reduced or eliminated altogether.

Schedule an appointment with an eye doctor

An eye surgeon or ophthalmologist will be happy to answer any questions you have about LASIK or other forms of corrective eye surgery.

After a brief eye exam, they can help you decide if laser eye surgery is right for you, based on your personal preferences, vision prescription and any relevant health conditions.

DO YOU QUALIFY FOR LASIK? Find an eye doctor near you and make an appointment today.

What does the average eye exam cost without insurance?