Why do we wink? What does a wink mean?

Much like a picture is worth a thousand words, a wink can have a thousand meanings.

A subtle wink has been making people swoon since long before Elvis perfected the gesture, but winks aren’t always a sign of flirtation. In fact, the meaning of a wink can be completely different depending on culture and context.

That arguably makes the wink the most ambiguous gesture used in communication. ;) or 😉

In this article, you’ll learn how and why we wink, the various meanings of a wink around the world (flirty, fun and creepy) and what to do if you’re winking uncontrollably.

Why do we wink?

Because the act is so subtle and takes on many meanings, the origin of winking is unknown. 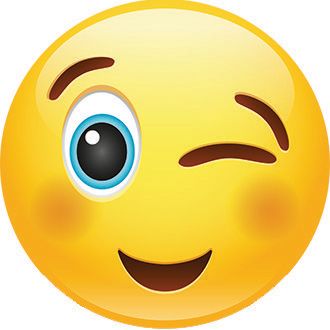 We wink to show affection, to spark a laugh, to share an inside secret and for so many other reasons. We wink in person, in emails and in text messages.

How we wink (the science behind the wink)

The act of winking involves contracting the orbicularis oculi muscle, which receives signals from the facial motor nucleus. If the connection between these two hubs is too weak, then no amount of practice will pay off with a successful wink — it’s impossible.

Not everyone can wink, and some people can wink with one eye and not the other.

Pop star and overall queen Rihanna shocked the world when it was discovered that she could not wink.

Being able to wink with one eye but not the other is referred to as ocular dominance.

WHEN WAS YOUR LAST EYE EXAM? Find an eye doctor and book an exam.

What does a wink mean?

A wink is just a wink, they say, but in reality that rarely is the case. A wink can be fun, teasing, flirty and — depending on the one doing (or receiving) the winking — unsettling.

The meaning of a wink depends on the context, the surroundings and most of all, the two people involved. It’s a shared communication.

A wink can be appreciated or inappropriate, depending on the circumstances, timing and the relationship between the person doing the winking and the one who is winked at.

In some cases, a wink may not be a wink at all, but rather a facial tic or an eye twitch caused by stress, alcohol or any number of things.

SEE RELATED: How important is eye contact in communication?

Why is winking flirty?

There’s a reason why your heart flutters when a potential suitor sends a wink your way.

Research shows that when humans find something exciting or arousing, their pupils dilate and their blinking will increase. This is the body’s response to the brain saying “more please” — excessive blinking and dilated pupils allow the eyes to take in more of what they find pleasing and send it to the brain. 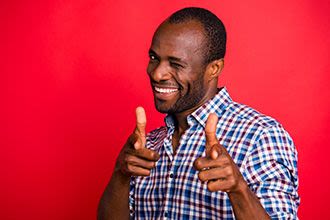 Winking at someone as a means of flirtation plays off of excessive blinking, because winking intentionally communicates that the sight of someone is exciting to you.

But what’s considered flirty in one country may be seen as rude or vulgar. If you’re a world traveler, this next section is for you. You don’t want to send the wrong signal with your wink.

What winking means in different cultures

Cultures around the world have developed their own interpretations for the wink and, as expected, they're all over the map.

Western culture — Western society has embraced the gesture and used it to communicate everything but the kitchen wink. ;) So much so, that common phrases were created to provide context for different winking situations, like “nudge nudge, wink wink” to indicate that you and another person are sharing an inside joke, or “to catch 40 winks” to describe taking a nap. 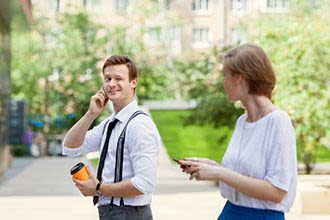 Western culture winks require more context than in other cultures, because they can mean anything from flirtation or encouragement to mockery or malice. For instance, after the Civil War, cadets at West Point Military Academy used winking to help each other cheat on tests. These days, winking is used in American sports to communicate specific instructions to teammates.

West Africa — In Nigeria, it is a sign of disrespect for a child to be in the same room as a guest, so parents will wink at the child to dismiss them from the room when visitors are present.

India — There’s a fine line for winking in Indian culture. It’s seen as a sly or flirtatious act when done between husband and wife or boyfriend and girlfriend, but as inappropriate or insulting if done to someone you’re not in a relationship with.

Australia — Taking a sharp turn in meaning, winking in Australian culture is considered rude and too suggestive, especially when done by a man to a woman.

Asia — Winking is considered a vulgar gesture in Asian cultures so unless you’re looking for a fight, keep your winks to yourself.

When a wink is not a wink, but an eye twitch

Winking isn’t always something that you “just do.” When stress gets the better of you, it can cause facial twitching, which can appear as unintentional binge winking (get it —“binge winking?”) ;) ;) ;) ;).

There are natural remedies that can eliminate those symptoms. Reducing caffeine intake; practicing meditation, yoga or light exercise; and stimulating your imagination with reading, working on a puzzle or drawing/coloring can reduce your stress and the facial twitches that accompany it.

All pet owners have been there: You’re sitting on the couch, looking at your half-asleep dog or cat, and just when you believe they can’t get more perfect, they slowly wink at you and you think, “I don’t deserve this angel.” Believe it or not, winks from animals have just as much intention and meaning as winks from humans.

Cats — When cats wink or blink at you, it’s considered the highest compliment. Referred to as a “cat kiss,” winking from cats communicates that they see you as trustworthy and they’re comfortable in your presence. In the most nonchalant cat-like fashion, they’re letting you know they love you. The coolest part is that they interpret a wink or blink the same way, so feel free to give your cat a slow wink to send them some love. 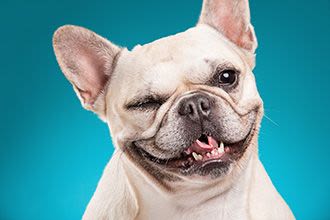 Dogs — Although many dog owners choose to believe their pup’s wink is meant to be a cute little message, it’s actually a sign of non-aggression. Unlike humans, dogs don’t rely on facial expressions to communicate, so extended eye contact is viewed as aggression and a challenge of dominance. Because your dog doesn’t want to fight you, they wink in submission. So a wink from your dog may not necessarily be a sign of admiration, but of respect, which is still heartwarming.

So should you wink or not?

Winking in the right time, the right place and the right circumstances can be a wonderful thing. It could be the spark that kindles a romance. A shared wink among friends is confirmation of an inside joke or common bond.

But beware of sending the wrong message with your wink. A wink at work may not be appreciated, while a wink from your pet is always encouraging. A wink from someone on the train or bus can be creepy. And a wink in the wrong country to the wrong person can change the mood in the blink — or wink — of an eye.

Why do people roll their eyes?