Why do people roll their eyes? 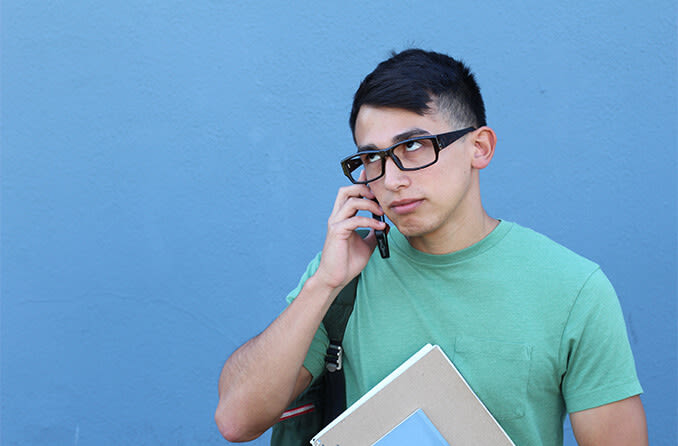 We’ve all reacted to someone or some event with a dramatic eye roll at one point or another. But why do we roll our eyes?

Humans roll their eyes for a number of reasons: frustration, annoyance and even exhaustion. However, a well-timed eye roll tends to have one explicit meaning to the one on the receiving end, and it’s a lot more dangerous than it may seem.

What does eye rolling communicate?

So often, the only response to that “off-color” joke or awkward interaction you can muster is to roll your eyes. Sometimes it’s not even a conscious response but more of a reflex. All you know is, that small gesture enables you to perfectly (and harmlessly...?) express how you feel.

But what feeling is that exactly? And is your harmless little eye roll really harmless?

“It’s one of the top cues to communicate contempt,” says Maureen Keeley, author and professor of communication studies at Texas State University. “It shows a total lack of respect and tells the other person that you hold them with very little value.”

According to Keeley, eyes express contempt in more ways than by rolling them. The act of looking someone up and down without saying anything is another eye behavior that communicates judgment and disdain.

NEED TO HIDE THOSE JUDGMENTAL EYES? Shop for sunglasses at an optical store near you or an online eyewear retailer.

How has the meaning of eye rolling changed over time?

Believe it or not, the current interpretation of eye rolling hasn’t always been what it is today. It’s held several different meanings in the past that weren’t related to irritation or contempt.

In a 1594 poem, William Shakespeare used eye rolling to communicate lust and aggressive passion. An immoral, villainous character looks upon the object of his affection and proceeds to “roll his greedy eyeballs in his head” —  not exactly a modern interpretation of “romance” and certainly not how we now engage in eye rolling.

In the 1800s, Charles Dickens described a woman on her deathbed in "Household Words: Eleanor Clare’s Journal for 10 Years" as “rolling her eyes fearfully.” And in the children’s book "Where the Wild Things Are," published in 1963, the monsters “rolled their terrible eyes.”

It wasn’t until the 1980s that eye rolling became a sign of dismissal. "The Hardy Boys" mysteries often describe eye rolling during tiffs between Chet Morton and his sister, Iola. Because The Hardy Boys were a part of popular culture, eye rolling as a sign of annoyance was established in society.

What does eye rolling mean across cultures?

Unlike most nonverbal communication, eye rolling means the same things across most cultures. However, one exception is in West Africa, where eye rolling is used to find a partner during the Guérewol festival.

This festival celebrates love and gives certain West African tribes, like the Wodaabe, an opportunity to find a partner. The main event of the Guérewol festival is the beauty pageant, where Wodaabe men compete for the attention of potential brides.

The tribe sees white teeth and white eyes as a sign of health and beauty. Men will roll their eyes back as they compete in the pageant. This enables them to prominently display and accentuate the whites of their eyes, hoping that it lands them a new mate.

Why do women roll their eyes more than men?

Men typically express their anger with a testosterone-charged brawl, but overt aggression can lead to injury or even death. Women, who are vital for carrying and producing offspring, can’t take that chance. Therefore, women have adapted their own way of “fighting” and communicating anger or disdain.

Eye rolling is a low-risk form of exerting aggression or dominance and expressing disapproval — and more often than not, it gets the job done.

Is eye rolling a learned behavior?

Yes. There is no evidence that indicates eye rolling is a natural expression.

Keeley believes children learn to roll their eyes by witnessing the behavior from parents, siblings, or television and learn to apply it to their own relationships, but it’s definitely not an innate response.

How does eye rolling affect relationships?

Many marriage and relationship experts have determined that eye rolling can be an early indicator of unhealthy and uncertain relationships.

“Contemptuous behavior is one of four predictors of divorce,” Keeley says. Although it’s not just marriages that can deteriorate with eye rolling.

“It’s a really destructive behavior for any kind of relationship,” she says. “What it’s saying is ‘I don’t respect you; I think what you’re saying is stupid.’ It’s as bad as cussing at somebody or giving them the middle finger.”

John Gottman, a famous relationship expert, believes eye rolling is such a sign of disrespect that it should be banned.

Before you *roll your eyes* at this, know the town of Elmhurst, Illinois, tried to do exactly that. In 2010, the Chicago suburb attempted to include eye rolling under the charge of “disorderly conduct” after a resident rolled her eyes at a council member during a meeting.

How do we stop eye rolling?

If you have a friend, family member or partner who frequently rolls their eyes, consider it your responsibility to call them out.

“Some people roll their eyes all the time and don’t realize they’re doing it, so they need to have somebody tell them to stop and explain what it means in a kind, gentle way,” Keeley says.

If, heaven forbid, you’re the eye roller, it’s time to reexamine your behavior and get to the root of the issue.

“You need to apologize and ask yourself, ‘why would I disrespect somebody that I care about?’ whether it’s a romantic partner, a parent, a sibling, etc.,” she advises. “We shouldn’t do it to our enemy, let alone someone we love and care about.”

It’s suggested that habitual eye rollers ask someone to keep them accountable when they perform the disrespectful act, which will help reduce and eliminate their habit.

We won’t always agree with what someone says, but there are more respectful ways to express your disagreement than with a cruel eye roll.

When you find yourself getting frustrated and feel the urge to roll your eyes, take a breath and avoid the impulse. Because a moment of annoyance isn’t worth the impact of an eye roll.

Love at first sight … is it real?