These 13 celebrities have all had LASIK eye surgery 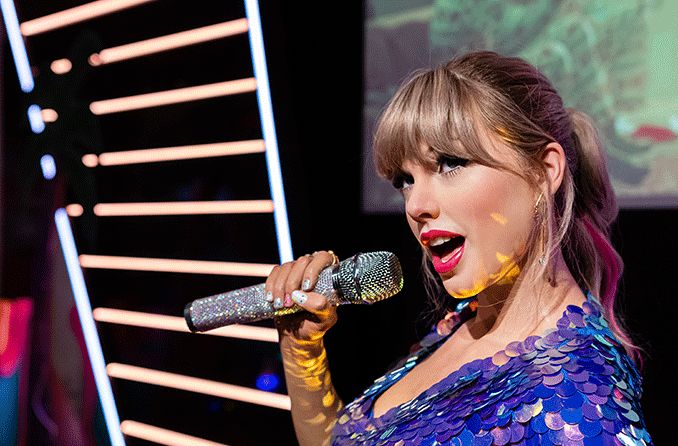 13 celebrities who have had LASIK

Surgeons have been using LASIK eye surgery to treat patients with nearsightedness, farsightedness and astigmatism since it was approved by the FDA in 1999. The quick and essentially painless procedure gives those with vision problems a chance to see clearly without glasses or contact lenses.

Nearly all of the more than 20 million people who have undergone LASIK have experienced life-changing results, and the satisfaction rate of the surgery is as much as 98%, according to studies published in JAMA Ophthalmology.

Additionally, complications with LASIK are very low — “well below 1%,” as reported by the American Refractive Surgery Council.

With such high success rates and low risks of LASIK, it’s no surprise how many people have decided to take on the surgery. But if you still need a little convincing, hearing the experiences of  your idols who have had the surgery may help.

Here are 13 of the many celebrities who have had LASIK and been satisfied with their results:

Powerhouse musician Taylor Swift had LASIK to correct her vision and she hasn’t looked back since.

… Except for that time on The Tonight Show with Jimmy Fallon in 2019 when a clip was shown of her recovery process. Swift’s mom recorded the aftermath of her refractive surgery, which included an emotional encounter with a banana (due to the side effects of her pain reliever pills).

Despite an embarrassing reminder and Fallon’s new coined hashtag, “#LasikLover,” Swift reports that she can now see very well.

When you’re as famous as Nicole Kidman, it can be difficult to dodge paparazzi and excited fans on the street. For a long time, Kidman, who used to consider herself legally blind, simply took off her glasses so she wouldn’t have to see or deal with such overwhelming situations.

Eventually, she decided to have her severe nearsightedness corrected with LASIK surgery. Ever since, she’s found a new perspective on life with her improved vision and now eagerly waves back at strangers.

Tip: if you’re nervous about your LASIK eye surgery, ask to bring a loved one with you. Kidman says that being able to hold her husband, Keith Urban’s, hand during the procedure helped ease her anxiety.

If you’re looking for a behind-the-scenes look at LASIK, you may want to watch Kim Kardashian’s procedure, which was featured on “Keeping up with the Kardashians.” (Just keep in mind this is reality TV, so it’s a bit dramatized.)

Though she was nervous, Kardashian said she woke up the next day and could see better than she ever had before. Her younger sister Kylie Jenner underwent LASIK eye surgery with the same eye surgeon years later.

Supermodel Cindy Crawford now has supermodel vision, and it’s all thanks to LASIK. She opted for the treatment after hearing good things about the eye surgery from her agent.

Crawford says she always struggled with putting contacts in and taking them out, and her glasses felt more inconvenient to her than helpful. She’s ecstatic that she no longer has to worry about falling asleep in her glasses and loves that she doesn’t need them to drive anymore.

Many people have the same problem with contacts that Kenny G used to have: bothersome dry eye symptoms after a day of wear. He also complained that by the time he was done taking out and cleaning his lenses at night before bed, he was no longer tired enough to go to sleep.

But when Kenny G found LASIK, his life changed for the better. He was so excited about his vision after the surgery that he recommended it to his friends — including Michael Bolton, who excitedly took his advice.

Now Kenny G can freely participate in the activities he loves: golfing, playing the saxophone and even flying planes — all without the hassle of wearing glasses or contacts.

If you’re familiar with Drew Carey, you know that thick-rimmed glasses are part of his signature look. You might be surprised to know that he doesn’t actually need them anymore, and that many of the glasses he wears are purely for fashion reasons.

Why? After Carey had LASIK eye surgery to correct his vision in 1999, he realized that he was nearly unrecognizable without his famous specs. To maintain his image, he added non-prescription glasses back into his wardrobe.

But within a few years, presbyopia set in for Carey, giving him a reason to wear “real” glasses again. Now Carey wears bifocals so he can read product prices more easily on “The Price is Right,” the game show he’s hosted since 2007.

SEE RELATED: LASIK: Is it a permanent fix?

Henry Winkler is among the many well-known actors who have undergone LASIK. He describes his experience in one word: “gratitude.”

Winkler recalls spending two years of his life being unable to see out of his right eye, a problem that was completely resolved in surgery. After how quick and painless the procedure was, while also delivering astounding results, he’s now one of many happy patients that recommends LASIK to friends and family.

Additionally, Winkler said that colors became much more vivid to him after LASIK. “[Before LASIK] I didn’t see blue, I must’ve seen ‘blu-h.’ I didn’t see green, I saw ‘gre-h,’” he said.

Basketball legend LeBron James had LASIK in 2007. After the surgery, his shooting percentage increased by nearly 50 points. While some are skeptical that his vision correction is entirely to thank for this, those numbers add up!

Other NBA stars have spoken about their positive LASIK experiences — Dwyane Wade, Chris Paul and Richard Hamilton all reported improvements in their game after the surgery. And their stats and percentages have all reflected it too.

If you’re an athlete with a refractive error, LASIK can help you, too, improve your performance on the court, field or course.

Even Captain Kirk has had his share of vision problems. Actor William Shatner, who played Captain Kirk on “Star Trek,” is like many adults who struggle with both nearsightedness and farsightedness. For a long time, he actually wore one contact for distance and the other one for reading. (This is called monovision.)

As he prepared for LASIK surgery, Shatner originally requested to only have his distance vision corrected, but his doctor suggested otherwise. So just like his contact lens prescription, he had one eye corrected for distance vision and one corrected for near vision (reading distance). This goes to show that refractive surgery is customizable to each person’s individual needs.

Courteney Cox, famous for “Friends” and the “Scream” franchise, had LASIK surgery too. She says that it saved her career. It may seem like a bold statement, but Cox’s vision before LASIK was actually so poor that she was considered legally blind.

She confessed that without her glasses, she even had trouble telling apart her “Friends” co-stars, Jennifer Anniston and Lisa Kudrow (the two have completely different hair colors).

Now Cox says she has no problem reading cue cards and “every day is a new experience of vibrant colors.”

King of 80s love ballads Michael Bolton has also had LASIK. He recalls playing a round of golf after the procedure and noticing the course looked much greener than it did before. Colors in general seemed more vivid, in fact. His doctor said that was because he no longer had a piece of material (a contact lens or a glasses lens) between his eye and the world around him.

Bolton credits Kenny G (listed above) as an influence in his decision to have the surgery. Both musicians agree they’ve had great results.

With changes so significant, he admits that his experience was quite emotional. He may even ask himself, “How was I supposed to live without LASIK?”

Have you ever sat down to read a book or review a document and realized you need your glasses — but they’re nowhere to be found? Have you gotten even more frustrated when you realized that in order to find your glasses, you probably need to be wearing your glasses to see where they are?

These are some of the concerns that actor Dennis Quaid had before getting LASIK. In a testimonial video, he explained that he couldn’t read restaurant menus without his glasses. And when he was winding down for bed, he’d pick up a book to read but couldn’t start because he didn’t know where his glasses were.

Getting LASIK eye surgery can help with these inconveniences and, according to Quaid, “will change your life for the better.”

Musical parody sensation Weird Al Yankovic sported a pair of glasses and a mustache as one of his signature looks for years. But in 1998, he opted for LASIK eye surgery to correct his nearsightedness. It’s safe to say that his vision is now a little less “weird.”

Yankovic ditched the facial hair at around the same time as his specs, though he still grows out his mustache from time to time.

Is LASIK for you?

Many more celebrities have had LASIK, and it seems that most have truly enjoyed the results. You may recognize the names of a few other fans of the procedure, including:

But famous people aren’t the only ones who can benefit from LASIK.

Whether you’re tired of the hassle of glasses and contacts, or if you want to improve your performance on the court or field without them, you too can find positivity in refractive surgery. According to many celebrities, it’s a quick and painless procedure that will change your life, no matter what refractive error you have (nearsightedness, farsightedness and/or astigmatism).

If you’re still weighing the pros and cons of LASIK eye surgery for yourself, that’s OK. Keep doing research, and be sure to consider both the benefits and the risks of LASIK. For more information, talk to your eye doctor.

READ NEXT: Celebrities who have myopia

Is LASIK Safe? What You Need to Know. American Refractive Surgery Council. October 2021.

Symptoms and satisfaction of patients in the patient-reported outcomes with laser In situ keratomileusis (PROWL) studies. JAMA Ophthalmology. January 2017.

Nicole Kidman tells it like it is. Marie Claire. November 2007.

After surgery, Drew Carey has clearer vision for the future. Chron. January 2001.

20 true facts about Drew Carey that will blow your mind. CBS. Accessed February 2022.