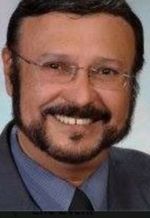 Dr. Hector Santiago is professor and director of research activities at the IAUPR School of Optometry, chair of the education committee of ALDOO and vice-president of the Puerto Rico Optometric Association.

As a member of Lions Clubs International, he has directed more than 20 humanitarian clinical missions in the Dominican Republic where more than 15,000 patients have received free eye care, eyeglasses, medications and pterygia surgeries. He has received support from the Lions Clubs Foundation for work to develop low vision services in Puerto Rico and to conduct a study of the refractive error and visual dysfunctions of the children of Puerto Rico.