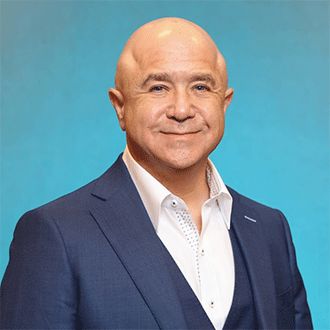 Dr. Alan Glazier is the founder and visionary behind ODs on Facebook and ODsOnFB.com, the eye care industry's largest and most highly engaged eye care organization online OR off, with over 43,000 members.

The founder of Shady Grove Eye and Vision Care in Rockville, Maryland, Dr. Glazier is also a partner and business development executive in Keplr Vision, which partners with optometrists to set up a legacy exit strategy for their mature practices.

In 2011 and 2012, Dr. Glazier was voted one of the most influential optometrists in the U.S. by VisionMonday. In 2015, he was named one of the 50 most influential optometrists ever by peers, and in 2016, Dr. Glazier was selected as one of 250 innovators in optometry by Primary Care Optometry News. In 2017, he was honored as Maryland Optometrist of the Year.

In 2019, Dr. Glazier gave the commencement speech at his alma mater, New England College of Optometry, where he was also awarded the President’s Medal. He was subsequently appointed to the college’s board of trustees.

Dr. Glazier is the listed inventor on seven patents issued in computer science and ophthalmology. He serves on many boards and works as a consultant to several companies. He is a podium lecturer on myopia control, practice marketing and clinical topics, and he has authored over 100 journal articles and two books.