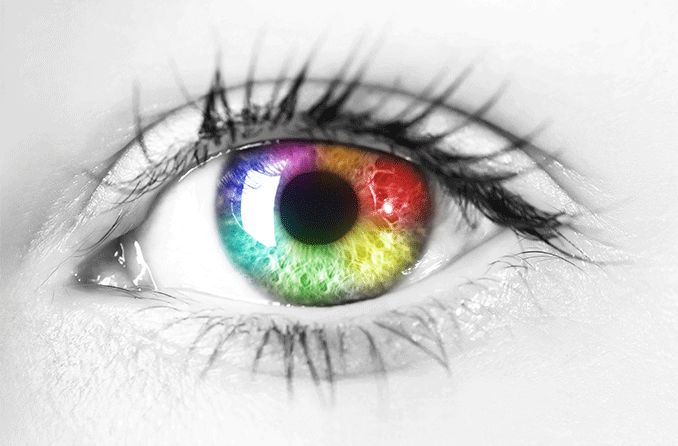 Which eye color is most common — icy blue, beguiling brown or glimmering green?

The answer largely depends on where you live or where your ancestors came from. Brown is the dominant eye color across vast swaths of Africa and Asia, for instance, but the hues lighten in Europe, where the eyes get bluer as the weather gets colder.

Most common eye color? The browns have it.

Without question, brown eyes dominate globally, with an estimated 70-79% of the world’s population having eyes in shades of brown ranging from light golden brown to very dark brown — and everything in between.

Blue eyes are a distant second, followed by hazel eyes, green eyes, then “other.” This last category includes amber eyes, gray eyes and even violet eyes.

The most common eye colors depend largely on geographic location. For example, Asians typically have brown eyes, while Europeans are more likely to have eyes of blue or other lighter hues.

The website WorldAtlas.com takes a stab at estimating the breakdown of eye colors worldwide. Their numbers:

The stats for the United States shake out a bit differently. A poll conducted for the American Academy of Ophthalmology resulted in the following percentages:

That the majority of Americans have light eyes is likely a reflection of the country’s earliest immigration patterns, with many new inhabitants coming from European countries where blue eyes dominate.

At the same time, nearly half of the U.S. population has brown eyes. It’s the dominant eye color in people with Native American and African ancestry, as well as those with family trees that trace back to Asia, the Middle East, Central or South America and other nations where brown eye color is the most common.

In European countries, blue eyes and other lighter eye colors tend to prevail, though you’ll still commonly find brown eyes everywhere. Brown eyes in an otherwise mostly light-eyed region may point to a genetic leftover and a time in history during which everyone in the world had brown eyes.

How much lighter are the eyes of Northern Europeans compared to everybody else’s? Quite a bit. Keep that 70-79% global estimate for brown eyes in mind when you look at the numbers below from a study in the journal “Forensic Science International: Genetics.”

A few points pop out:

Blue eyes have been common across Europe since prehistoric times. Indeed, one study found evidence of blue-eyed hunters and gatherers roaming Spain 7,000 years ago.

Why do eyes come in so many colors?

Almost all humans have some brown in their eyes. That’s because eye color comes from melanin, the same brown pigment that gives color to our hair and skin.

Blue eyes have almost no tint in the front layer of the iris. On top of that, blue eyes are not truly blue. Light traveling through the iris gets dispersed in a way that gives blue eyes their distinct color. (This same effect makes the sky appear blue.)

Similarly, people with hazel, gray and green eyes have varying quantities of tint in the front layer. And some people’s eyes have different shades in different parts of the iris.

Eye color: The role of genetics and environment

Genetic research suggests that until about 10,000 years ago, pretty much everyone had brown eyes. Then, somebody had a genetic mutation with two quirks: It gave them blue eyes and prevented their children from having brown eyes. Now, geneticists suggest everybody with non-brown eyes can trace their eye color back to that one person.

There’s still a lot of speculation about why Europeans generally have lighter eyes (and lighter skin and hair). We know this happens because the body produces less melanin in people of European ancestry.

It’s been suggested that the cooler climate of northern Europe may have encouraged the rise of a population of people with lighter eyes, hair and skin. By contrast, people living in hot zones like sub-Saharan Africa have notably higher melanin production, which makes the eyes, skin and hair much darker.

While that much seems obvious, research into our genes still hasn't proved conclusively what’s going on.

“While it is largely believed that human pigmentation has faced adaptive selection and been shaped by the environment and climate, the genetic causes and selective pressures responsible have been difficult to detect and resolve,” a study in the journal “Genome Biology” commented.

That same study suggested an intriguing possibility: Blue-eyed northern Europeans may have somehow adapted an ability to fend off seasonal affective disorder (S.A.D., also known as the winter blues). Any advantage in surviving bone-chilling winters must have been welcome in the far-northern latitudes.

Some people attribute certain qualities to eye color. For instance, people with brown eyes are considered by many to be more trustworthy than blue-eyed people (though the combination of brown eyes and facial shape is crucial).

Some other interesting facts include:

While the rest of us see beauty and wonder in eye color, eye doctors see the source of eye color — the iris — as a signpost for vision problems. Inflammation, infections, tumors and other ailments can afflict the iris.

Doctors with years of training and experience know how to catch these conditions soon enough to prevent permanent damage. This is why regular eye exams repay your investment many times over.

That’s true for people of every eye color.

READ MORE: Eye exams: 5 reasons why they are important