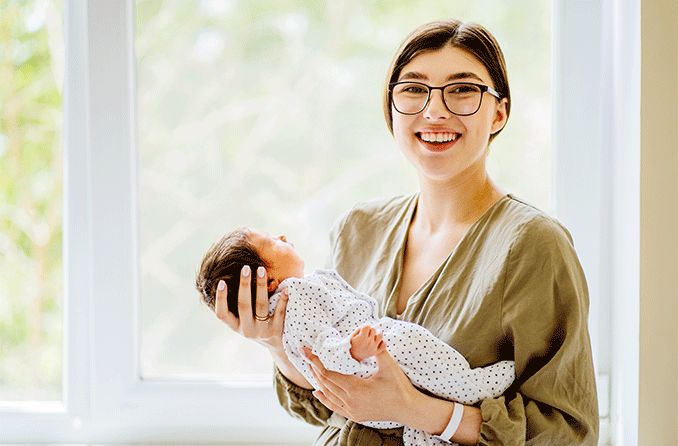 The next generation will not only inherit myopia — it will be an even bigger concern for them than it is right now. The percentage of people with myopia has been rising for years, and it will continue to increase at an alarming rate.

Myopia (nearsightedness) can seem like a common problem with an easy fix. You go to an eye doctor, get a prescription and buy a pair of glasses or contacts. But for some people — children in particular — that isn't enough.

Myopia that progresses quickly during childhood can cause a severe level of nearsightedness called high myopia. It can lead to serious, sometimes sight-threatening problems later in someone's life.

How many people have myopia now?

Researchers believe that 2.6 billion people worldwide had myopia in 2020, according to a frequently cited review of 145 different studies published in 2016. At the time, that equated to about 34% of the world’s population.

The estimated number of people with myopia varies depending on where they live. For example, the following percentages of people had myopia in 2020:

Note: Regions are classified based on the Vision Atlas, a tool designed to illustrate the effects of vision loss around the world.

How many people will have myopia in the next generation?

By 2050, more than 4.7 billion people worldwide will have myopia, according to the same review. That will represent nearly 50% of the world population.

Why are myopia numbers increasing across the world?

Researchers think longer hours spent doing near work and fewer hours spent outside are mostly to blame for the sharp rise in myopia.

"Near work" is any activity that requires focusing on something close to your eyes. It includes things like reading, writing, and using a computer or mobile device.

This could help explain why more people have myopia in parts of the world where, on average, kids and teenagers tend to spend more time inside performing near work, according to the National Eye Institute (NEI).

Researchers aren't exactly sure why more outdoor time can help delay the onset of myopia. One popular theory is that the extra sunlight exposure increases the amount of dopamine released into the retina and slows eye growth, according to the NEI.

However, outdoor exposure does not appear to slow the rate of myopia progression once a child has developed the condition. It only seems to help delay the onset of myopia.

Is there anything you can do?

Yes! There are a few different ways you can reduce myopia's impact on the next generation.

If a child doesn't have myopia, parents can lower their risk of developing it by encouraging them to spend at least two hours outside every day.

For children who have already been diagnosed with myopia, parents can:

Myopia may be a silent epidemic, but that doesn't mean it's hopeless. By creating awareness of the problem and acting on it, we can slow — or one day, even reverse — the rising levels of nearsightedness.

READ NEXT: How to answer your child's questions about myopia (and wearing glasses)

Trends in prevalence of blindness and distance and near vision impairment over 30 years: An analysis for the Global Burden of Disease Study. The Lancet Global Health. December 2020.

Myopia: A close look at efforts to turn back a growing problem. National Eye Institute. October 2017.

Is nearsightedness due to the eyeball being too long?

Can eating carrots improve your eyesight?

Can nearsightedness be a good thing?