Symptoms of pink eye based on type of conjunctivitis 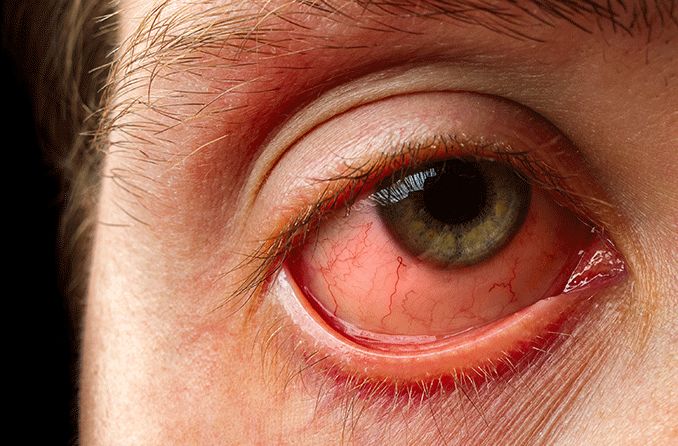 Each type of conjunctivitis has slightly different signs and symptoms because they each have a different cause. In other words, pink eye that is caused by a virus may look and feel a little different than pink eye caused by a bacterial infection.

However, it can be nearly impossible to tell them all apart without an eye exam from a doctor. The slight differences in symptoms are not always clear or even visible to the naked eye.

Pink eye signs and symptoms in adults, kids and babies are generally about the same. For example, the symptoms of pink eye in toddlers won’t be more or less noticeable than symptoms in kids or adults and vice versa. The viral and bacterial forms are extremely contagious among all ages of people, but those who spend time in group environments like offices and classrooms are more at risk.

The viral form is the most common and accounts for about 80% of all cases. It is usually caused by the same types of viruses that cause seasonal colds and flu, so it often occurs alongside a cold, flu or upper respiratory infection. Symptoms usually last between one and two weeks, but it is contagious before symptoms appear.

Symptoms can show up in one eye, both eyes, or one eye and then both eyes. Viral pink eye symptoms in kids and adults can include:

This form is caused by a contagious bacterial infection instead of a viral one. It can often occur along with an ear infection. Bacterial pink eye symptoms can last one to two weeks, but they tend to clear up within about a week. Treatment with antibiotics can reduce the length and severity of any symptoms.

Bacterial conjunctivitis can affect one or both eyes, and its symptoms tend to be more noticeable than the viral or allergic types:

This can be caused by many common allergens that make eye allergies flare up. It affects both eyes and usually occurs along with other typical allergy symptoms. It is not contagious and will eventually go away on its own, but over-the-counter eye drops or allergy treatments can help to ease symptoms.

Allergic conjunctivitis symptoms can closely resemble the viral form, but they are often milder. Symptoms can include:

Symptoms of other types of pink eye

There are several other types of conjunctivitis besides viral, bacterial and allergic. They all tend to share most of the same symptoms, to varying degrees. However, there are a few notable differences.

Irritant conjunctivitis is a catch-all term that covers any type caused by external irritants. It includes chemical, toxic and giant papillary conjunctivitis.

Giant papillary conjunctivitis (caused by consistent friction from the eyelid moving over an object in the eye, such as a contact lens, suture or prosthetic):

Conjunctivitis does not generally have different early-stage and later-stage symptoms. Bacterial pink eye has a shorter incubation period than viral, but the symptoms of both tend to appear all at once. However, they may get a little worse before they get better.

Though most cases seem to show up “overnight,” there can be exceptions. For example, symptoms of irritant conjunctivitis may appear immediately or over time, depending on the cause.

Is pink eye a symptom of COVID?

Pink eye can be a symptom of COVID-19, but it seems to be rare. COVID-19 can be spread via the eyes, and viral pink eye can be caused by the coronavirus. However, other viruses and bacteria are much more common causes.

If you have symptoms of pink eye, it's important to let your eye doctor know if you suspect you've been exposed to COVID-19.

How to relieve your symptoms

After your doctor determines which type of pink eye you have, there are a few things you can do to ease your symptoms at home.

Never use any "natural" treatments for pink eye without talking to your eye doctor first. Some of them can be dangerous without proper guidance.

Schedule an appointment with your eye doctor

Any time your eyes become irritated or your vision changes, contact your eye doctor. While most cases of pink eye are harmless and resolve on their own, some can be quite serious and require treatment. It’s very difficult to self-diagnose which type of pink eye you or your child may have.

Conjunctivitis symptoms can also look identical to symptoms of other serious eye conditions. It’s important to see an eye doctor to ensure you receive an accurate diagnosis and any appropriate treatment needed.

What is conjunctivitis? Association for Professionals in Infection Control and Epidemiology. Accessed August 2022.

What kind of eye drops are used for pink eye?