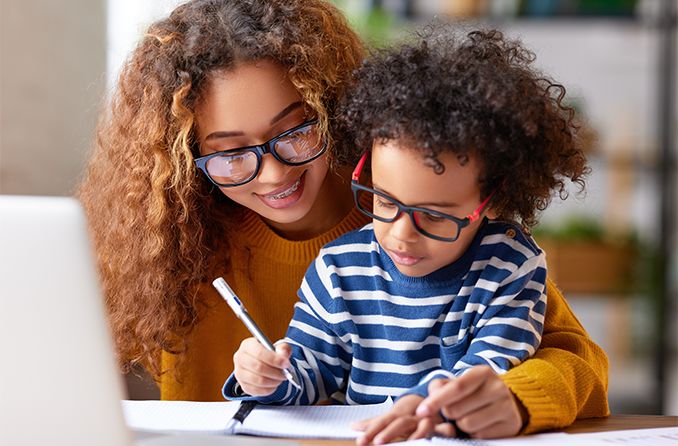 The exact cause of nearsightedness is not completely understood, but several factors contribute to this refractive error, which is characterized by clear eyesight up close but blurry distance vision.

Nearsightedness, or myopia, occurs when an eyeball grows too long or the cornea becomes too steeply curved. The result is that light entering the eye doesn't come to a clear focus point on the retina, which is required for clear vision at all distances.

More than 150 myopia-prone genes have been identified in recent years. One such gene alone may not cause the condition, but people who carry several of these genes have a much higher risk of becoming nearsighted.

Nearsightedness — along with these genetic markers — can be passed along from one generation to the next. When one or both parents are nearsighted, there’s a greater chance that their children will develop myopia.

Genes are just one piece of the myopia puzzle. Nearsightedness can also be caused or worsened by certain vision tendencies — specifically, focusing the eyes on objects up close for extended periods of time. This includes consistent, long hours spent reading, using a computer, or looking at a smartphone or tablet.

While existing myopia typically stabilizes sometime during early adulthood, the habits children and adolescents establish before then can worsen nearsightedness.

Encouraging less time focused on nearby objects and more time outdoors, in natural sunlight, can help reduce a child’s risk of developing myopia or worsening existing nearsightedness, according to the American Academy of Ophthalmology.

SEE RELATED: Is your child at risk for myopia?

It isn’t always easy to pinpoint exactly what causes nearsightedness, but that doesn’t make early detection any less important. If discovered during early childhood, myopia control measures can be taken to slow the progression of nearsightedness over a child’s lifetime.

Some children who develop progressive myopia at a young age can go on to develop high myopia — a severe level of nearsightedness. These elevated levels of myopia increase the risk of developing serious eye problems later in life, such as glaucoma, macular degeneration and retinal detachment.

Nearsightedness can be easily detected during a painless, comprehensive eye exam with an eye doctor. Diagnosing myopia at an early age, then taking steps to reduce its progression, can greatly reduce the chances of developing complications later on.

READ MORE: Why myopia progression is a concern — and what you can do about it

What does “nearsighted” mean?

What is bilateral myopia?