Intacs corneal inserts or implants: A proven treatment for keratoconus 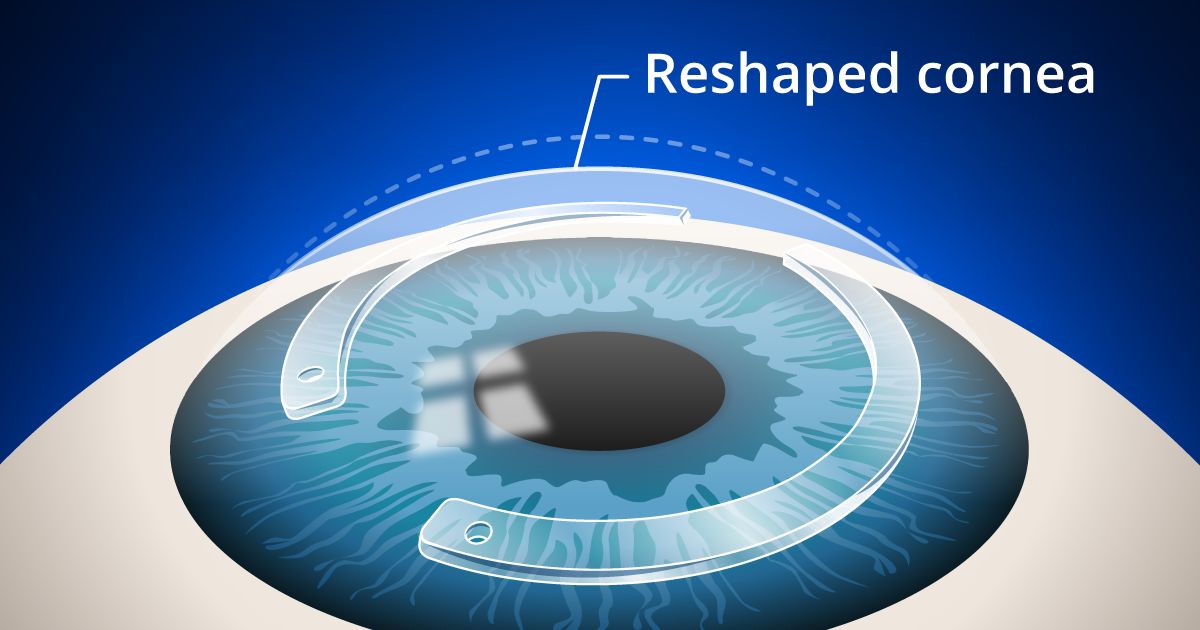 Intacs corneal inserts or implants are a minimally invasive surgical option used primarily for the treatment of keratoconus.

Originally FDA-approved in 1999 for the surgical treatment of mild myopia (-1.0 to -3.0 diopters), Intacs are two tiny, clear crescent-shaped pieces of a plastic polymer that are inserted into the cornea to reshape the front surface of the eye.

The FDA in July 2004 granted Intacs a Humanitarian Device Exemption for use in the treatment of keratoconus largely because of Intacs' safety record and because only a few treatment options, such as corneal transplants, were available for keratoconus.

The approval allows Intacs to be marketed for reduction or elimination of myopia and astigmatism in keratoconus patients where functional vision is no longer obtained with contact lenses or eyeglasses.

In early January 2006, the FDA formally acknowledged that Intacs implants are therapeutic devices that can be described in company literature as corneal implants, rather than prescription inserts.

The corneal implants are designed for long-term vision correction. If you are among the 4 percent of people who are not satisfied with results or you have troubling visual symptoms, you can ask a surgeon to remove the Intacs.

Intacs can be replaced with different-size implants or removed for good. You have the option of replacing them with new rings at a later date if your prescription changes with age.

If Intacs are removed, vision tends to return to the way it was before surgery within three months. Those receiving replacement Intacs have obtained good visual results as well, and no serious problems with repeating the procedure have been reported.

Intacs are made of the same biocompatible material found in intraocular lenses used for cataract surgery, so there is little or no risk of adverse effects from the material.

In a very few cases, however, eye irritation, blepharitis or abnormal blood vessel growth in the cornea (neovascularization) may occur. Also, Intacs may produce no corrective effect in fewer than 5 percent of individuals with keratoconus.

The procedure takes about 15 minutes and is done on an outpatient basis, but you will need someone to drive you home after surgery. Before surgery, your doctor places anesthetizing drops in your eye and may give you a mild oral sedative.

During the procedure, your surgeon creates a tunnel between layers of the corneal stroma, outside of the central optical zone.

The surgeon then chooses the appropriate ring thickness. A thicker ring in Intacs means more flattening of the cornea, which increases the level of vision correction achieved. After one or two crescent-shaped Intacs are inserted into the tunnel, the procedure is over.

You'll probably rest for a while, then go home (have someone else drive you). Most people have sharper vision the first day after surgery, but you may need a couple of days of relaxation to promote healing. You won't feel the ring segments, because they are beneath the cornea's nerve endings. Other people can't see them unless they look very closely into your eyes.

For more advanced cases, rigid gas permeable contact lenses may be needed to improve vision or to delay or prevent the need for a corneal transplant.

Intacs can be very effective at changing the shape of the cornea and flattening the cone caused by keratoconus. But the Intacs procedure cannot halt the progression of keratoconus caused by weakening of the collagen (structural protein) within the corneal tissue.

A procedure called corneal cross-linking (CXL) uses a combination of a topical solution of vitamin B (riboflavin) and controlled UV light exposure to strengthen corneal collagen fibers and stabilize the cornea. In some cases, CXL is used in combination with Intacs implants for the best treatment outcome in progressive keratoconus.

Results Of Clinical Trials For Intacs For Keratoconus

Clinical trials of Intacs for keratoconus and other corneal thinning disorders have shown encouraging results.

SEE ALSO: Answers From An Eye Doctor About Keratoconus >

In a study of 58 eyes of 43 patients with keratoconus, average uncorrected visual acuity improved from worse than 20/200 to better than 20/60 after Intacs implantation, and the average amount of corneal astigmatism decreased from 3.34 D to 1.97 D.

A study of Intacs for the treatment of corneal thinning and bulging (ectasia) occurring as a complication of LASIK surgery showed that uncorrected visual acuity improved from 20/100 or worse prior to Intacs implantation to 20/40 or better one year after the procedure in 90 percent of treated eyes.

And a study of the effectiveness of Intacs for the treatment of keratoconus and post-LASIK corneal ectasia showed that insertion of a single Intacs segment in these eyes improved uncorrected visual acuity to the extent that the participants in the study could see nine lines better on a standard eye chart.

Regarding the use of Intacs for the correction of myopia, a literature review of 452 individuals who underwent the procedure found that 12 months after surgery, 97 percent of treated eyes had 20/40 vision or better, and 74 percent had 20/20 or better.

Just under 9 percent of patients requested to have their Intacs removed due to side effects such as glare, halos and night vision problems or because their vision was under- or over-corrected, and 3.8 percent required a secondary surgical procedure. There were no serious complications.

One of the benefits of the Intacs procedure is that the corneal ring segments can be removed if necessary. In other words, the procedure is reversible if outcomes aren't perfect.

A study of the reversibility of Intacs for nearsightedness, found that, at three months following removal of the Intacs corneal ring segments, 20 of 21 eyes returned to within 1.0 D of their preoperative refractive error and there were no surgical or postoperative complications.

Are You A Candidate For Intacs?

If you are considering Intacs surgery for keratoconus, your first step is to have a comprehensive eye exam by an ophthalmologist who specializes in the procedure. He or she will examine your eyes and perform a number of measurements to determine if the procedure is likely to improve your vision.

If you are interested in Intacs corneal ring implantation for the correction of nearsightedness, you must be at least 21 years of age and have a stable eyeglasses prescription with no more than -3.0 diopters (D) of myopia and no more than 1.0 D of astigmatism.

After examining your eyes, your eye doctor can tell you more about Intacs. The cost of the procedure varies from surgeon to surgeon, but generally Intacs cost slightly more than laser vision correction.

[Read the latest prices for LASIK and other procedures.]

Comparison of single-segment and double-segment Intacs for keratoconus and post-LASIK ectasia. American Journal of Ophthalmology. May 2006.

Cornea transplants: What to Expect from Keratoplasty

Can I Get LASIK If I Have Thin Corneas?

What Is Corneal Cross-Linking For Keratoconus?