Choroidal nevus: A hidden “freckle” in the eye 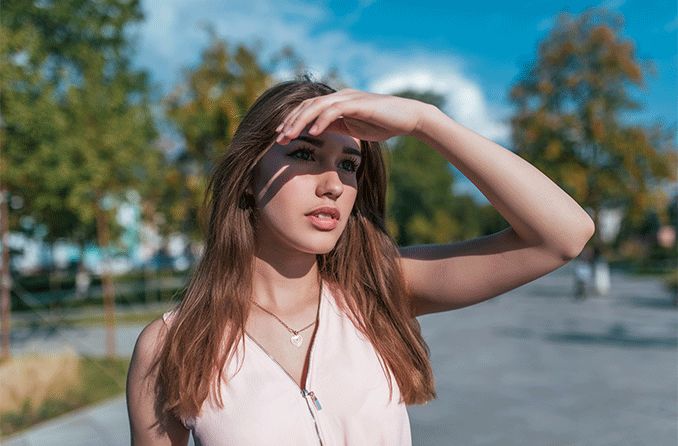 Just as you can get a freckle or mole on your cheek or nose, you can develop a spot known as a nevus on (or in) your eye. A choroidal nevus (plural: nevi) is a harmless spot inside of your eye that’s usually flat and gray in color. However, it is not visible in the mirror.

It’s unlikely you will know you have a choroidal nevus unless your eye doctor spots it during an exam.

Choroidal nevi are common (about 10% of the population has them). It’s a good idea to know what a choroidal nevus is, how likely it is to turn into cancer — just like a mole on your skin can — and why it’s important to get it checked by your eye doctor regularly.

Anatomy of a choroidal nevus

A choroidal nevus gets its name from its location in the choroid. This is a layer of tissue rich in blood vessels that is located between the white of the eye (sclera) and the retina (the sensory membrane lining the back of your eye).

A choroidal nevus is a type of growth sometimes known as an eye freckle. Other types of eye freckles are also named for their location in the eye. These are the three main types of nevi in the eye:

A choroidal nevus can be a variety of different colors, including gray, brown, yellow or multicolored.

In some very rare cases, a choroidal nevus may cause symptoms such as:

These symptoms are also linked with many other eye conditions, some of which are serious. See your eye doctor right away if you have any eye symptoms that affect your vision.

A choroidal nevus occurs when pigmented cells called melanocytes clump together to form a growth on the inside of the eye.

Doctors don’t know exactly what causes a choroidal nevus. But it’s possible that exposure to the sun’s UV rays may play a role in the development of an eye freckle.

The risk of developing a choroidal nevus increases with age and is linked to race. In people aged 40 and over, almost 6% of white adults, almost 3% of Hispanic adults and less than 1% of African-American adults have a choroidal nevus.

Some common warning signs that may alert your eye doctor that a choroidal nevus is or has turned into a melanoma include:

As part of a comprehensive eye exam, your eye care professional may do a fundoscopic exam, also known as ophthalmoscopy.

Your doctor will use lights and special lenses to look deep into the eye to see structures, including blood vessels, the optic nerve and the retina. A fundoscopic exam can help an eye doctor diagnose a choroidal nevus and many other conditions, including glaucoma, retinal detachment and macular degeneration.

Your doctor may take a picture of the lesion to see if it grows or changes over time. You may need to see your eye doctor for a recheck in about six months, and you’ll need to continue getting regular eye exams.

It’s important to see your eye doctor regularly. They will be able to spot a choroidal nevus during a routine eye exam. Your eye doctor can monitor it over time with regular checkups to see if it grows or changes.

It’s also a good idea to practice prevention by protecting your eyes with sunglasses that block 100% of UV rays. If you don’t wear sunglasses all the time, get a quality pair and remember to put them on before heading outdoors.

Choroidal nevus growth over 13 years: is it a problem? Retina Today. January/February 2017.

How can the sun damage your eyes?