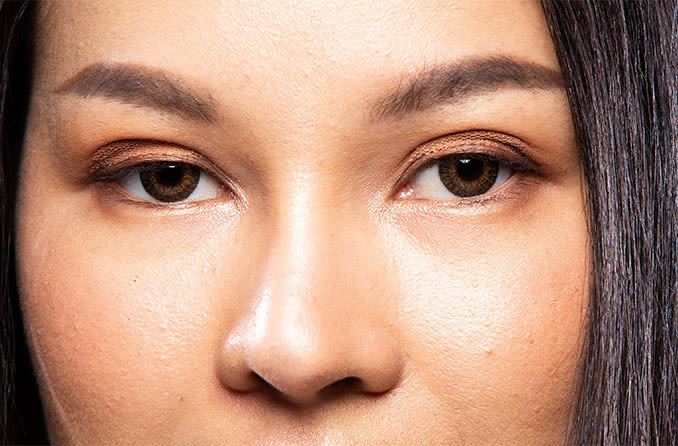 What causes ptosis in one eye?

One-sided (unilateral) ptosis can be triggered by one of several causes. These include physical problems with the muscles, tendons or eyelids. Additionally, ptosis can be caused by a malfunction in the way nerves send signals to the muscles in the eyelids. Certain injuries can also cause ptosis.

But ptosis can also occur without any obvious cause.

In other cases, it can look like someone has ptosis when in reality, they do not. The appearance of ptosis can be caused by the way the skin or fat cells gather around the eyes. Make sure not to confuse ptosis with hooded eyes, which is a harmless genetic trait that only affects appearance.

The only way to know for sure if you have ptosis and to determine its cause is to schedule an appointment with an eye doctor. Eye care professionals have tools and tests at their disposal that can provide an accurate diagnosis and rule out any serious eye-related conditions. If your eye doctor suspects a cause that isn’t related to the eyes, they may refer you to a specialist.

Can ptosis happen in both eyes?

Yes, but it is much less common than ptosis in one eye. Ptosis in both eyes is called bilateral ptosis.

Naturally, ptosis that occurs in both eyes can restrict vision even more than unilateral ptosis. This can make symptoms like aching and dry or watery eyes even more noticeable.

Many of the causes listed above, including injuries, illnesses and other medical disorders, can result in bilateral ptosis. The process of aging can also cause varying degrees of ptosis in both eyes.

In some situations, ptosis can have a serious underlying cause. But ptosis can also be harmless, mild and may even go away on its own. If you think you have ptosis, it’s important to rule out anything serious with the help of an eye doctor.

In some cases, ptosis can be a sign that someone is having a stroke. If you or someone you know is experiencing any of the signs or symptoms of stroke, seek emergency medical attention immediately.

Can ptosis occur at any age?

Yes. Since ptosis can be a symptom of an underlying disease, it can occur at any age.

Ptosis can even be present as early as birth, which is called congenital ptosis. The majority of congenital cases affect one eye, but they can also affect both eyes.

Children, adults and seniors can develop ptosis for any of the reasons listed above. These cases are called acquired ptosis, or ptosis that was acquired from a separate condition or injury.

Additionally, older people can experience droopy eyelids as part of the aging process. This is called aponeurotic ptosis or senile ptosis.

Can droopy eyelids go away on their own?

Yes, some cases of ptosis can go away on their own. They can also return without warning. This cycle of coming and going can sometimes repeat indefinitely.

However, many forms of ptosis will not go away on their own. In these cases, medical treatment of the underlying condition or ptosis itself will be necessary.

How does ptosis surgery work?

Three different ptosis surgery options are available. Which type of surgery is recommended depends on the degree, cause and type of ptosis. Two types involve the eyelid muscles, while a third involves attaching the eyelid to the brow muscle and using it to help open the eyelid.

During the most common surgery, levator enhancement, a surgeon makes an incision in the upper eyelid and changes how the eyelid’s levator (literally, “lifting”) muscle attaches to connective tissue. Abnormal position or function of the levator muscle is typically responsible for congenital ptosis visible at birth or shortly thereafter.

After surgery and recovery, the patient should be able to open the affected eyelid(s) to a more normal level.

Can you fix droopy eyelids yourself?

Unless your droopy eyelids are sleep- or stress-related, there isn’t much you can do to fix ptosis on your own. Surgical treatment is almost always the only way to truly “fix” a form of ptosis that doesn’t go away on its own.

While there is no proven self-treatment for ptosis, you might see some temporary improvement using certain exercises and techniques. Always make sure to ask your eye doctor about any home remedies before you try them.

When should I talk to my doctor about ptosis?

If you experience droopy eyelids affecting one or both eyes, schedule an appointment with an optometrist or ophthalmologist. Your eye doctor can help you find out what is causing your condition and whether any additional testing is needed.

READ RELATED: How do you test for ptosis?