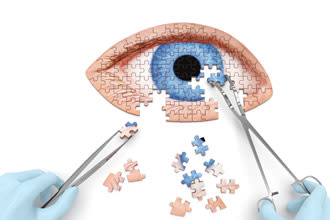 LASIK eye surgery results have continued to improve, along with supporting technology and surgeon skill, which should offer some reassurance to candidates who are unsure about what to expect.

Thanks to LASIK, millions of people throughout the world are less dependent on glasses or contact lenses. Still, the decision to have LASIK should be approached with caution. Because surgery is involved, some serious potential risks, though rare, are associated.

Because LASIK is an elective procedure, you will be contemplating surgery on an otherwise healthy eye. For that reason, always consider that you have the option of safe and effective nonsurgical alternatives, such as glasses and contact lenses.

When considering LASIK, do some homework and consult with your eye doctor to learn more about the procedure. Ask about potential LASIK complications as well as visual outcomes.

Inquire about the technology your LASIK surgeon uses for the procedure. In LASIK, an ultra-thin, hinged flap is lifted from the surface of your eye. After laser energy is applied to reshape the cornea, the flap is replaced to serve as a type of natural bandage.

Does your surgeon prefer a blade-created flap or a laser-created flap associated with the recent innovation of bladeless LASIK? Consider also that newly developed eye-tracking technology in an excimer laser helps make inadvertent eye movement less of a problem during a procedure.

Also, custom or wavefront-guided LASIK reduces the chance of nighttime visual problems such as glare and halos.

After you go through the education process to understand your best treatment options and the available technology, it is important to understand your surgeon's level of experience. After a balanced discussion about all these issues, you will be more prepared to make an educated decision, which will improve your chance of a good LASIK outcome.

LASIK carries a slight risk of short- and long-term complications. Most people respond well to treatment, but some cases are more difficult. Very rarely, permanent problems can result.

According to guidelines from the Eye Surgery Education Council (ESEC) founded by members of the American Society of Cataract and Refractive Surgery, fewer than 1 percent of LASIK patients experience serious, vision-threatening problems.

LASIK complications can include:

The ESEC says most LASIK complications can be treated and usually clear up within several months.

Studies consistently show that LASIK complications decline as surgeon experience increases. So you can increase your chance of a good outcome by choosing an experienced surgeon.

Also consider that, even under the most ideal circumstances with a technically flawless surgical procedure, each patient responds and heals differently after eye surgery.

The eye care community sets high standards for LASIK success. For a LASIK laser to receive FDA approval, manufacturers are expected to have adverse event rates of less than 1 percent during clinical trials.

The FDA definition of adverse event includes a list of specific problems such as corneal swelling, flap problems, uncontrolled intraocular pressure and a detached retina.

At this time, no central database of LASIK outcomes exists. Most of what is known about visual acuity outcomes after LASIK is based on various clinical studies, especially trials the FDA requires laser manufacturers to perform to obtain approval.

Most clinical studies of LASIK vision outcomes have a few elements in common. These include:

To monitor vision changes during the LASIK recovery period, many studies measure visual outcomes immediately after surgery, several days later and at one, three and six months after the procedure.

The FDA has approved several LASIK lasers for the treatment of myopia and hyperopia, with or without astigmatism. Best results generally have occurred in people with low to moderate myopia.

When considering FDA studies, however, it is impossible to compare outcomes produced by different lasers head-to-head. This is because people who were enrolled in one study may have had different characteristics than those who participated in a LASIK study for another company's laser.

Results from the same laser also can vary, depending on how people were selected for the study. Some studies may eliminate those with higher amounts of refractive error, for example, while others may need to assess results specifically for these types of vision problems.

Furthermore, more recent outcomes from these lasers may be significantly better, as surgeons have gained experience and laser hardware and software improvements have been made after FDA approval.

The target values that the eye care community have established for LASIK vision outcomes say a lot about what you can expect from the procedure.

In other words, if you can be corrected to 20/20 with glasses or contact lenses before undergoing LASIK, you'd like to be correctable to at least 20/20 after LASIK (if LASIK falls short of giving you 20/20 uncorrected vision).

But even though you lost one line of best corrected visual acuity, you gained more than six lines of uncorrected vision (from 20/200 to 20/40).

How Well Can You Expect To See After LASIK?

In response to consumer concerns about the safety and effectiveness of LASIK surgery, the FDA, the National Eye Institute (NEI), and the Department of Defense (DoD) launched the LASIK Quality of Life Collaboration Project (LQOLCP) in October 2009.

Goals of the project included:

Two studies called the Patient-Reported Outcomes With LASIK (PROWL) studies were developed and conducted as part of the project. Both studies assessed patients' visual symptoms before and after their LASIK surgery to identify changes over time. The studies also measured the effect LASIK had on patients' abilities to perform normal daily activities without corrective lenses after the surgery.

The PROWL-1 study was conducted at the U.S. Naval Medical Center San Diego refractive surgery clinic and included 262 active duty participants. The PROWL-2 study included 312 civilian participants across the country. Both studies were completed in 2014 and data was collected from patient questionnaires to evaluate outcomes.

Key findings from the Patient-Reported Outcomes With LASIK studies were:

More information about the LASIK Quality of Life Collaboration Project and the PROWL studies can be found on the FDA website.

In other research of the safety and effectiveness of LASIK, investigators from the U.S. and Germany recently conducted a literature review of 97 peer-reviewed clinical studies of LASIK vision correction that were published between 2008 and 2015. A total of nearly 68,000 LASIK-treated eyes and 30 different laser systems were included in these studies.

Results of this analysis revealed:

Also, the studies that provided data on patient satisfaction found only 1.2 percent of patients were dissatisfied with their LASIK outcome.

"For those considering LASIK, the good news from all of this research is LASIK is and has been a very safe and effective vision correction procedure that has only gotten better over time," concluded Kerry Solomon, MD, one of the study authors and current president of the American Society for Cataract and Refractive Surgery.

Keep in mind that you might have minor refractive errors remaining after LASIK surgery that may be too insignificant to undergo a second laser treatment but that can cause some blurriness.

If this is the case, you might want to purchase a pair of glasses for use as needed for activities like driving at night. Also, depending on your age, you might need progressive lenses to see your best at all distances or reading glasses to see small print.

If sensitivity to light is a problem after LASIK, glasses with photochromic lenses often can provide relief. Whatever glasses you choose, lenses with anti-reflective coating will give you the greatest comfort and clarity.

LASIK Results And Your Eye Surgeon

LASIK is like many other surgical procedures. Where you start is an important predictor of where you end up. Results are affected by the health of your body in general, your eyes in particular and the status of your current vision.

And, as with all other surgical procedures, surgeon skill and experience are major factors that cannot be overlooked.

To best understand expected LASIK outcomes and potential complications for your particular situation, have a thorough pre-surgical consultation with an experienced refractive surgeon.

Comprehensive investigation of worldwide LASIK research confirms safety, efficacy and patient satisfaction with vision correction and has improved over time. Press release issued by American Society for Cataract and Refractive Surgery in September 2016.

A timeline for LASIK surgery recovery

LASIK: Is it a permanent fix?

How Long Is The LASIK Recovery Time?