Unisex frames for both men and women

Shaking off shackles of conformity, the under-35 crowd may claim having “my person” or being “pansexual.” And unlike baby boomers, their “co-ed” isn’t remotely preppy. Rather it’s out there, blurring boundaries and skipping stereotypes.

Fashion’s future will be fueled by such gender-free garb. So get used to it.

Understandably, the increasingly androgynous approach also means millennials and Gen-Z avoid tunnel vision about special eyewear. Their motto: If it fits, wear it.

Here’s how they vive la indifférence: 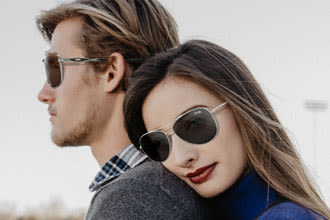 Why now: The ‘70s are flying high on many runways.

He says: Jake Gyllenhaal prefers to be well-rounded with tortoise-trimmed frames by Ralph Lauren. 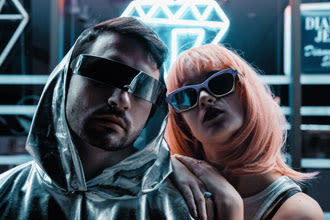 Why now: So you stumble in the dark. Prism “diffraction” bottle-cap goggles deliver red carpet raves craved by attention-getters. 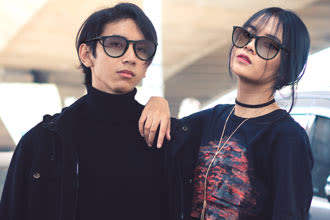 Why now: What better boundary-breaking could there be than all-in-ones? 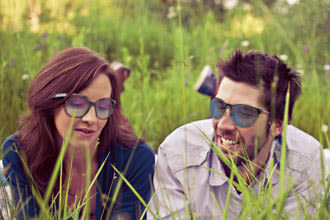 Why now: Why not? Smoky-voiced siren Lauren Bacall stoked fire for the silhouette and Humphrey Bogart and Frank Sinatra got the meme.

She says: If it’s good enough for J.Lo’s man, expect other dudes to dare to follow. 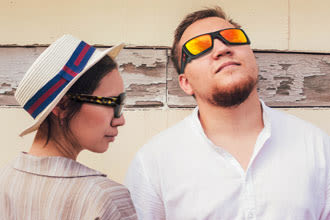 Why now: Shrinking violets have fallen from fashion. Credit Hollywood for hot-hued and hefty frames that are hard to miss.

He says: Director Spike Lee paid head-to-toe homage to Prince and the color purple at the Oscars. Men in blue include Today host Al Roker.

She says: Bold types include lady in red Rihanna and rhapsody in blue Gwen Stefani.

Why now: No teleprompter is needed to explain this trend — seriously. Celebs pull out heavy artillery when they want folks to listen.

Frames not only must fit your style — but also flatter your face. So don’t just cat-wing it. Land on the eyeglasses that look best on you by studying your face shape in mirrors, selfies and virtual try-on tools. If your face is round or oval, then your frame should be rectangular. If you’ve got a square jaw, then go with circular specs.

Size is more of a balancing act: You don’t want your entire visage to get lost behind your glasses. (That’s so ‘80s.) Still can’t see clearly which frame is right for you? Get 20/20 vision by consulting a friend, family member or eyeglass specialist. Confidence is the ultimate accessory.

What kind of horn-rimmed glasses are for you?