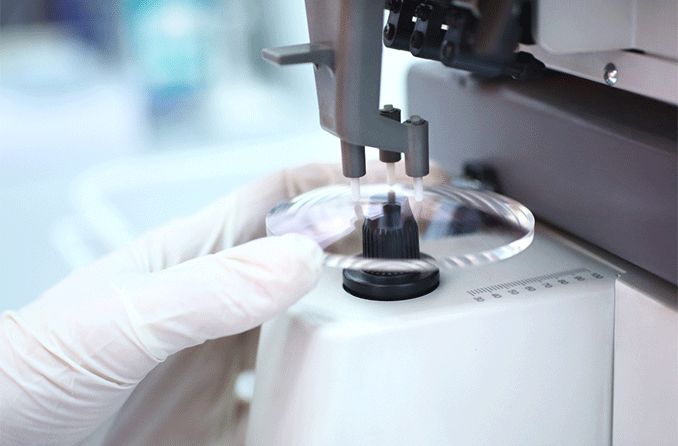 EssilorLuxottica is a leading provider of eyeglass lenses and frames. Formerly two separate companies — Essilor and Luxottica — the dynamic duo merged in late 2018 to create a powerhouse of all things optical.

As one company, EssilorLuxottica uses vertical integration to ensure their products will improve lives by improving sight for all who may benefit from their vision technology and eyewear.

Essilor was first established in 1849 in the Marais quarter of Paris. Initially, the company made spectacle frames and was named after Société des Lunetiers, shortened to the initials SL. In 1861, SL gained expertise in glass cutting, hoping to become a leading lens manufacturer in Paris.

The company quickly expanded and started exporting products to Europe, North and South America and the Middle East. Using product catalogs printed in French, English and Spanish, SL employed travelling salespeople to promote its products. By its 50th anniversary, SL was producing 7.8 million lenses per year.

In 1962, Société des Lunetiers (SL) changed its name to ESSEL. ESSEL often partnered with a company called the Lissac Group, which comprised two industrial parts: SIL and LOR. In 1969, the two parts of the Lissac Group merged to become SILOR. ESSEL then merged with SILOR, which resulted in the establishment of the Essilor group.

Since then, Essilor has continued to excel as a leader in the development of frames and lenses. Some of its greatest achievements include introducing the first organic progressive lenses (Varilux), the world’s first organic photochromic lenses (Transitions) and the anti-reflective, anti-scratch and anti-smudge technology of the Crizal lens.

Leonardo Del Vecchio established Luxottica in 1961, which began as a manufacturing company for optical components and accessories. Eventually, Luxottica would manage the entire eyewear production process.

In 1971, Luxottica presented its first eyewear collection at the International Optics Exhibition in Milan, where it was a tremendous success. By 1974, Del Vecchio acquired an Italian eyewear distributor called Scarrone S.p.A to further his vertical integration strategy of expanding the Luxottica brand.

Anticipating the importance of working with high-end fashion designers, Del Vecchio signed a license agreement with Giorgio Armani in 1988 to design and create glasses under the designer name. This partnership marked the first of many luxury fashion brands to join forces with Luxottica. Throughout the 90s, Luxottica also partnered with Vogue, Brooks Brothers, Persol, Bulgari and Chanel. In 1999, the company bought out Ray-Ban and expanded the brand's collection and style options.

In addition to its impressive array of brand names, Luxottica is also behind LensCrafters and Sunglass Hut, which strengthens their retail presence throughout the United Kingdom, Australia and North America. In the early 2000s, they acquired OPSM, a leading eye care and eyewear provider in Australia and New Zealand, as well as Cole National, which includes Target Optical, Sears Optical and Pearle Vision.

Luxottica continues to dominate the optical industry by designing, producing and distributing name-brand eyeglasses and sunglasses.

SEE RELATED: What’s the Best Warranty You Can Get on a Pair of Sunglasses?

In October 2018, Essilor and Luxottica merged to become EssilorLuxottica. The merger comes after several years of discussion and negotiation between the two companies on the terms of the partnership.

The marriage of EssilorLuxottica relies on the expertise of two industry pioneers — one in exceptional lens technology and the other in iconic eyewear production and retail — to offer a new, streamlined set of solutions to consumers and eye care professionals.

EssilorLuxottica’s mission is to combine excellence in lens technology with lucrative eyewear production and distribution to help people “see more, be more and live life to its fullest.”

This is further accomplished by supporting the Vision Impact Institute, which vows to make proper vision a global priority. Other non-profit organizations established and supported by EssilorLuxottica include OneSight and Essilor Vision Foundation. Both organizations focus on providing free eye exams and eyeglasses to underprivileged communities around the world.

Between Essilor lenses and Luxottica brands, EssilorLuxottica’s mark is far reaching across the optical landscape. The company’s impressive offering of lens technologies and eyewear brands include:

READ MORE: Choosing the best lenses for your glasses

Ray-Ban Wayfarer sunglasses: Why they define cool, and how to choose a pair

Oakley sunglasses: The brand, popular styles and the NFL partnership

Everything you need to know about Chanel sunglasses

BVLGARI: History, eyewear styles and where to buy