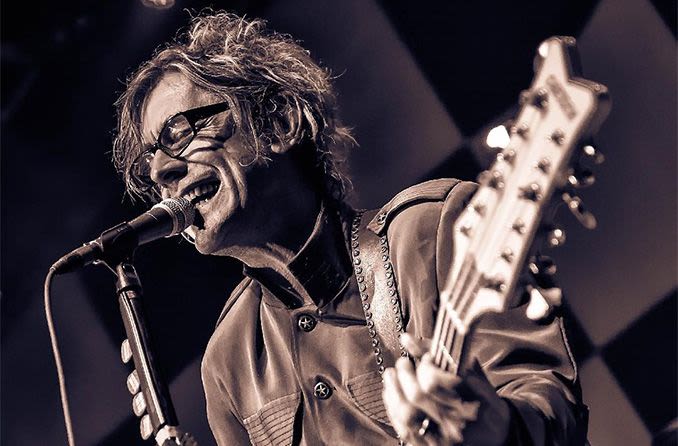 You could say that Tom Petersson, longtime bass player for Hall of Fame band Cheap Trick, can really rock a pair of sunglasses. Shades give him that cool band look while shielding his eyes from the view of the concert crowd and any TV cameras.

“A good pair of thick frames is like having makeup on,” he says. “I wear sunglasses when I’m playing. It’s a certain look. When I’m wearing them, no one can see the bags and lines under my eyes!”

But Petersson’s peepers are also practical.

“Yes, they’re sunglasses, but prescription,” Petersson says with a laugh. “I have to be able to read the set list.”

And since the frames are fitted for his face, they stay put even during the most vigorous playing.

Petersson has been sporting suave specs for years, both on and off the stage, from the second he wakes till the moment he turns in for the night. That wasn’t always the case. Petersson was a late bloomer to glasses.

First pair of glasses in his 50s

“When I was around 40, reading menus, books and magazines became a problem,” Petersson says. “But when I turned 50, my eyes really went bad.”

Initially, Petersson turned to drugstore readers, which seemed to work fine – until he had a comprehensive eye exam.

“Wow, I found out I was not just nearsighted but farsighted, too,” he says. “I didn’t know I needed lenses for distance, but suddenly I could read street signs. I had no idea I couldn’t see far.

“After getting the right eyeglass prescription, I could see while driving, at nighttime, and when it’s raining. Now I’m so used to wearing them,” Petersson says. “The second I wake up, I put them on. Glasses make me feel free.”

NEED AN EYE EXAM? Find an eye doctor near you and make an appointment.

Because so many of his musician icons were bespectacled, Petersson looked forward to getting glasses.

“I thought they were cool because of John Lennon, and I loved what he wore, so I wanted the same,” Petersson says. “But really, anyone in the 1960s had these great glasses. 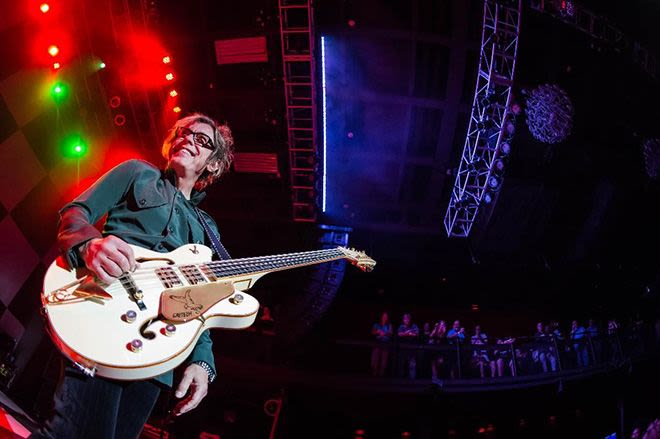 “Like Peter Sellers, who had these really heavy black ones. That’s what I was after,” Petersson adds. “I never even tried contact lenses. Why would I? I wanted those glasses.”

At first it was hard to find the right pair. When he started shopping for glasses, thin aviator styles were hot for men.

The only place he found a close facsimile was at a shop in Tokyo. “But they were too big, and looked a little ridiculous,” Petersson says. “I definitely didn’t want that!”

Today, Petersson knows where to find the frames that suit his classic mid-century fashion sense.

“The Ray-Ban style makes everyone look good,” he says. “John Varvatos has some similar frames that I like.”

Petersson sticks to a standard look, with slight variations, usually involving the thickness of the stems.

And Petersson makes sure he has an extra pair of regular glasses at the ready when he’s on tour.

“I once had to hurry off the stage, and I left my sunglasses on, but they were only for distance,” he says. “They were all I had with me, and for two days I couldn’t read because I had to wait for my prescription glasses to be sent. That will never happen again.”

READY TO SHOP FOR GLASSES THAT ROCK? Find an optical shop near you or shop online.

Cost, comfort and care of glasses

“Good frames are really expensive, but you get what you pay for,” Petersson says. “You’ll be wearing them around so they have to be comfortable. Bad, cheap glasses are like cheap, bad shoes. You want to take them off immediately.” 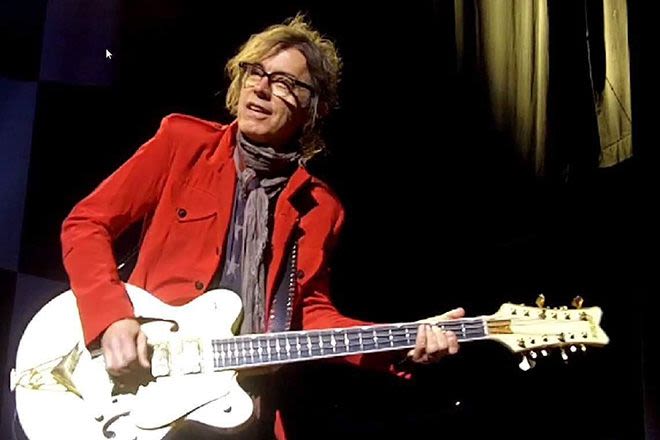 Therefore, he invests in quality, and has about four pair in rotation. “My frames are at least $400 to $500, not including the prescription lenses,” says Petersson. “I could get a decent guitar at the price of some of my glasses.”

Petersson makes sure his glasses last until he needs a new prescription. He cleans his glasses with soap, water and an old T-shirt, then tucks them in their cases.

SEE RELATED: Cleaning your glasses? Here's how to do it the right way

Like many performers who’ve spent decades playing next to blasting speakers, Petersson has impaired hearing and tinnitus. Petersson claims, though, that wearing glasses helps tamp down the buzzing in his ears.

“I know it must be psychological, but I hear better with my glasses on,” he says. “I have no idea why, but it works.”

Petersson adds that his glasses make walks in urban areas more enjoyable. He traipses the streets of New York, London, Dublin and other big cities when he’s not in Nashville, where he currently lives.

“I love to walk, and glasses keep the dust and grime out of my eyes,” he says.” I didn’t realize how bad it was before I started wearing glasses.”

And one last benefit for Petersson? “I think glasses make everyone look a little smarter,” he says. “It’s like adding points to your IQ. Who doesn't want that?”