How to buy new lenses for your favorite frames 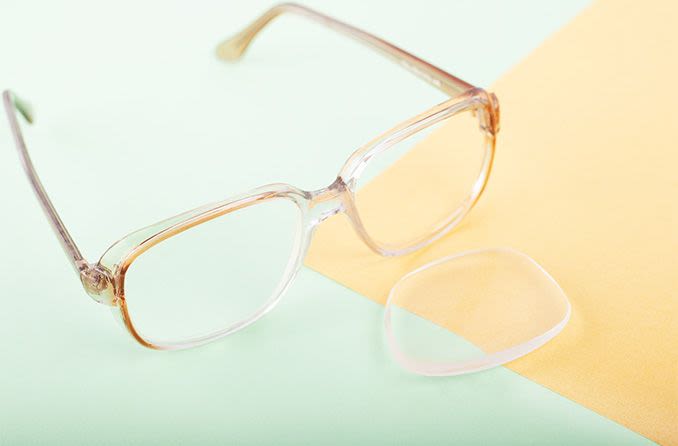 If you like the way your eyeglasses fit and look on you but it’s time to get new lenses, you can get new lenses put in your favorite frames.

You’ve always been able to do this, but most people don’t go this route.

That’s where this guide will help.

Where to get replacement lenses for your frames

Typically, optical shops will replace the lenses for you if your frames are in good condition and the shape of the lenses isn’t too complicated.

Other options include online retailers Lensabl and EyeglassX, which specialize in prescription lenses for existing glasses.

The whole process starts, though, with an eye exam to ensure you have the correct lenses to help you see clearly.

ARE YOU DUE FOR AN EYE EXAM? Find an eye doctor near you and schedule an appointment.

Why would you want to get new lenses for your glasses?

If your eyeglasses have been part of your signature look for years, replacing the lenses with your new prescription is smart. Your family, friends and customers (if you’re in sales) won’t have to get used to a new you.

Replacing the lenses instead of getting new frames and lenses is usually cheaper. How much cheaper? That depends.

SEE RELATED: How to choose the best lenses for your glasses

How much does it cost to get new lenses for frames?

Figuring how much it’ll cost to get your lenses replaced can be tricky. It’s best to go through your vision insurance, if your plan lets you do this, because lens replacement prices can be inconsistent.

Some places offer to replace your lenses for as little as $40, but that’s just for basic lenses. When you add on anti-glare coating or photochromic lenses (such as Transitions), the price for new lenses in your old frames can exceed $100.

Of course, you’re saving on paying anything for the frames, so as long as the cost of your lens add-ons or your new prescription doesn’t include progressive lenses, you should end up paying less than if you had caught a special on a brand new pair of glasses (frames and lenses).

D. Gilson treasures his bond with his dad by wearing his father’s standard military issue glasses. The only difference? Gilson’s prescription lenses are now in the boxy black frames that have been all over the world — his father served two tours in Southeast Asia from his time in boot camp in 1961. 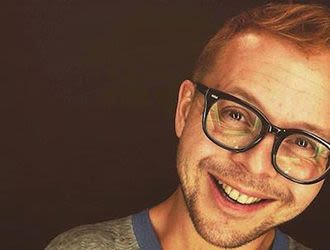 How did the father-and-son glasses reunion happen? In 2014, Gilson was helping his father clean out a junk drawer in a desk when he noticed the Buddy Holly-esque frames. By then, Gilson’s father had lymphoma, a form of cancer.

“Can I keep these?” Gilson asked. His dad shrugged his shoulders. Gilson, a writer for InsuranceProviders.com, took the frames home with him.

On the next visit to his optometrist, Gilson decided to skip getting a pair of trendy new frames, opting instead to have his prescription put in his father’s frames.

“I’ve worn them every day since, a little piece of my dad I carry around with me,” Gilson says.

Some glasses stand the test of time

For some, paying for new lenses in old frames might seem like more trouble than it’s worth. But Gilson sees it as a way to honor the relationship he has with his father.

“As my dad nears the end of his life, I’ve found that the totems — these glasses or pictures of him or things we collected when he was my Boy Scout leader — are becoming increasingly important to me,” Gilson says.

SHOPPING FOR GLASSES (OR JUST LENSES)? Find an optical shop near you or online.

Choosing the best lenses for your glasses

Which eyeglass lenses are best for me and my vision?