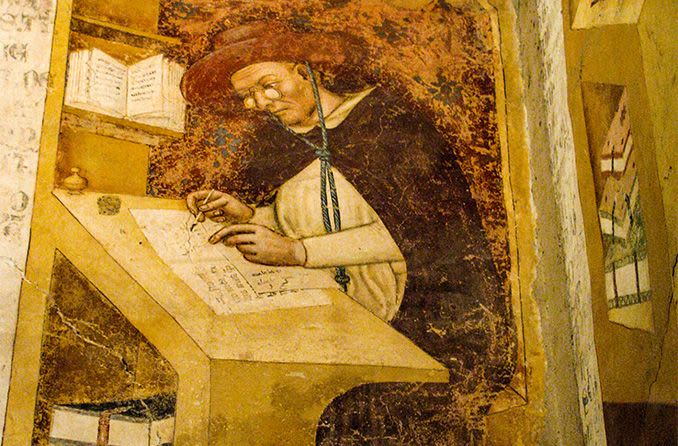 When were eyeglasses really invented?

Although many sources state that eyeglasses were invented in 1317, the idea for glasses may have started as early as 1000 B.C. Some sources also claim that Benjamin Franklin invented glasses, and while he did invent bifocals, this famous inventor cannot be credited with creating glasses in general.

In a world where 60% of the population needs some form of corrective lenses to see clearly, it’s hard to picture a time when eyeglasses weren’t around.

While archaeologists have found documents detailing “optical-themed works” that date all the way back to 1000 B.C., evidence of spectacles doesn’t occur in art or other historical records until the 13th century in northern Italy.

For many years, the creation of glasses was credited to Salvino D’Armate because his epitaph, in the Santa Maria Maggiore church in Florence, referred to him as the “inventor of spectacles.” The 1317-dated epitaph has since been proven fraudulent — the term “inventor” wasn’t used in the 1300s.

SEE RELATED INFOGRAPHIC: How eyeglasses work and a history of eyeglasses

What materials were originally used to make glasses?

The conceptual models of eyeglasses look a little different than the prescription glasses we see today — even the first models varied from culture to culture.

Different inventors had their own ideas for how to improve vision using certain materials. For example, ancient Romans knew how to make glass and used that material to create their own version of eyeglasses.

Today, eyeglass lenses are usually plastic or glass and frames can be made of metal, plastic, wood and even coffee grounds (no, Starbucks isn't selling glasses — not yet anyway). ENOUGH HISTORY; SHOW ME THE GLASSES: Shop for eyeglasses at an optical store near you or an online eyewear retailer.

The first eyeglasses were more of a one-size-fits-all solution, but that's definitely not the case today.

The following are some of the ways glasses have developed and improved over time:

Bifocals: While convex lenses help those with myopia and concave lenses correct hyperopia and presbyopia, there was no single solution to help those who suffered from both types of vision impairments until 1784. Thanks, Benjamin Franklin!

Trifocals: Half a century after the invention of bifocals, trifocals came into view. In 1827, John Isaac Hawkins invented lenses that served those with severe presbyopia, a vision condition that usually hits after age 40. Presbyopia affects one’s ability to see up-close (menus, recipe cards, text messages).

Progressive lenses: Like bifocals and trifocals, progressive lenses have multiple lens powers for people who have trouble seeing clearly at different distances. However, progressives provide a cleaner, more seamless look by gradually progressing in power across each lens — goodbye, lines!

Plastic frames: Plastic frames first became popular for sunglasses in the World War II era, particularly for aviator-shaped frames. In the 1950s — around the same time period that progressive lenses were invented — plastic became the most popular material for eyeglasses frames.

Blue light blocking lenses: Since computers became popular household devices in the 1980s (not to mention TVs before that and smartphones after), digital screen interaction has become more prevalent. By protecting your eyes from the harmful blue light that emanates from screens, blue light glasses can help prevent digital eye strain and disruptions in your sleep cycle.

WHICH EYEGLASSES ARE BEST FOR YOU? Find an eye doctor near you and book an eye exam to learn your vision correction needs or to get a new prescription.