Fake eyeglasses: What they are and why they’re trending 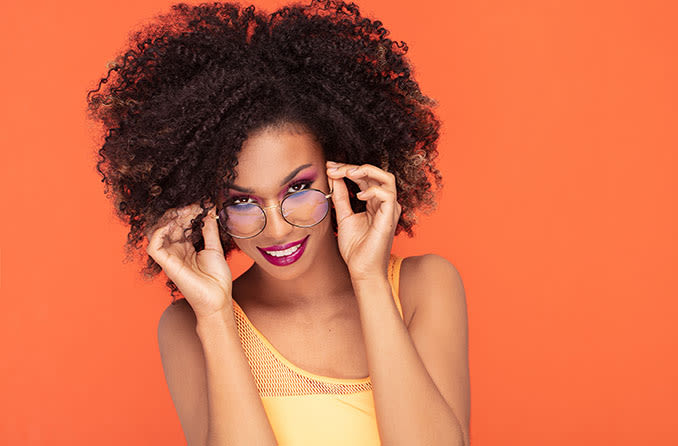 There’s no doubt we’re having a love affair with glasses these days. From cat eyes to jam jars, hipster to thick nerd glasses to barely-there rimless, designer eyewear is easy to buy in stores or online.

It’s not surprising, then, that both men and women are donning glasses even when they don’t need to correct their vision.

The fake glasses trend is taking over, from teens to celebrities (think Justin Bieber stepping out in lensless glasses), to basketball stars like LeBron James and Russell Westbrook.

What are fake eyeglasses?

Fake glasses are eyeglasses as a fashion statement or just to give yourself a fresh, funky or hip appearance. These “plano” glasses are all sass and style and no prescription.

Actors and actresses have donned fake glasses through the years. How else could someone with perfect vision play a character famous for their specs? Or appear to look studious or successful — or even decades older for a particular role?

The fake glasses fashion trend dates to at least 2010 and traces its origins to Taiwan and Japan, where young girls donned big, thick plastic frames with no lenses at all.

The trend splashed ashore in the States shortly thereafter and hit the sports scene in 2012 when James and Westbrook started wearing non-prescription thick-rimmed, oversized glasses as part of a kind of nerdy-chic glasses trend supplemented by backpacks, cardigans and plaid socks.

Teens, tweens and fashion-forward college students and adults have been donning fake glasses ever since.

Will fake glasses harm your vision?

One big question everyone asks: Will wearing fake glasses hurt your eyes?

You’re just looking through glass or plastic (or nothing at all), so no, fake glasses won’t harm your vision.

When Washington, D.C., resident Elle Madrone attended a fancy Nantucket wedding in 2013, she wore a strapless black dress and show-stopping non-prescription glasses festooned with golden monkeys climbing over the tops of the frames.

The glasses, by a New York City eyeglass designer named Mercura, were a hit: “Everybody kept asking me where I got them,” she recalls.

“I wear glasses almost every day,” she says. “I’ve worn them for everything from lunch with a friend to a trip to Japan.”

Where to buy fake eyeglasses

If you want to play with fake specs, there are innumerable places to procure them — from a pair that costs $5 to one that costs $500.

Youngsters often buy plastic eyewear from discount stores like Walmart and Dollar Tree. Higher-end venues like FramesDirect.com allow you to choose your frames and even try them on using your webcam. Quality bargain outlets like EyeBuyDirect, among others, offer an astonishing range of styles.

Models and the Hollywood set — and Madrone — love Mercura NYC.

But how do you order fake glasses online? With many retailers, once you've chosen a frame style, you'll have the option to select non-prescription lenses during the checkout process.

At Readers.com, shoppers can buy fake glasses (no power) with a few clicks of their mouse, explains Jon Corwin, director of growth marketing.

Just choose an available Customizable Readers style, select “Fully Magnified, and then +0.00 power for each lens.

“All of our customizable readers also come with a hard case and microfiber cloth,” Corwin, the consummate salesman, adds.

Why fake glasses? Change your look!

“I started wearing glasses without a prescription before I had two nickels to rub together,” says the successful artist, who now works with upscale Bergdorf Goodman department stores.

“It’s the easiest way to change your look. I’ll wear a big, outrageous jacket and put on oversized baroque glasses and I instantly feel fun, approachable and fabulous.”

It’s said the eyes are the windows to the soul. So, slip on a pair of non-prescription eyeglasses (or prescription peepers if you need them) and transform your look today!

WANT TO LOOK FOR NEW GLASSES IN PERSON? Find an optical store near you and start shopping.

About the author: Jill Neimark is a science writer who has been published in Science, Scientific American, Discover Magazine, NPR Health Shots and more. She has a rare collection of cat-eye reading glasses in lilac, red, tortoise and blue, studded with genuine diamonds, stashed around her home (alright, plastic frames and rhinestones).

Non-prescription glasses: What to know before buying them

Cartier glasses: Collections, where to buy and how to spot a fake