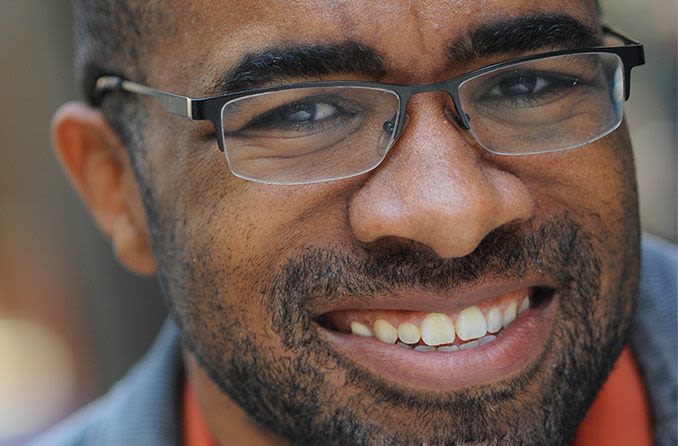 The first time I realized I couldn’t see, I was staring at a Wendy’s sign. I must have been 15 or 16 – actually, 15, since that’s when you could get your driver’s permit in Michigan.

My parents and I were at an eyeglasses place, one of the kinds you find in the mall next to a Mrs. Fields Cookies or an Orange Julius. I’m sure I had vision tests throughout the years, but this one felt significant. This one had power. This is the one I remember.

NEED A VISION TEST? Find an eye doctor near you and make an appointment.

I have always been independent-minded, and I viewed all this as a formality to my mom handing me the keys to the family car, but then the optometrist had me try on a test lens. That blurry blob across the street? It was now a fast-food restaurant sign as clear as day.

It was like someone turned the light on. I thought, “How have I been walking around for the past 15 years of my life? No, really. What haven’t I been seeing?”

30-plus years of glasses

Big, round and slightly tinted

For the first decade, my glasses were big, round and slightly tinted. They were the gatekeeper to my brown-skinned, hirsute face and, alternately through the years, my high-top hair or my foot-wide afro. 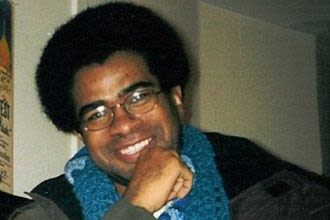 It was also the beginning of my career as a journalist, though, like many in my profession, I was the consummate observer well before the job.

Like a shutterbug with a camera always around her neck, though, my constant notepad and continual questions allowed me to fade into the background. I look at photos from that era and I can hardly see my face.

Light, half-rims with no tint

During the second decade, I wanted my glasses to go away. It’s not that I hated wearing them. Rather, I became focused on connecting with others. 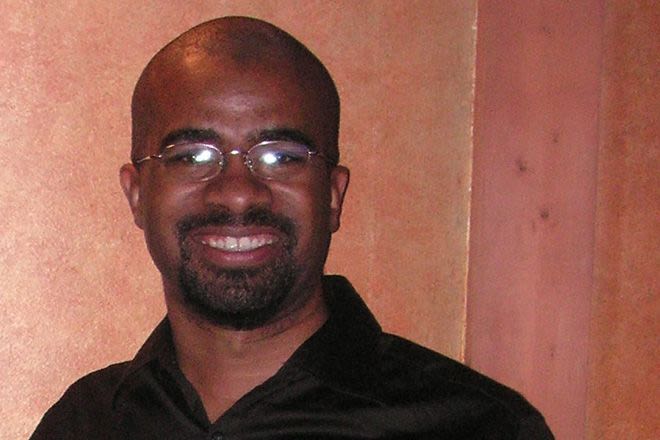 In today’s terms, it is what sociologist and TED speaker Brené Brown talks about how being vulnerable to others and how that, in turn, gives others permission to be vulnerable with you.

I was fresh out of journalism grad school and concluded that objectivity was hogwash. I wanted to look people in the eyes and see them for who they were, and vice versa, with as few barriers as possible. This was the real storytelling.

My glasses became light. I wore half-rims with no tints. Frame arms so thin they would fade into me when I needed a haircut. I would unconsciously take them off for photos. I even flirted with contact lenses, but freaked out when I tested them at the store (they never made it onto my eyes).

In the last decade, my frames have a peaceful, omnipresent place in my life. My glasses are part of who I am. You’ll catch them on the back of my books. You’ll see us together during my social media messages. You’ll see them on my face. They neither hide nor shout. They are simple and ever present, like my left hand. 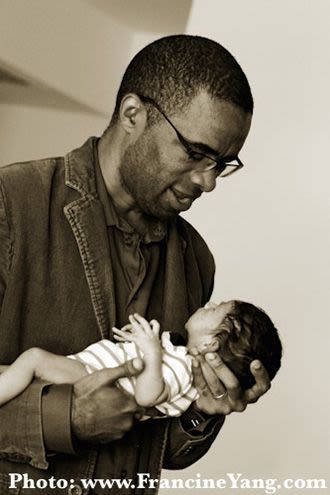 My eyesight has held steady for years, but my actual glasses have not. The last pair I got, I opted for the scratchproof and the repair program and the extended warranty.

I am now a father. My toddler and first-grade boys have wrecked my Apple Watch, countless “good” pens and pencils, and many precious items my memory has blocked surely to help me sleep at night.

I value my glasses more because I have to tell my kids how valuable the glasses are. My children’s carelessness and curiosity with my glasses reminds me of how much I need both of them to see life around me – albeit in two different ways.

Seeing the world with glasses

I had my eyes checked earlier this year. I put on my new glasses and put the old pair away. As I put the old pair in the case, they automatically started to feel dated, as if they found their own Dorian Gray painting in the attic. The scratches, dents and wear now seemed like irreparable scars. They looked like retirement.

I looked up and outside, well beyond the optometrist's office, and into the strip mall bright from the spring day. I was starting to observe the world. Again.

About the author: Damon Brown helps side hustlers, solopreneurs, and other non-traditional creatives bloom. He co-founded the popular platonic connection app Cuddlr and led it to acquisition within a year, all while being the primary caretaker of his infant first son. He now guides others through his consulting, daily Inc. Magazine column, and public speaking at TED and other platforms. Damon’s latest book is Bring Your Worth: Level Up Your Creative Power, Value & Service to the World.

How eyeglasses can empower the wearer