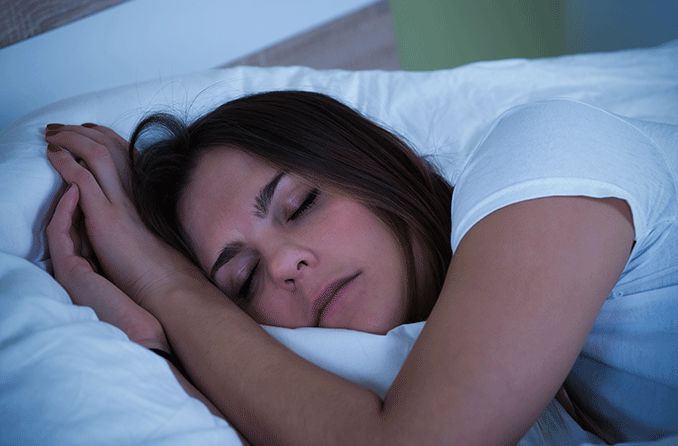 What do your eyes do while you’re sleeping?

There are three stages of non-REM sleep:

What happens during REM sleep

Your eyes and body are affected during REM sleep:

Experts are divided on why the eyes move as they do during REM sleep. Some research shows that these rapid eye movements enable people to change scenes while dreaming. Other studies suggest that the left and right eyes move separately.

Do your pupils change size during sleep?

In addition to eye movement during REM sleep, pupils also change size depending on the stage of sleep. During deep non-REM sleep, your parasympathetic nervous system, which conserves energy while you rest, signals your pupils to constrict or become smaller. The deeper your sleep, the smaller your pupils get. This may be to help stabilize your sleep cycles by limiting visual stimuli so your brain doesn’t think it’s time to wake up.

Do your eyes roll back when you sleep?

When you are falling asleep, your eyes may slowly roll back. As your sleep becomes deeper, eye movements stop for a while. Eye movement starts again after you have been asleep for one or two hours and enter REM sleep.

Do your eyes twitch during sleep?

An eyelid twitch is an involuntary, uncontrollable eyelid spasm. Most of the time it only lasts a few minutes, but sometimes you can have an eyelid twitch for days or longer. The symptoms of eye twitching often disappear while you’re asleep.

The exact cause of eye twitching is not known but some things that may cause it include:

What happens to your eyes during sleep paralysis?

Sleep paralysis may sound scary, but it’s a relatively common condition, with a number of people experiencing it at least once during their life. It can happen as you’re shifting between REM sleep and non-REM sleep.

When you’re in REM sleep, your muscles don’t move. This is known as muscle atonia, and helps ensure that your body doesn’t move during REM sleep so you don’t hurt yourself while you’re dreaming.

Sleep paralysis lasts from a few seconds up to several minutes. During this time, you can breathe and open and close your eyes, but your body is still in REM mode, which can make you feel like you’re paralyzed.

Why do your eyes close during sleep?

Your eyelids — specifically closed eyelids — are an important part of sleep:

Can you sleep with your eyes open?

Some people (about 5% of the population) sleep with their eyes open. This is called nocturnal lagophthalmos (la-guhp-THAL-mowz). Reasons you may sleep with your eyes open include:

The side effects of nocturnal lagophthalmos are usually more troublesome in the morning and may include:

Sleeping with your eyes open doesn’t always mean you have nocturnal lagophthalmos. For example, it is common among people who sleepwalk to have their eyes open while they are sleepwalking.

Can you dream with your eyes open?

While you can’t necessarily dream with your eyes open, there are situations in which you are asleep and open your eyes.

Parasomnias are abnormal nighttime behaviors such as sleepwalking or talking in your sleep. According to the Cleveland Clinic, a person experiencing parasomnia may have their eyes open. However, the eyes will usually only stay open while the parasomnia is happening instead of all night.

An episode of night terror is usually brief, lasting five to 10 minutes. However, these episodes can happen more than once during the same night.

Eye movements during sleep are a normal part of the sleep cycle. If an eye problem is keeping you awake or if you wake up with dry eyes, sore eyes or blurry vision, you should see an eye doctor.

Why do our eyes move when we sleep? Science Focus. Accessed March 2022.

The science of sleep: understanding what happens when you sleep. Johns Hopkins Medicine. Accessed March 2022.

Types of eye movement and their functions. Neuroscience. 2nd edition. 2001.

Can you really sleep with your eyes open? Sleep.org. March 2022.

Everything you need to know about exophthalmos. Medical News Today. May 2017.

Sleep masks can improve your sleep and health

Are all eye masks safe to sleep in?

The importance of rapid eye movement (REM), non-REM and how they affect your sleep