Home Conditions | Are nearsightedness and lazy eye the same thing?

Are nearsightedness and lazy eye the same thing? 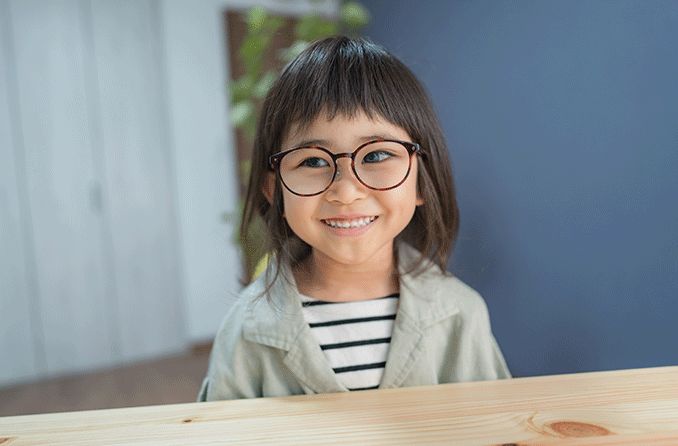 Nearsightedness and lazy eye aren’t the same thing. Even though they can cause similar symptoms (squinting and blurred vision), each problem affects your eyes differently. And each has a different set of treatment options. Nearsightedness can (rarely) cause lazy eye in some people.

There are several other possible causes, too. The causes for amblyopia and myopia are also different.

When someone is nearsighted, the shape of their eyeball, cornea or lens causes light to focus too far in front of the retina. The retina is the thin layer at the back of the eye that sends and receives light signals from the outside world.

When light focuses too far in front of the retina, it makes close-up objects look clearer than the blurry objects in the distance.

Prescription glasses and contact lenses are the most common tools used to help people with nearsightedness see clearly. Eye surgeries like LASIK can help too, but they usually aren’t recommended until someone is at least 18 to 21 years old.

A high level of nearsightedness called high myopia, or pathological myopia, can put someone at a higher risk of serious eye problems when they get older. It’s usually caused by nearsightedness that starts early then worsens during childhood and adolescence.

There are a few different options available to help control a child’s nearsightedness. If their nearsightedness is controlled, they’ll have a higher chance of keeping their healthy vision as they age.

Lazy eye, on the other hand, is not a refractive error. It’s a medical condition that usually only affects one eye.

When someone with a lazy eye looks straight ahead, it can look like the affected eye is drifting off to one side. This happens when the brain starts to favor one eye and it gets harder for both eyes to work together as a team.

Lazy eye can also occur in patients who have very different refractive errors in each eye.

Amblyopia is the medical term for lazy eye. It affects between 2% and 3% of all people.

Lazy eye can be caused by three different things:

You might need to treat an underlying cause before you treat amblyopia directly.

After that, an eye doctor might suggest wearing an eye patch for a certain amount of time every day. The doctor could also recommend special eye drops that contain medicine called atropine, which blurs vision in the affected eye for a little while.

After a certain age (between 7 and 12 years old) it becomes very difficult, if not impossible, to treat amblyopia.

The act of squinting is common with both nearsightedness and lazy eye, but those aren’t the only reasons kids squint.

When people squint, they use their eyelids to let in less light and physically change the shape of each eye. When the eye shape changes, light can focus on the right part of the retina.

But squinting is a quick fix, not a long-term solution. Not only does blurry vision come back as soon as you stop, but too much squinting can also lead to painful headaches.

What causes progressive myopia in children?

Can too much reading cause myopia in children?

Does myopia make you see the world upside down?