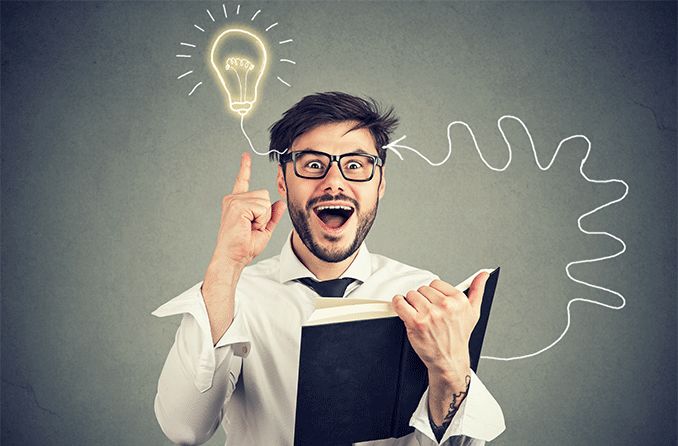 But is there any truth to this? Are people who wear glasses actually smarter?

The answer is yes… and no. Research suggests a link between myopia (nearsightedness) and higher than average IQs. However, not everyone who wears glasses has myopia. There are several different vision problems that wearing glasses can correct.

So, while it is true that people with myopia are known to have higher IQs, it is not necessarily true for everyone who wears glasses.

What is an IQ and how is it measured?

An IQ (short for “intelligence quotient”) is a test score that reflects a person’s ability to reason and solve problems. Your IQ represents how well you did on the test, compared to other people within your age group.

Skills tested include memory, reasoning, verbal comprehension and other characteristics. The “normal” range for an IQ score is between 90 and 109, with the average being 100. Scores within this range show average intelligence.

The first IQ test was created in 1905 by French psychologists. The goal of the test was to determine which children needed tutoring to be more successful in school. Over time, variations of the original test, called the Binet–Simon Scale (now called the Stanford–Binet Test), were developed.

People started relying on test performance to determine a person’s overall intelligence. However, many modern psychologists believe the test can be biased and is not a true measure of how smart someone is.

There are many other characteristics, such as emotional intelligence, that make up a person’s knowledge. An IQ score only gives a general idea of someone’s intelligence.

SEE RELATED: Are learning-related vision issues holding your child back?

The link between myopia and a person’s IQ

The genetic association between myopia and IQ is not completely understood. Genetics have an impact on things like a child’s eyesight and natural intelligence. However, environmental factors seem to weigh heavier on the traits than genetic factors. [Read more about this in our article on whether myopia is more genetic or environmental.]

Many studies have demonstrated strong correlations between myopia and excessive near work — tasks such as reading, writing, studying, etc.

Some experts believe that the more time a child spends doing these tasks, the more success they’ll have in school. Besides producing higher grades, this frequent exposure to near work can worsen myopia.

Glasses are mostly used to correct vision problems in children, as contact lenses can be too much responsibility. Children who wear glasses may be less inclined to take part in sports or outdoor activities due to having glasses.

So, the time that would be spent outdoors is replaced with indoor activities, such as reading, coloring and other near work. This perpetuates the academic success of the child, and their progressing myopia.

Also of interest is that studies have shown teachers expect more from kids who wear glasses. As a result, sometimes when children start wearing glasses, those higher expectations can lead to improved academic performance.

You can leave your glasses on: Glasses can increase electoral success. Social Psychology. January 2019.

Association of myopia with cognitive function among one million adolescents. BMC Public Health. May 2020.

What is the normal range for IQ? MedicineNet. March 2021.

Can I be an astronaut if I have myopia?

Does myopia make you see the world upside down?