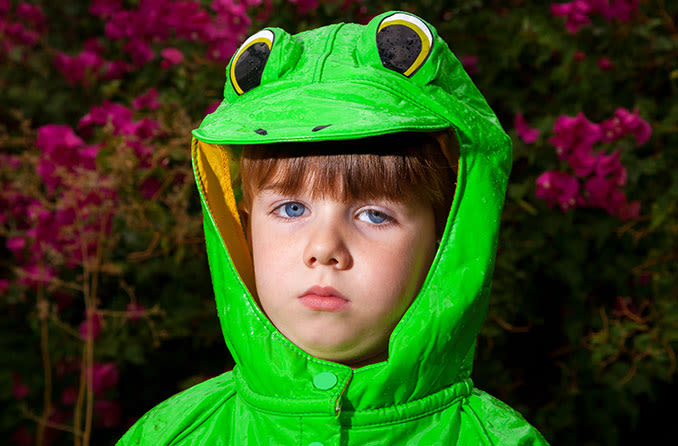 When a child has a “droopy” eye on either one or both sides, it can be caused by a condition called ptosis.

Ptosis can usually be attributed to weakness in a muscle that controls the upper eyelid called the levator palpebrae superioris. When the muscle is weakened, the upper eyelid has a hard time staying open all the way. Weakness can be the result of a benign birth defect, a structural problem with the muscles or tendons, or a neurological issue.

Ptosis during childhood and adolescence is rare. It only occurs in about 8 out of every 100,000 people aged 18 or under, according to a National Institutes of Health (NIH) study conducted over a 40-year time span.

Ptosis in children occurs in one of two ways:

When ptosis symptoms are severe enough to impair a child’s vision, it can lead to other complications down the line.

Amblyopia (lazy eye), and possibly vision loss as a result, can develop when ptosis is severe. Astigmatism, a common defect in the shape of the eye’s cornea or lens, can also develop. This prevents light from focusing properly on the retina inside the eye, leading to blurry vision.

What causes ptosis in children?

The congenital form of childhood ptosis can be inherited, but genetics are an unlikely cause. Only about 12% of children with the condition had a family history of ptosis, according to the NIH survey.

Sometimes, ptosis occurs during the prenatal development process or as a complication of the delivery process.

In the case of acquired ptosis, an underlying disease or condition is at fault. A diagnosis can point to:

Treatment isn’t always required for ptosis, especially when eyelid drooping is mild and doesn’t impact a child’s vision. In the case of acquired ptosis, a doctor may recommend treating the underlying problem before trying to treat the ptosis itself.

If an eyelid covers a large enough portion of the eye, ptosis surgery may be the next step. During the most common form of ptosis surgery, an incision is made in the upper eyelid to access the levator muscle, which is then tightened. Children who undergo this procedure should have a better ability to keep their eyelid(s) raised after their recovery.

If a child is very young and only has moderate vision disturbances, a doctor or surgeon might recommend postponing surgery until the child is a little older.

Regular visits to an eye doctor ensure that conditions like amblyopia do not progress. If an eye doctor does detect early amblyopia, steps can be taken to stop it from getting any worse.

If your child is experiencing eye drooping, blurry vision or any other eye-related symptoms, an eye doctor will be able to properly diagnose ptosis or another condition and offer methods of treatment.