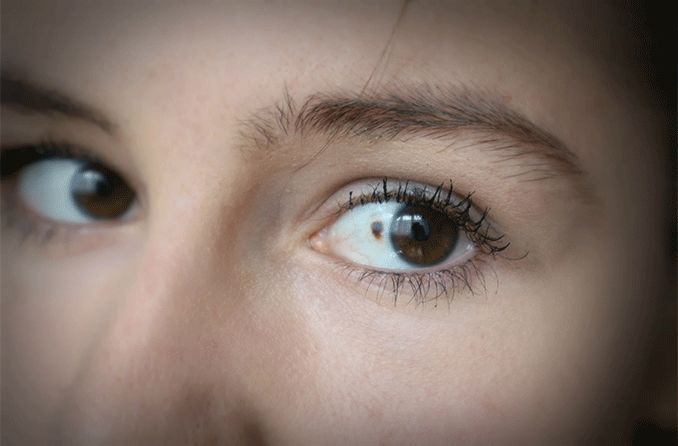 Cases of ocular melanoma usually occur inside the eye and present few to no symptoms. This makes the condition difficult to detect without regular eye exams.

What is ocular melanoma?

Ocular melanoma is a condition in which one or more cancerous tumors grow on the cells responsible for producing melanin, the pigment that determines your eye color, as well as your skin and hair color.

Melanoma is often associated with skin cancer, the most common cancer in the U.S. and worldwide. While skin cancer is much more common than ocular melanoma, the same cells that are affected by melanoma in the skin are also present in the eyes.

For this reason, melanoma can develop in various parts of the eye, just as it can on different parts of the skin. While skin cancer is directly related to sun damage, it is still unknown whether exposure to ultraviolet (UV) radiation has an effect on ocular melanoma.

There are approximately five cases of ocular melanoma for every one million people under 50 years old — instances jump to 21 per million after age 50.

While ocular melanoma is very rare, it’s the most common primary eye cancer in adults. The term “primary” is used to describe a cancer that originated in that area — in this case, the eye — and did not spread there from somewhere else in the body.

Parts of the eye affected by ocular melanoma

There are three layers in the eye. The sclera (the whites of the eyes) is the outermost layer. The retina (the light-sensitive tissue at the back of the eye) is the innermost layer. The middle layer located between the retina and sclera is the uvea.

READ MORE about the eye's choroid.

Though the occurrence is very rare, it’s also possible for melanoma to develop on the eyelid, in the eye socket, or on the membrane that covers the front of the eye, called the conjunctiva.

Metastatic ocular melanoma describes eye cancer that has spread (metastasized) to other areas of the body — usually the liver. What triggers the cancer to spread is still unknown, though a number of risk factors have been linked.

Metastasis happens in approximately half of all ocular melanoma cases and is often fatal.

SEE RELATED: Has UV exposure been linked to cancer of the eye?

It’s understood that eye melanoma is a result of abnormalities or mutations that form in DNA, the carrier of the body’s genetic code. When healthy melanocytes (pigment cells) in the eye develop an error, they begin to grow and multiply uncontrollably.

Rather than dying off like they normally would, the mutated cells continue to live and accumulate in the eye, resulting in eye melanoma.

The root cause — what triggers the abnormality to develop in the first place — is still not clearly understood. However, there are several factors that may raise a person’s risk of developing eye melanoma.

You are more likely to develop ocular melanoma if you:

Whether you fall under the high risk category or not, it is important to wear sunglasses whenever the sun is out. Shielding your eyes from the sun’s harmful rays can lower your risk of developing a number of eye conditions.

It’s possible to have ocular melanoma with no signs or symptoms — these cases would only be detected with an eye exam. For this reason, it’s important to take note and see and eye doctor if you experience any of the following:

How do you treat ocular melanoma

Treatment for ocular melanoma depends on its size and location, as well as the patient’s general health and preferences. For small melanomas that have shown no growth, your doctor may suggest the melanoma be monitored before surgery or other treatment is performed.

Growing melanomas that begin to cause complications in vision may be treated using the following methods:

Surgical procedures are available to remove affected parts of the eye. This is typically only done on melanomas that are still very small in size. When vision has become affected, if eye pain is present, or if the melanoma has grown significantly, a procedure called enucleation can be performed to remove the entire eyeball.

After the eyeball is removed, an implant can be inserted into the eye socket and attached to the muscles that control the eye. Once healed from the procedure, a prosthetic eye, which is painted to match your natural eye color, is inserted.

Melanomas that are small to medium sized can be treated with radiation therapy. Radiation consists of  using high-powered energy to destroy cancer cells. Radiation can come from a machine or from brachytherapy.

Machine radiation uses various forms of radioactive energy and directs it to your eye. This treatment is typically administered over several days.

Brachytherapy uses a radioactive plaque that is placed directly on the tumor and stitched into place. The plaque is left on the eye for several days, in hopes that the radioactive material eats away at the tumor.

Laser treatment can be used alone in certain circumstances, though it is often combined with radiation therapy. The most common laser treatment is called transpupillary thermotherapy, in which lasers administer heat to the tumor and cause it to shrink.

While this treatment method isn’t used often, it may be effective in treating small melanomas. Liquid nitrogen is used to freeze off the melanoma.

Conjunctival melanoma can be treated with the options listed above, or with chemotherapeutic eye drops that are applied as prescribed.

Unfortunately, the prognosis for metastatic eye melanoma is poor.

Ocular melanoma will not typically show symptoms until it has progressed. For this reason, having an eye exam regularly is of the utmost importance.

If you are over 50 years old and considered a high risk candidate for eye melanoma, annual eye exams make it possible to detect and treat ocular melanoma early. Additionally, it’s important to be mindful of any changes in your vision or in your eyes’ appearance.

Pterygium: What Is "Surfer's Eye"?

What’s the difference between an eye cyst and an eyelid cyst?