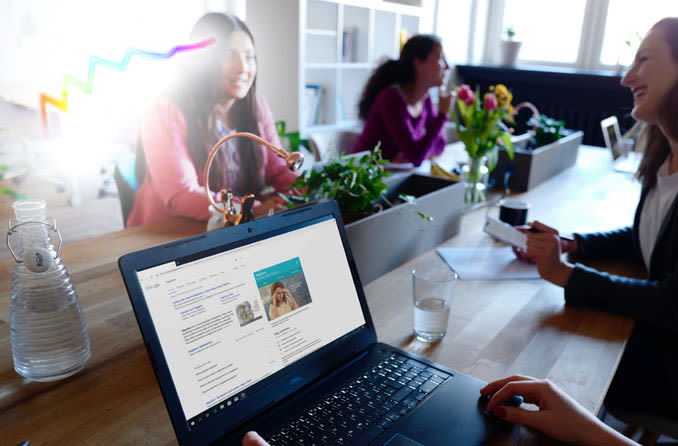 A migraine aura is a warning sign that a migraine headache is about to begin. It usually involves visual disturbances that occur in just one eye and range from flashing lights and zigzag lines to blind spots and blurred vision.

Trouble speaking and numbness can also be part of a migraine aura. Migraine auras also can be sensory or olfactory as well.

Most migraine auras last less than an hour before the head pain starts.

This is known as migraine with aura.

How common is migraine with aura? Less than a third of migraine sufferers experience aura.

Here's what you need to know about migraines with and without auras:

What is a migraine?

Migraine is a neurological condition that is characterized by often incapacitating symptoms including severe, throbbing and recurring pain that’s usually centered on one side of the head.

Other disabling symptoms of a migraine are nausea, vomiting, dizziness, tingling or numbness in the extremities or face, and extreme sensitivity to sound, light, touch and smell.

Migraine headaches can last up to three days and produce moderate to severe pain.

Migraines are most common between the ages of 18 and 44, and they affect women disproportionately. Eighteen percent of American women suffer from migraines, compared to 6 percent of men and 10 percent of school-age children.

There is a strong genetic link for migraines, with about 90 percent of sufferers reporting a family history of these headaches.

Migraine is a "diagnosis of exclusion," which means it is reached by a process of elimination since there is no test or biomarker to confirm its presence.

Just as every person is unique, so are migraine headaches. Migraines differ from person to person, and migraines also can present in different ways and with different symptoms in the same person.

What is a migraine aura and are they dangerous?

“Aura typically is benign in the sense that there is no pain attached to the aura itself. It’s a visual event, a precursor to something much worse,” says Cathy Glaser, executive director of the Migraine Research Foundation.

“The aura is actually during the migraine, but it’s before the other symptoms come," Glaser adds. "You may feel a little off, and then you get the aura and you know you’re getting a migraine, but you don’t know how bad it’s going to be.”

A migraine that begins with head pain (without visual disturbances or other symptoms of aura) is called migraine without aura.

The majority of migraine sufferers do not experience an aura beforehand, so they receive no early warning of the impending headache until the pain begins.

Migraine aura can be dangerous for a couple of reasons. Firstly, migraine aura can be a sign of restricted blood supply to brain cells and in rare cases the symptoms of a migraine with aura are the same as a transient ischemic attack (or mini-stroke).

How to reduce migraine triggers

There are no medications specifically for migraine aura, and no dependable way to prevent it. However, there are steps sufferers can take to try to control their migraines.

“We know that the migraine brain is a very sensitive brain that likes things to remain the same. So you need to eat regularly. If you skip a meal, that’s a trigger,” says Glaser.

“You need to sleep regularly, and not just catch up on your sleep on the weekend. You need to hydrate because dehydration is also a trigger," she adds.

"Keep your stress levels as low as possible and learn how to deal with stress. If you can live that way, then you’re raising the threshold to get a migraine,” Glaser says.

Migraines also can be triggered by environmental factors that can be controlled to one degree or another. These include bright or flickering lights, pollution, changes in altitude, air pressure, strong smells and motion sickness.

Weather changes — such as high or low humidity, sudden or drastic changes in temperature or barometric pressure — also can bring on a migraine headache.

In women, fluctuations in hormones related to pregnancy, oral contraceptives, menstruation and menopause can trigger migraines.

Contrary to some beliefs, Glaser says there is no strong scientific evidence linking migraines to specific foods.

“There are very few food triggers, and none that are universal. Sometimes doctors will put people on an elimination diet just to see if things improve,” she says.

Alcohol and caffeine are two substances that she recommends be limited.

In addition to eliminating migraine triggers, simple relaxation techniques are often recommended for controlling migraines. These include biofeedback and other forms of relaxation training that can reduce stress that may act as a trigger for migraines.

Abortive (also called acute or pain-relieving) medications are over-the-counter (OTC) and prescription drugs that are taken at the first sign of a migraine to stop or reduce pain and other symptoms.

For sufferers of migraine with aura, these medications should be taken as soon as the aura begins.

Designed to work quickly to alleviate nausea and vomiting, the sooner these medications are taken, the more effective they are at treating the migraine.

Abortive medications are varied and can be taken by mouth, skin patch, nasal spray or self-injection.

Preventive migraine medications are taken daily to prevent migraines from occurring. This therapy reduces the number of attacks, lessens the intensity of pain and prevents the onset of future migraines.

Some migraine sufferers end up taking both abortive and preventive medications for maximum control of their migraine attacks.

As with other medical conditions, treatment decisions for migraines (with or without migraine aura) should be made in consultation with your primary health care provider.

READ NEXT: How to get rid of a headache

How to get rid of a headache

Headache behind your eyes: Causes and treatment