What is esophoria and how does it affect vision? 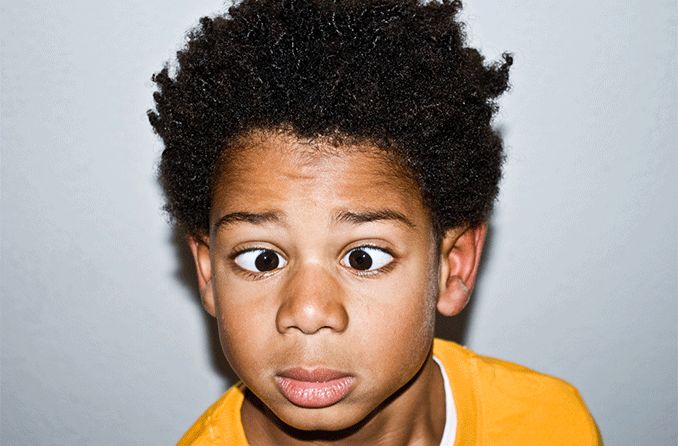 Typically, the eyes align so that their movement is coordinated at all times. If a person has esophoria, however, one eye tends to drift inward if binocular vision is disrupted and both eyes are not focusing on a single object.

Esophoria is an inward turn or deviation of the eye that only occurs some of the time. Eyes appear to work together normally in patients with esophoria, but if the fusion, or binocular vision, between the eyes is broken, an inward deviation can appear. Fusion can break between the eyes when the eyes focus on a near object and one eye turns inward more than necessary.

The condition is diagnosed by an eye doctor through a series of tests that involve covering and uncovering the eyes with a hand or cover paddle. After a diagnosis is made, your eye doctor will determine the best treatment option.

Some cases of esophoria may require correction, while others are mild enough to go untreated.

Esophoria is one of several eye coordination disorders believed to be caused by weak eye muscles or issues with the nerves that send messages to the eye muscles. In rare cases, esophoria can be acquired through an injury or eye disease.

Because the majority of esophoria cases result from underdeveloped eye muscles, it’s critical to have your child’s vision checked regularly — especially if you notice anything unusual about their eye movement or coordination. Experts recommend a child have their first eye exam with a pediatric ophthalmologist or pediatric optometrist at around 6 months of age.

SEE RELATED: Everything you need to know about your baby's vision

“Phorias” and “tropias” of the eye occur as a result of poor eye alignment. However, phorias cause occasional misalignment when fusion is broken, and tropias usually present a constant deviation. Both phorias and tropias are often found in childhood.

Both esophoria and esotropia cause the eye to drift inward, but the main difference is that esotropia is usually constantly present, and esophoria is not.

Some other types of phorias and their tropia counterparts include:

Each type of tropia is a form of strabismus and may cause more problems for vision than phorias, since it is present at all times.

When fatigued, a person may not be able to overcome their phoria and the eye will drift. In some cases, an untreated phoria may eventually progress to a tropia.

Esophoria is a vision condition that affects eye coordination. Other eye misalignment conditions, including exophoria and strabismus can present similar symptoms. These symptoms may include:

Though these symptoms can indicate esophoria, they can also be signs of other various eye conditions. The best way to know for sure is by seeing an eye doctor for a comprehensive eye exam.

Children (especially young children) may have trouble explaining eye problems they are experiencing. Instead, a child may cover one of their eyes to compensate for the misalignment. They may also underperform in sports or have trouble reading.

To diagnose esophoria, an eye doctor will first visually examine the eyes for any alignment problems. A series of cover tests are then performed to help pinpoint the issue. These include the:

There are two types of misalignments to look for during these tests: tropias and phorias.

During a cover-uncover test, an eye doctor covers one eye with a hand or small paddle, looks for misalignments, then uncovers that eye and repeats the process on the other eye.

This test is helpful in detecting eye tropias (when an eye turn is present at all times): If the uncovered eye wanders inward or outward when the other eye is covered, a tropia is likely present. If both eyes remain looking straight ahead throughout the test, further cover testing is performed to look for a phoria. If a phoria is present, the eye that is covered by a paddle moves when that paddle is removed.

An alternate cover test (sometimes called a cross cover test) is performed the same way as the cover-uncover test, but instead of lifting the instrument up and away from the eye, the cover paddle alternates back and forth between the eyes. This action breaks the fusion between the eyes, which brings out a phoria if one is present.

If esophoria specifically is present, one of the patient’s eyes will wander inward during this test. The cover-uncover test determines whether an eye misalignment is a phoria or a tropia. The alternate cover test helps an eye doctor determine the direction and amount of phoria or tropia.

Once the deviating eye is identified, prisms of increasing magnitude are placed over that eye until proper alignment of both eyes is reached. The magnitude used to achieve the alignment is recorded and prism may be added to the glasses prescription.

Esophoria can be treated with corrective lenses such as eyeglasses or contact lenses. If myopia (nearsightedness) or hyperopia (farsightedness) is also present and being treated, the existing correction is often enough to treat the esophoria as well.

However, prism eyeglasses are sometimes prescribed in more severe cases of esophoria to improve alignment problems. A prism is placed in the lens of the glasses to help align the images seen by the eyes. If a person already uses corrective lenses for myopia, hyperopia or astigmatism, prisms can be incorporated into their existing glasses prescription.

Vision therapy for esophoria is sometimes recommended by eye doctors to strengthen the eye muscles and relieve symptoms of the condition, such as eye strain and fatigue.

While some cases of esophoria do not require treatment, regular eye exams are important to monitor the condition and ensure it doesn’t worsen.

Since esophoria is often detected in childhood, it’s another reason it’s so important to schedule regular eye exams for children of all ages. This is the best way to detect and treat any vision problems a child may develop.

Even though eye alignment problems are commonly identified in childhood, it’s important to contact an eye doctor if you notice anything wrong with your eye or vision coordination at any life stage. An eye doctor will be able to assess the problem and determine if it is due to an injury, refractive error, underlying condition or even the aging process.

READ NEXT: Vision problems can be misdiagnosed as ADHD or ADD

What is prism correction in eyeglasses? American Academy of Ophthalmology. March 2021.

What is exophoria and how does it affect vision?