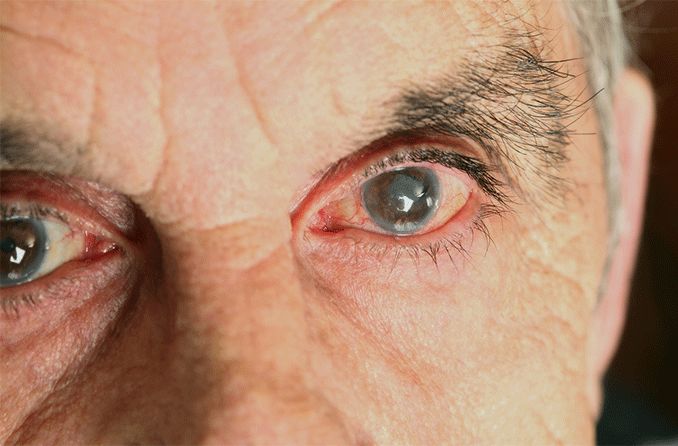 What is a cortical cataract?

A cortical cataract is an opacity in the outer layer, or cortex, of the natural lens. It is more common in people with diabetes and hypertension. Symptoms of cortical cataracts include glare, blurred vision and a decreased ability to perceive color, contrast and depth.

According to the Beaver Dam Eye Study, the incidence of cortical cataracts is around 1 in 10 for people between 43-86 years old. It is a widespread age-related condition and becomes more common as we get older.

A cortical cataract is caused by the buildup of protein fibers in the outer layer (cortex) of the lens. These clusters of clumped proteins disrupt the transparency of the lens fibers, resulting in opacities in the lens.

Opacities that form in the lens cortex develop a (wheel) spoke-like appearance. These opacities are very effective at scattering light as it passes through the lens to the retina. This is why glare and light sensitivity are common early symptoms of cortical cataracts.

As the cataract progresses, the spokes grow into the center of the lens. As this happens, blur increases, color vision becomes altered and depth perception worsens.

Additional factors that can increase your risk of cortical cataracts include:

What are the symptoms of cortical cataracts?

A cortical cataract randomly scatters light as it goes through the lens, causing early symptoms of glare and light sensitivity. It also decreases the amount of light that reaches the retina, resulting in poor vision and contributing to poor color and depth perception.

Cortical cataract symptoms appear early due to the location and shape of the opacities. Some of these symptoms include:

What is the treatment for cortical cataract?

A short-term treatment for cortical cataracts may be a new glasses prescription. The long-term treatment for cortical cataract is cataract surgery. It is a common surgery and carries low risk. The surgeon removes the cloudy natural lens and replaces it with a clear artificial lens called an intraocular lens (IOL). The surgery takes about 15 minutes, and you will be able to go home that day.

What can I do to prevent cortical cataract?

Your doctor can help you manage conditions associated with cortical cataracts such as diabetes and high blood pressure.

Some additional steps that you can take to decrease your chances of developing a cortical cataract are:

What does it mean if I have been told I have a cortical cataract?

Cortical cataracts can cause symptoms that interfere with daily activities, such as night driving. If you are experiencing issues with glare, light sensitivity or blurry vision, talk to your eye doctor. A new glasses prescription may help these symptoms. Your doctor can also evaluate whether you are a candidate for cataract surgery.

Contribution of the nurses’ health study to the epidemiology of cataract, age-related macular degeneration, and glaucoma. American Journal of Public Health. September 2016.

Light exposure and the risk of cortical, nuclear, and posterior subcapsular cataracts. Archives of Ophthalmology. March 2000.

How to help prevent cataract. Review of Optometry. November 2010.

Etiology of posterior subcapsular cataracts based on a review of risk factors including aging, diabetes, and ionizing radiation. International Journal of Radiation Biology. September 2020.

What is nuclear sclerosis?