Wayfarer sunglasses changed everything. Though molded in humble plastic in an understated, functional style, they helped transform simple sunglasses into sophisticated fashion statements.

In the years before World War II, sunglasses had one job: protecting eyes from the blazing sun. Ray-Ban, for instance, introduced its Aviator sunglasses — with wire rims and tinted lenses — in 1938 to help airplane pilots cope with always-on sunshine above the clouds.

Soldiers and fighter pilots of the war era looked dashing in their Aviators, but that wasn’t the intent — it was just a happy side effect.

Innovations in plastics paved the way for Wayfarers, which Ray-Ban introduced in 1952. Soon, shades began to say something about their owners. The revolution was not immediate, but once it began, it was unstoppable.

Wayfarers and a famous, ill-fated ‘Rebel’

Wayfarers emerged from the Rochester, New York, headquarters of Bausch + Lomb, the eyewear pioneers who founded Ray-Ban. A designer there named Raymond Stegman envisioned mounting the lenses in rounded plastic frames that flare at the top outside edges. 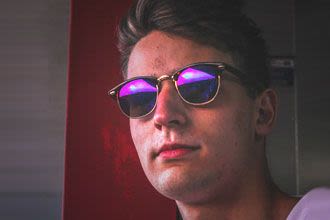 In 1955, Dean wore Wayfarers in “Rebel Without a Cause,” the movie that rejected the cultural conformity of the 1950s and came to define teen angst for generations to come. Dean died in a terrible car crash on September 30, 1955, less than a month before “Rebel” arrived in theaters.

Before long, the original Ray-Ban Wayfarers and a raft of imitators started showing up on the faces of celebrities like Marilyn Monroe and her secret political paramour, John F. Kennedy.

Cary Grant’s tortoise-shell shades in Alfred Hitchcock’s legendary thriller “North by Northwest” reflected the Wayfarer form, though they were manufactured by a competitor.

From then on, Wayfarers and the style they inspired would be intricately linked with the mechanisms of fame.

Wayfarers and the 1960s counterculture

A history of the Ray-Ban brand called the Wayfarer “one of the most instantly recognizable fashion accessories ever” in the 1960s. 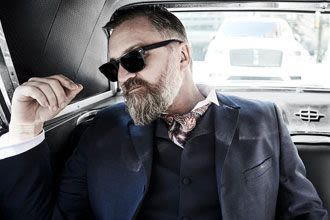 And so it was. The Beatles wore Wayfarers. Muhammad Ali wore them. And one of the most famous counterculture figures of the decade, singer-songwriter Bob Dylan, was photographed wearing Wayfarers in studio sessions for “Like a Rolling Stone,” his sprawling ballad about a young upper-class woman who has hit the skids.

That decade of prosperity and tumult brought sunglasses into the fashion mainstream. Hippies, TV stars and stay-at-home moms made shades a part of their fashion sensibility. Frames took on new shapes, and lenses added new tints.

Through it all, Wayfarers thrived with an uncanny ability to meld form and function. A galaxy of frame-and-lens combinations hit the market, but none of them said “cool” or “with it” like Wayfarers.

READY TO SHOP FOR WAYFARERS? Find an optical store near you or shop online.

Wayfarer sunglasses define the look of the 1980s

Changing tastes made the 1970s something of a lost decade for Wayfarers. When John Belushi and Dan Aykroyd sported Wayfarers in their comic masterpiece “The Blues Brothers” in 1980, U.S. sales had shriveled to fewer than 20,000 pairs a year. 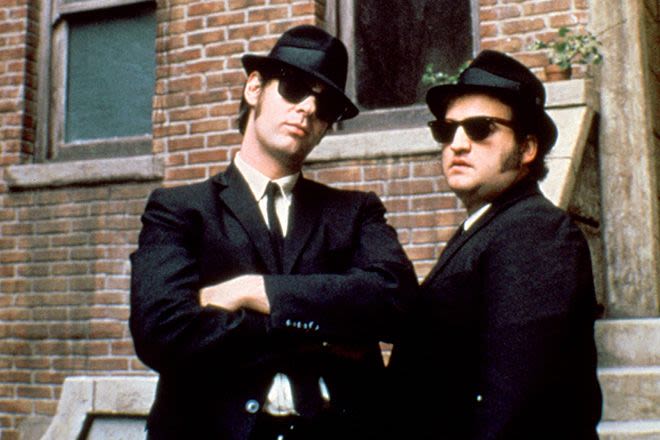 But things were about to bounce the other way.

In 1982, Bausch + Lomb inked a $50,000 contract with a California company called Unique Product Placement to put the frames on famous faces on TV and in movies.

Sales exploded to 1.5 million in the span of five years, Fortune reported.

As the decade closed, Bausch + Lomb sold the Ray-Ban brand for $640 million to Italian eyewear giant Luxottica. It was up to them to keep the brand thriving.

In 2002, Luxottica’s Ray-Ban team redesigned the Wayfarers’ frames, shrinking and rounding them off and switching to lighter injection-molded plastic from the classic acetate. 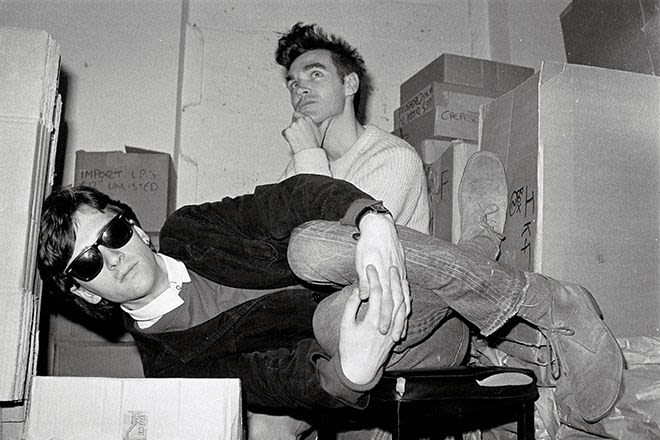 Wayfarer frames have evolved over the decades to become more friendly to the person wearing them. Moreover, they encompass a wide range of classic and updated styles that are in tune with the tastes of consumers.

Through all their ups and downs over the past 60+ years, Wayfarers continue to thrive because they get the job done in style without overdoing it.