What to look for in sunglasses for bicycling 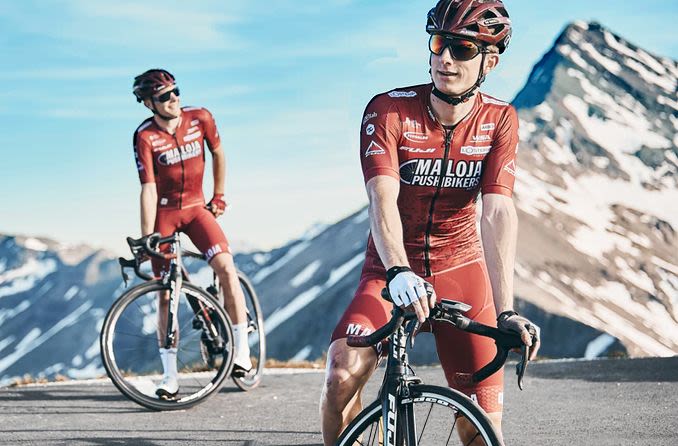 “I have a pair of Tifosi glasses that I wear most regularly,” says Jared Schmid, of Waco, Texas, who spends most of his time racing and building bikes.

Schmid says of his sunglasses: “Especially during mountain biking, they help keep debris, bugs and other stuff from getting in your eyes.”

What bicyclists look for in sunglasses 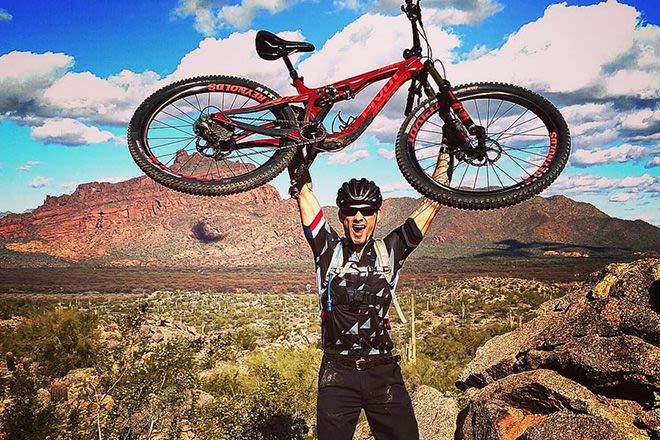 Jared Schmid holds up his bicycle.

Sunglasses are an important part of Schmid's bicycling wardrobe — and not just because they protect his eyes and block the sun’s glare.

“They have certain lenses that will enhance the trail or the road, so it makes things a little more visible so you can see them more clearly,” Schmid says.

For Jenna Hay, a Dallas triathlete, durability is at the top of her list when choosing sunglasses. Hay represented Team USA at the 2016 ITU Powerman Long Distance Duathlon World Championship.

“The reality is you’ll be traveling with them and dropping them and throwing them in your gear bag,” Hay says. “You definitely want a pair that can withstand the brutality with which you treat your gear.”

After durability, lenses are another factor Hay weighs in choosing sunglasses.

“Reflective sunglasses or at least polarized sunglasses are a plus to prevent sun damage, especially since you’ll probably be riding in the brightest parts of the day,” Hay says. “You don’t want sun glare to cause a crash — there are way cooler ways to crash.”

SEE RELATED: Why you should consider Oakley glasses

Cyclists racing on a competitive level may have multiple pairs of sunglasses to complement their “kit,” which consists of a jersey and shorts worn during the race. 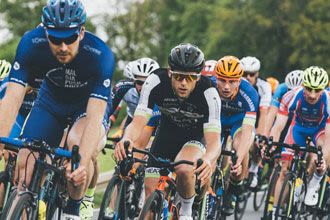 Schmid notes that Oakley sunglasses are popular with bicyclists because of their versatility.

“Some frames come with three different lenses that you can interchange with a darker or a lighter tint,” he says.

“Some may be polarized, which helps cut down on glare. I see a lot of cyclists wearing Oakleys for that reason.” 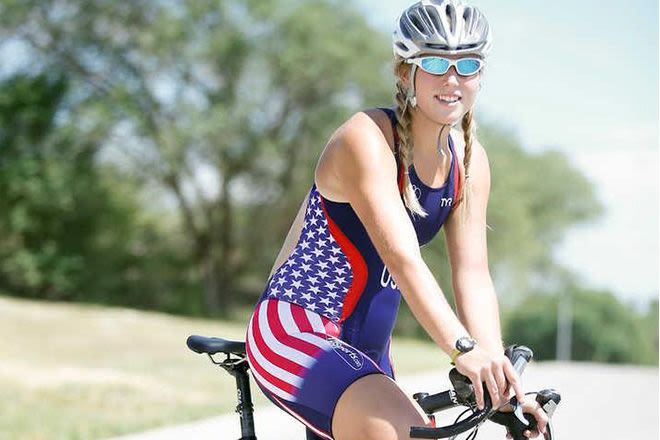 For many bicyclists, sporting the most wild, colorful shades has become a friendly competition of its own.

Hay, for example, wore red, white and blue as part of Team USA, completing her uniform with a pair of classic white frames and blue reflective lenses.

Bold designs are a fun element to cycling sunglasses, but at the end of the day, the color of your frames will not help you win a race.

Hay believes comfort and durability are what make the most impact when you’re cruising through your route.

“For road cycling, flexible material on the frames will help with comfort since you’ll be pedaling against the wind and ideally clipping a helmet on,” Hay says.

“Mountain biking glasses should be worn to protect and provide total visibility,” she says. “Whether you are flying downhill or riding cross-country, you’ll be kicking up dirt, rocks, sand, etc. It’s ideal to pick frames that provide plenty of coverage and are durable.”

Bicycles and accessories are big business

Schmid’s exposure to the cycling industry landed him a job as lead mechanic at a bike shop, where he builds custom road bikes that can cost up to $16,000. 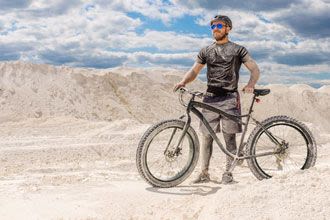 If your mouth is agape at that price tag for a bicycle, you’re not the only one.

The bike market within the U.S. is estimated to be worth over $6 billion, and it is expected to increase by 5% over the next three years.

For an industry that rakes in this kind of revenue, it’s easy to imagine the different types of accessories available — sunglasses, for example — for competitive and amateur bicyclists.

In one photo, a pair of yellow lenses fits comfortably beneath his helmet as he poses with his bike before a race.

In another picture, Schmid is proudly lifting his bicycle over his head, mountains and blue sky in the background, and a pair of simple black frames on his beaming face.

The importance of sunglasses

Regardless of where your bicycling takes you or on what type of terrain, protecting your vision with a reliable pair of sunglasses is of the utmost importance. 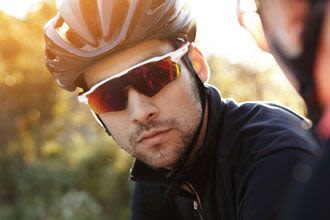 Before the click of your helmet buckle and the clink of your bike chain send you off on your next adventure, be sure to put on a trusty pair of shades.

How photochromic lenses can help you as a cyclist

Are polarized sunglasses right for you?