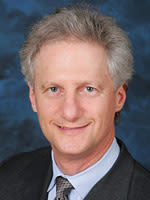 He is one of only four LASIK surgeons in the United States selected to join the clinical advisory board of the world's largest eye care company, Alcon Laboratories, and he has served as an investigator in numerous clinical trials where new LASIK technology is developed and refined.

Dr. Caster has been chosen by Los Angeles Magazine as the "Best Laser Eye Surgeon in Los Angeles," selected by W Magazine as one of two top LASIK surgeons in the United States and voted by other physicians as one of the "Best Doctors in America." National media has featured Dr. Caster's work on numerous occasions, including articles in Newsweek, The Wall Street Journal and The Los Angeles Times. He has appeared as a special guest on the NBC Today Show, Channel 2 News, Channel 7 News, National Public Radio and Fox Sports. He performed LASIK surgery on all of the eligible participants in the Fox program The Swan during its inaugural season.

He also authored the book Lasik: The Eye Laser Miracle, which is the most widely read book in America on LASIK laser vision correction, now in its seventh edition.