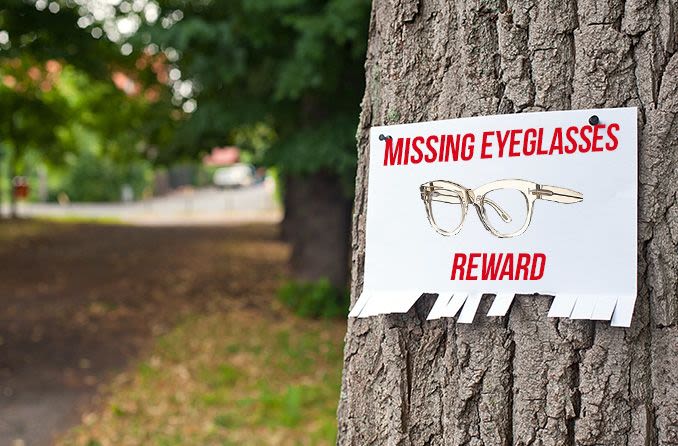 Vision was often discussed in my household when I was growing up. My grandmother had age-related macular degeneration (AMD). Her eyesight started to fail when she was in her 30s, and she became legally blind by 65.

As kids, we would joke about her talking to a lamp, thinking it was one of my sisters, but we adored our grandmother, and the laughter masked intense sadness. It was terrifying. Would we have this dreaded thing called macular degeneration?

My mother took pains to get our eyes checked regularly, and she insisted we get eye exams as adults. So far, we’ve been spared any major vision issues such as AMD, but the concern continues.

NEED AN EYE EXAM? Find an eye doctor near you and schedule an appointment.

When my first real job came with vision insurance, I was excited and used it liberally. Everything was fine until my perfect vision began to fade.

Presbyopia and my first pair of glasses

At 42, the font on restaurant menus became strangely small. Frightened, I asked my ophthalmologist if it was the first sign of disease.

He smiled and said, “Sorry, Erica, it means you're not a kid anymore. Everybody's eyesight starts to go at around your age. In England, the nickname for reading glasses is 42s, so you’re right on track.” 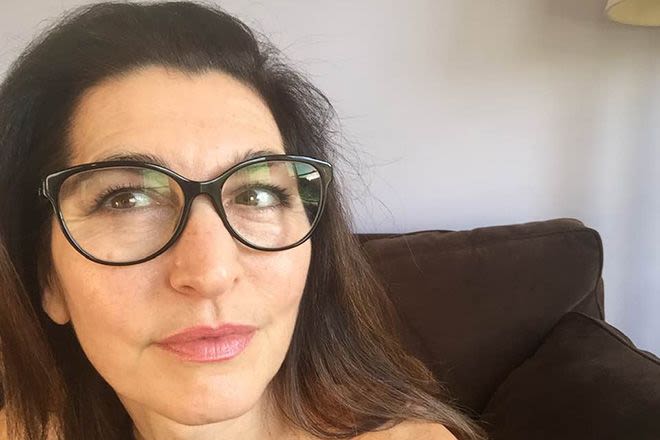 Author Erica Sandberg and her eyeglasses.

The reason my eyesight was starting to go is presbyopia, the normal loss of near focusing ability that occurs with age. As my ophthalmologist explained, it’s a condition that affects most people after they hit their 40s.

To ease the pain, I decided to get a gorgeous pair of glasses.

LOOKING FOR YOUR OWN PAIR OF GORGEOUS GLASSES? Find an optical store near you.

From Prada specs to a frumpy pair

The first pair of eyeglasses that I tried on that made my heart palpitate was by Prada. They were dark green and had three delicate rhinestones on the side. As soon as I slid them on, I felt like the women in the store’s posters who looked like a cross between librarians and supermodels.

The price was above my threshold, but I handed over my credit card.

I’m inherently careless when it comes to possessions, however. Babying anything except a baby is unnatural, so snapping a pair of glasses into a case and minding their whereabouts is strongly difficult for me.

I’d set down my glasses and walk away before realizing I can't see, then scramble to find my specs.

Almost miraculously I had those Pradas for a few years before they disappeared into the ether.

Unfortunately, my next pair of eyeglasses wasn't so stunning, but those glasses were also expensive. My friend chose the glasses and persuaded me to purchase them. The brown frames were simultaneously delicate and frumpy. Everything about them depressed me.

After wearing them a few times, the glasses now sit in a coffee mug above my computer.

How I became a glasses collector

So, I turned to buying cheap reading glasses in bulk. Misplacing or sitting on them is fine. Readers are strictly utilitarian and I have them scattered everywhere in my home.

As my vision declined, my career took off. As a consumer finance reporter and expert, I was often on-air doing TV news spots. I couldn’t read the teleprompter or my notes without my glasses, but the lights bounced off the lenses, creating a flash.

So, I got contact lenses, which initially I hated. It took me months to master putting them in, and I still approach the process as a wrestling match. 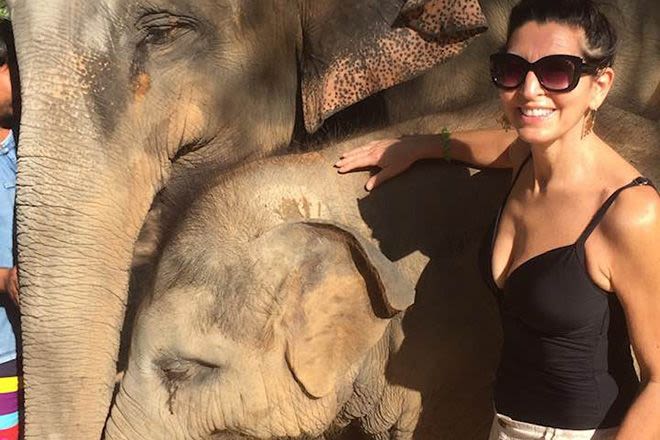 From Prada to … Chanel

Then came Chanel. Be still my heart. The smoky black frames were large, beautifully balanced, and the arms were embedded with antique lace. But when I saw the price, I gasped. Oh no, not again.

My then 10-year-old daughter was with me and insisted I buy the Chanel glasses, though, and she was right. They were gorgeously designed, like fine jewelry; and every time I put them on I felt glamorous.

The lace was tangible, and it became my touchpoint. This time I was determined to hang onto my special specs. When my Chanels weren’t on my face, I made certain they were in that gorgeous quilted case.

Yet those glasses eventually had legs too.

One night I bounced around a lot and it took me days before I realized my gorgeous Chanel glasses were really gone. I traced my steps, called every place I might have been and rifled though many lost and found boxes.

Nothing. I felt so stupid. My job is to report and advise on money and consumer issues, and here I am, irresponsible with a costly product.

I vowed to not purchase expensive glasses, no matter how they made me feel. I simply don't deserve them, I thought.

I found a stylish pair for $22, and I have to admit that they’re pretty cool. I bought two pairs, and I won’t be devastated if I lose, scratch or break them.

What happened to those Chanel glasses always vexed me, though. I really did try keeping them safe, so it didn’t make sense that they would vanish.

Then one day I pulled out a rarely used handbag. Inside was the familiar quilted case, and within it were my glasses. Intact. Which proved I can be trusted with precious things after all.

Adding sunglasses to the mix 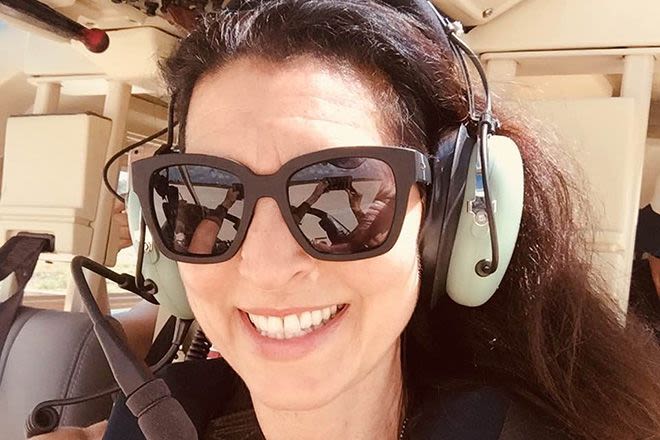 Today, I mix it up. Some glasses are disposable, others are precious. I travel a lot and have found that contacts are best for being in unfamiliar territory.

The most crucial thing is to take care of my vision. I never miss an ophthalmology appointment, and I make sure my daughter goes as well.

My doctor stressed the importance of wearing sunglasses with excellent lenses, and I take his advice seriously. I want to protect my vision. After all, who doesn’t love a great pair of sunglasses?

And I’d like to avoid holding conversations with inanimate objects (like my grandmother) for as long as possible.

WHAT'S YOUR GLASSES STORY? Email us at admin@allaboutvision.com.