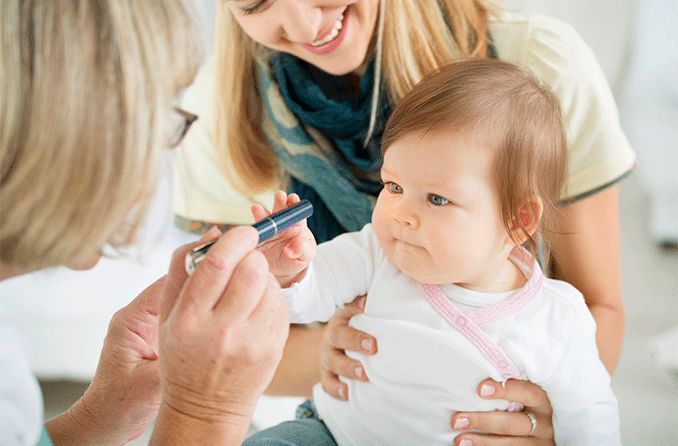 In most cases, individuals with nystagmus are aware that something is off. Whether it’s the blurry vision, headaches or the telltale sign of nystagmus (involuntary eye movements), people with the condition usually seek an eye doctor to find out what’s going on with their eyes.

But how do eye doctors test for nystagmus? While a general eye doctor is able to recognize the signs of nystagmus, a specialist dives deeper to establish a cause of nystagmus and find a solution.

Read on to learn how eye doctors test for nystagmus, what the tests include and the CPT codes for each, so you can determine cost.

How to test for nystagmus

While testing for nystagmus is done during your annual physical or routine eye exam, the general screening is pretty basic. Nystagmus testing at a specialist’s office is much more detailed, as they’re focused specifically on diagnosing nystagmus and the cause.

In a general screening for nystagmus, a physician or eye doctor will typically shine a light in each of your eyes. They’ll ask you to follow the light with your eyes as they move it from side to side or up and down.

Doctors do this to check the smoothness and range of your eye movements, which are factors that determine nystagmus or strabismus. If they detect abnormal eye jerking or movement — either horizontally, vertically or rotationally — they may send you to a specialist for a more thorough nystagmus test.

During a nystagmus screening with a neuro-ophthalmologist, a number of tests may be performed that are designed to pinpoint what kind of nystagmus you have.

A spontaneous nystagmus test is essentially a straight-on observation of a patient’s eye behavior. Nystagmus can be suppressed by fixation, meaning the eye movement can hide when the eyes are focused on an object. Frenzel goggles are used to reduce the eye’s ability to focus, so nystagmus is easier to detect, if present.

Positional nystagmus testing observes relaxed eye movements (not focusing on an object) in three different positions. First, the physician will have you sitting up with your legs out straight. They will turn your head 45 degrees to the right, then lay you down rather quickly.

As you lay with your head turned right, they observe your eye movements for direction changing nystagmus. This method is repeated on the other side. This is known as the Dix Hallpike test and determines whether your nystagmus is being caused by an inner ear issue.

Optokinetic nystagmus tests are done by presenting rapidly moving images and observing how the eyes track them. Unlike the other tests, nystagmic eye behavior is a positive response because the rapid eye movement is a natural reaction to the stimuli.

An example of this is when you’re looking out the window in a moving car. Your eyes are constantly moving to keep track of the objects flying by as the vehicle moves past them.

Oscillating tracking test, also known as the head shake test, occurs when a doctor instructs the patient to focus on the doctor’s nose while the doctor turns the patient’s head from side to side. The shaking varies between slow and smooth to short and rapid, while the patient's eyes are focused on a central point.

Doctors will observe whether the patient’s eyes fail to stay on the focal point and how they respond to head movements. If there is a lag in tracking, it means a vestibular (inner-ear) issue is likely present.

Current Procedural Terminology (CPT) codes are a series of numbers assigned to specific medical services and procedures. The codes are used to identify which services were performed during an office visit and their associated cost. Details of CPT codes are updated annually.

Typically, when you’re tested for nystagmus during a physical exam or comprehensive eye exam, the test will check to see if signs of nystagmus are present. This basic eye movement and nystagmus screening would generally fall under “General Ophthalmological Services and Procedures” with CPT codes 92002-92014.

If during this general screening, your eye doctor or physician detects signs of nystagmus, they will likely refer you to a specialist, like a neuro-ophthalmologist. This specialist will conduct more detailed, in-depth testing to establish the type of nystagmus and determine the cause.

A number of tests may be conducted to provide the required information for a diagnosis, each with their own CPT code. The most common nystagmus test CPT codes include:

In most cases, the first step in diagnosing nystagmus is having a comprehensive eye exam. You will not be able to see a specialist without a referral from your eye doctor, so it’s important to have a general screening done first.

Your eye doctor will be able to check for nystagmus, as well as other eye conditions, and proceed accordingly to provide you the best care possible.