Bioflavonoids like rutin can benefit your vision: Here’s how 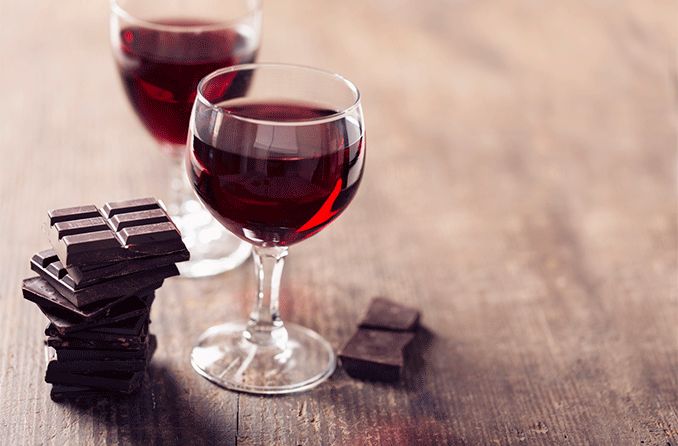 Rutin is a bioflavonoid that is found in certain vegetables and fruits and has been found to protect eye health. Rutin is also known as vitamin P or rutoside.

Many bioflavonoids, including rutin, have potent antioxidant and anti-inflammatory effects. Bioflavonoids are thought to benefit the heart, protect against cancer, help lessen allergies and even protect the eyes.

There are six major classes of bioflavonoids:

The USDA has a comprehensive list of sources and types of flavonoids in foods.

Bioflavonoids help protect us against molecules called free radicals, which the body produces as it fights off bacteria and viruses and which our cells make during the normal course of energy production.

Free radicals can also be produced by toxins, such as cigarette smoke or pesticides. Too many free radicals create what is known as oxidative stress, which can damage cells. As we age, free radical damage may accumulate.

Substances that deactivate free radicals and keep them from harming cells are known as antioxidants. Bioflavonoids are one such class of powerful antioxidants.

If your eyes water and itch during pollen season, bioflavonoids may be of benefit.

Bioflavonoids may help protect against allergic reactions, including asthma and hay fever.

Flavonoids work by blocking the cells in the body that contribute to allergic reactions, such as mast cells. They may also reduce the activity of molecules known as cytokines, which play a role in inflammation.

Quercetin is one particular bioflavonoid that has been shown to help reduce allergies.

Bioflavonoids have been shown to possibly protect against certain eye diseases, through their antioxidant and anti-inflammatory action.

Anthocyanins, which are present in bilberries, black currants and blueberries, are thought to be good for the eyes. Anthocyanins give the berries their blue and purple hues.

Research has shown that anthocyanins may help reduce the risk of cataracts as well as macular degeneration, both diseases common in the aging eye.

Anthocyanins also help maintain the health of the cornea and keep the blood vessels in the eye healthy. Additionally, they may help improve night vision and protect against glaucoma.

Studies have also shown that anthocyanins may reduce inflammation in the eye, and may even help prevent diabetic retinopathy.

In addition to bilberries and blueberries, other good sources of anthocyanins include acai fruit, cherries, plums, cranberries, raspberries, eggplant, red and purple grapes, and red wine.

Bioflavonoids may help protect against age-related macular degeneration (AMD). One study of more than 2,000 adults followed for 15 years found that a diet high in flavonoids reduced the likelihood of suffering from AMD.

Rutin may have multiple benefits for the eyes and vision. Rutin is present in tea leaves, apples, buckwheat, asparagus and other fruits and vegetables. Rutin is converted in the gastrointestinal tract to quercetin, which is known to have potent anti-allergic and anti-inflammatory benefits.

Rutin is known to help regulate blood flow and strengthen blood vessel walls. Blood flow to the retina is critical to maintaining clear, sharp vision. Rutin is thought to help protect against blood vessel diseases of the eye, including diabetic retinopathy.

Diabetic retinopathy is caused by weak, leaking blood vessels that damage the retina.  If not treated properly, it can lead to permanent vision loss. Rutin is thought to strengthen the blood vessel walls.

Rutin can also prevent another blood vessel condition called subconjunctival hemorrhage. This occurs when a blood vessel in the eye bursts. The burst blood vessel may temporarily turn the white of your eye red.

One small study of 16 patients found that eye pressure decreased an average of 20% after 40 days of taking the combination of rutin and forskolin. Another study looked at patients awaiting surgery for glaucoma. Eye pressure dropped by an average of 10% after one to three weeks of treatment.

In another study of the rutin-forskolin blend, the plant-based blend was able to prevent a spike in eye pressure that commonly occurs after laser eye surgery. Eye pressure was elevated in the week following laser surgery in those who did not receive rutin and forskolin, while it remained normal in those who did.

Vitamin C is a well-known and powerful antioxidant that can help maintain eye health, with particular benefits to the cornea, retina and lens of the eye. Vitamin C is also known as L-ascorbic acid, and is a water-soluble vitamin that is naturally present in some foods, such as oranges, grapefruits and broccoli.

Humans are unable to synthesize vitamin C endogenously, so we must get it from our diet. Vitamin C and bioflavonoids work together synergistically, and enhance each other’s antioxidant potential.

The best way to protect your eye health is to eat a varied, healthy diet high in fruits and vegetables. These are also the best sources of a rich array of bioflavonoids. Green tea, black tea and cocoa are also good sources of flavonoids.

Along with regular eye exams, exercise and a healthy diet can go a long way to keeping your eyes healthy.

READ NEXT: How to choose eye and vision supplements

Effects of flavonoid supplementation on common eye disorders: A systematic review and eta-analysis of clinical trials. Frontiers in Nutrition. May 2021.

A glimpse at the aging eye. NPJ Aging and Mechanisms of Disease. February 2016.

All about rutin. Rebuild Your Vision. May 2020.

Rutin may have a role in the treatment of glaucoma. New Glaucoma Treatments. April 2015.

Dietary flavonoids and the prevalence and 15-y incidence of age-related macular degeneration. The American Journal of Clinical Nutrition. Aug 2018.