Why would someone's vision only get blurry at night? 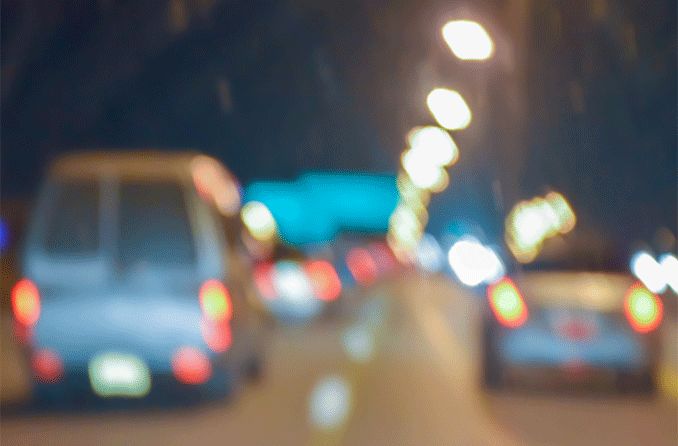 There are a few reasons why someone's vision could look blurry at night. A phenomenon called night myopia — a temporary type of nearsightedness — is the most common cause of blurry vision that only seems to happen at night.

Night myopia is nearsightedness that is only noticeable in low-light settings. It's a common problem — one study of professional drivers showed that one in four (about 25%) had some level of night myopia. The average age of those drivers was 21 years.

The same study suggested that night myopia can also affect safety: Drivers were more likely to get into an accident at night if they experienced some level of blurry vision in low light.

Researchers aren't exactly sure why night myopia happens, but there are two main theories:

Some people think it occurs when people already have "regular" myopia that hasn’t been corrected yet.

Since the eyes' pupils open wider at night to let more light in, blur increases and makes the effects of nearsightedness much more pronounced. But when the pupils get smaller again in the light of day, the blurring issue clears up and no longer seems problematic.

Possible cause: Lack of focusing ability in the dark

The other theory is that the eyes are less likely to focus correctly in the dark, or in response to certain images in the dark. This causes the eyes to set their focus to a shorter distance with a more nearsighted range of clarity.

If you think you have night myopia, schedule an eye exam. You might have myopia, which is very common and usually easy to correct. By correcting your nearsightedness, you might just improve (or remove) the blurry vision you experience at night.

Can anything else cause blurry or reduced vision at night?

Several things can cause your night vision to get worse overall. While night myopia might make it seem like only your distance vision is blurry at night, some things make everything harder to see in low-light conditions.

Shedding light on night myopia. Journal of Vision. May 2012.

Why does it take so long for our vision to adjust to a darkened theater after we come in from bright sunlight? Scientific American. August 2007.

How does night vision work?

What is night blindness?

Night vision and driving: How safe are older drivers?