Aphantasia: Are your eyes related to the inability to visualize images in your mind? 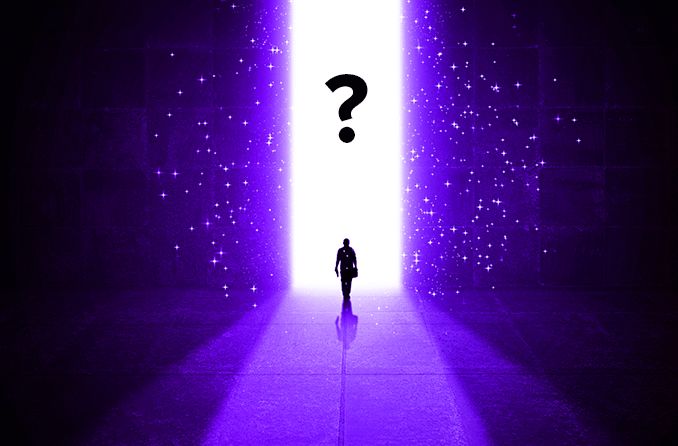 Aphantasia is the inability to visualize things in your mind. Also called image-free imagination, the condition makes it impossible for someone to picture something in their mind’s eye.

The mind’s eye is a term given to a person’s ability to recall or imagine how something looks, feels, sounds, etc. without being in its presence. Aphantasia does not affect one’s creativity, ability to recall memories, or recognize past images they’ve seen before.

The concept of aphantasia is new. In fact, the name “aphantasia” was only given to the condition in 2015 after research findings were published in a study that followed a man with acquired aphantasia. The first case was described in 2005 when a man lost his ability to visualize after a minor surgery.

Since then, experts have done more research to further understand the condition. Slowly but surely, they are learning more about how aphantasia affects a person.

One study showed pictures of various rooms to both aphantastic and visualizing participants. The participants studied the pictures for a time, then were asked to draw the rooms they observed from memory.

The study found that aphantastic subjects provided much less detail than visualizing subjects. They also used much less color, and relied on verbal descriptions instead of drawing out the objects.

The color and detail recalled by aphantastic subjects lacked significantly. But they showed normal recollection of spatial details in their image recreation. They also provided fewer memory errors than those with normal visualization.

It’s speculated that a more accurate memory is consistent with aphantasia. This is because a person with the condition is less likely to create false memories of events. It's also unlikely for them to have one memory clouded by images associated with another memory.

Researchers have determined two types of aphantasia: Congenital and acquired.

Acquired aphantasia means a person developed the condition later in life. Many acquired cases occur after a brain injury or stroke. However, cases have also been linked to episodes of mental health struggles, such as depression, anxiety and psychosis.

The details surrounding brain activity in people with aphantasia are still being researched. It’s suspected that aphantasia may be a variation of other neurosensory conditions, such as synaesthesia and prosopagnosia.

Synaesthesia is a condition in which one sense is experienced as one or more other senses. Examples of this include thinking certain foods “taste like the color blue,” or thinking words ending with similar sounds — like college, village, message, etc. — elicit the taste of sausage.

Prosopagnosia is a type of visual agnosia in which someone is unable to recognize faces.

How common is aphantasia?

Between 2% and 5% of the world population has some level of aphantasia. The condition exists on a spectrum. Some people with aphantasia may have weak visualization skills while others completely lack the ability to visualize.

Understanding of the condition is still new. And many people with aphantasia aren’t aware that they have it until they become familiar with the condition. So, it’s unknown whether more people have acquired or congenital aphantasia.

What your eyes can reveal about aphantasia

Your pupils vary in size depending on certain environmental factors. This includes dilating in low-light conditions and constricting in bright conditions. They can also change size during certain cognitive processes.

For example, if a person were to look at a grayscale picture of the sun, the pupils would constrict in response. This is because their brain is registering the image as “bright.” When presented with a picture of the moon, the pupils do not constrict. Instead, they dilate because the brain associates the moon with low-light conditions.

This concept was used in a 2022 study to see if pupillary response when visualizing could determine if a person has aphantasia.

Study participants were shown four “Bright” or “Dark” triangles for five seconds, then were asked to look at a blank screen for eight seconds. Afterward, they were asked to visualize the triangles they were just shown and rate how vivid their visualizations were.

Results showed that the stronger and more vivid the visualizations, the greater the pupillary light response was. The group of self-proclaimed aphantastics did not show evidence of pupil response during visualization.

These results suggest that a person’s pupil response when visualizing can determine whether they have the ability to create imagery in their minds.

How to tell if you have aphantasia

Aphantasia assessments are available from different organizations, like the Aphantasia Network, that measure a person’s ability to visualize certain people or scenarios. These assessments can give you some insight into whether you have some level of aphantasia.

A simple way to tell whether you have aphantasia, without the use of any tools, is to try and visualize a specific image. Think about a cat that’s curled up and sleeping in sunlight cast in from a window. Think about the color and length of the cat’s fur. What is the cat sleeping on? A rug? On top of a cat tree?

If you’re having trouble creating a picture in your mind based on the above description, you may have some level of aphantasia.

A: While it’s not confirmed, it seems possible that congenital aphantasia is heritable. People with the condition are more likely to have a close relative (biological child, parent or sibling) who also has difficulty visualizing.

Q: Can aphantasia be cured?

A: At this moment, aphantasia treatment does not exist. This is mainly because experts are still unsure of what causes the condition.

People with the condition are usually otherwise healthy, and can live successful, fulfilling lives. So, the focus of researchers right now seems to be understanding the condition rather than treating it.

Q: Do people who are blind have aphantasia?

A: While it’s possible for someone who is blind to also have aphantasia, blindness and aphantasia do not go hand in hand.

A person who becomes blind later in life still has the ability to visualize images that they once saw. In fact, a condition called Charles Bonnet Syndrome describes people who are partially or completely blind, but still visualize or “see” various animals, people, shapes and colors.

A: A recent study found that, compared to people who had the ability to visualize, aphantastics’ episodic memory and ability to imagine future events were significantly reduced. It's suggested that other cognitive functions involving a visual sensory component are likely also reduced.

Q: Do people with aphantasia dream?

A: Yes, people with aphantasia can dream. However, they dream much less frequently than people with visualization abilities. Their dreams are also a lot less vivid.

Q: What famous people have aphantasia?

A: Some notable people who have aphantasia include:

Many successful authors, such as James Harkin, Mark Lawrence, Yoon Ha Lee and Michelle Sagara have also been open about living with aphantasia.

When the mind’s eye is blind. Scientific American. August 2018.

Quantifying aphantasia through drawing: Those without visual imagery show deficits in object but not spatial memory. Cortex. February 2021.

Conflicting intuitions may be based on differing abilities: Evidence from mental imaging research. Journal of Consciousness Studies. 2009.

Aphantasia: What it's like to live with no mind's eye. Science Focus. November 2019.

Aphantasia: How it feels to be blind in your mind. Blake Ross. April 2016.