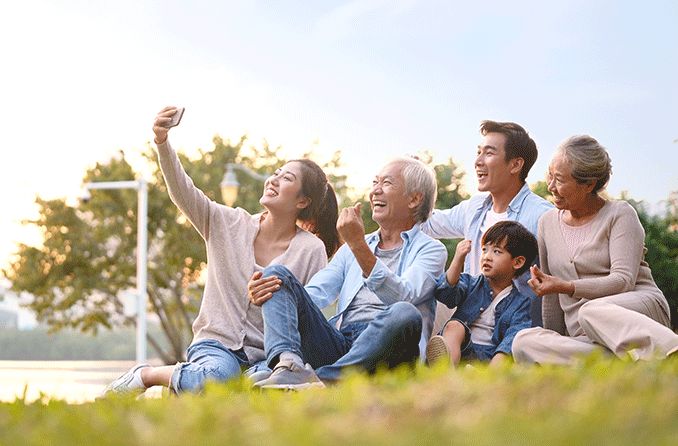 Prevalence of eye disease among Asian Americans and Pacific Islanders

Asian Americans and Pacific Islanders (AAPI) descend from over 20 countries, making up 7% of the U.S. population (around 20 million). They’re at higher risk for some eye conditions, including myopia, diabetic retinopathy and angle-closure glaucoma, and complications of hepatitis B and tuberculosis.

The AAPI community includes Americans with roots in India, China, Japan, Korea, Vietnam, the Philippines, Guam, Samoa and a wide range of other countries in Asia and the Pacific Islands.

A highly diverse group of people, the term Asian American generally includes people from South Asia, East Asia and Southeast Asia. As a result, it is difficult to make sweeping medical generalizations that apply to all Asian Americans.

For example, some eye conditions, such as myopia, are much more common in people of Chinese descent than Indian descent.

With that said, Asian Americans and Pacific Islanders are, in general, at higher risk than the overall population for certain medical conditions, such as diabetes, hepatitis B and tuberculosis, which can have implications for the eyes.

Myopia, or nearsightedness, is a common vision condition that results in blurry distance vision while near vision remains clear. Rates of myopia in children are skyrocketing. A 2016 study published in Ophthalmology predicts that by 2050, nearly half the world’s population will be nearsighted.

Researchers think that both genetics and environment play a role in the development of myopia. They also believe that environmental triggers may affect how myopia genes are expressed.

Genome-wide association studies (GWAS) have identified over 200 genes associated with myopia. In addition, a large number of studies have found that myopia is more prevalent in children who have less outdoor light exposure. Other studies have also found a link between the onset of myopia and prolonged near work without visual breaks.

East Asian countries have had the highest rate of increase in myopia. Some reports have found that up to 86% of Singaporean-Chinese people, ages 15 years and older, have developed myopia.

Studies of Australian and American children of Asian descent are more likely to be myopic than children of European descent. According to the Lancet Global Health Commission, genetics, lifestyle and educational practices may all be contributing to the increase in myopia in school children and young adults in the Asian population.

Asian Americans are at a higher risk for myopia. It is especially important to monitor school-aged children for myopia with yearly eye exams.

Myopia that progresses above -6.00 diopters (high myopia) is a risk factor for many serious eye conditions that can lead to vision loss. Several strategies show promise for slowing down the progression of myopia.

Asian Americans, particularly Indian Americans, have a tendency toward fat accumulation in the abdomen (visceral fat) as well as resistance to insulin. They also have other genetic factors that put them at higher risk of developing diabetes.

An Asian American may not look overweight, but they may be at higher risk for diabetes, heart disease and stroke due to the visceral  fat hidden in their abdomen. This can lead to a later diagnosis as they may not be seen as “at risk” for these conditions, even by their primary care doctors.

Among Asian Americans aged 45 to 64, diabetes is the fifth-leading cause of death. According to the Asian American Health Initiative, a switch from the traditional plant- and fish-based diet to a Western diet of processed food and animal fats (plus a less active lifestyle) has resulted in an increase in the likelihood of diabetes development.

This is problematic because diabetes damages the small blood vessels in the eyes, kidneys and other organs of the body, resulting in poor health and quality of life.

Diabetes can cause severe complications in the eyes and vision, including:

The best way to prevent diabetes is to live a healthier lifestyle. This includes daily exercise, eating healthy, not smoking and scheduling routine doctor visits, including annual comprehensive eye exams.

Chinese Americans, Korean Americans and Japanese Americans are at a significantly higher risk of primary angle-closure glaucoma (PACG, also called narrow-angle glaucoma). It is the most frequently seen form of glaucoma in people of East Asian descent.

Primary angle-closure glaucoma is the result of increased pressure in the eye. When the fluid that circulates in the eye, known as aqueous humor, cannot flow out properly, it causes the pressure in the eye to build up. This increase in eye pressure can cause damage to the optic nerve and result in gradual vision loss.

Primary angle-closure glaucoma can be divided into several different types, including:

PACG can lead to permanent vision loss. Since there may be no warning symptoms, it is crucial to have an annual comprehensive eye exam that includes an eye pressure check.

This disease is more prevalent in first-generation Chinese Americans, Korean Americans and Vietnamese Americans because infant immunization rates in these and other Asian countries are low. HBV is often seen in the same family because an infant can contract it from their mother during birth.

HBV can cause the following complications in the eyes:

Hepatitis B can be prevented by getting a vaccine. There is also a blood test that can detect the virus. If someone tests positive for HBV, they can be treated. A primary care doctor can provide further guidance about the prevention, diagnosis and treatment of hepatitis B.

In 2020, Asian Americans made up over a third of reported tuberculosis (TB) cases in the United States. Their risk of becoming infected may be higher because Asian Americans are more likely to be born in or travel to countries with high rates of TB.

TB spreads through the air through sneezing and coughing and can cause a wide array of complications in the body and eyes. TB can cause severe damage to the lungs and is a leading cause of death globally. Ocular tuberculosis, though rare, can affect many parts of the front and back of the eye. It is often hard to diagnose as it mimics many other eye diseases.

If a person has TB, it is important to let the eye doctor know so they can more effectively diagnose and manage any eye or medical conditions.

Vogt-Koyanagi-Harada syndrome (VKH) is a rare autoimmune disease that occurs more commonly in Asian Americans and Pacific Islanders. This syndrome affects many parts of the body, including the skin, ears, meninges (the tissue covering the brain and spinal cord), and eyes.

The first symptoms of VKH include:

Followed a few weeks later by:

For the next several months to years, the chronic stage begins. This includes loss of pigment (color) in the skin and hair, as well changes to the retina, the tissue in the back of the eye that detects light. Many individuals show improvement with treatment, although some may develop glaucoma and cataracts.

Improving health in the AAPI community

Some Asian Americans tend to see their primary care providers less frequently, which can lead to later diagnoses of serious conditions and worse outcomes. Other factors, such as language barriers and poor or limited health insurance, can decrease access to adequate health care.

It is very important to schedule routine medical exams and eye exams. Comprehensive eye exams are important for the whole family — children, parents and grandparents. Catching eye conditions early, from myopia to diabetic retinopathy, will lead to a lifetime of healthy eyes and clear vision.

Knowledge gaps, challenges, and opportunities in health and prevention research for Asian Americans, Native Hawaiians, and Pacific Islanders: A report From the 2021 National Institutes of Health Workshop. Annals of Internal Medicine. April 2021.

The association between near work activities and myopia in children—A systematic review and meta-analysis. PLOS ONE. October 2015.

Global variations and time trends in the prevalence of childhood myopia, a systematic review and quantitative meta-analysis: implications for aetiology and early prevention. British Journal of Ophthalmology. February 2015.

Prevalence of myopia in children and adults in Europe and North America. Optometry and Contact Lenses. May 2021.

Diabetes and Asian American people. Centers for Disease Control and Prevention. Accessed May 2022.

Treatment and non-treatment related ocular manifestations in patients with chronic hepatitis B or C. European Review for Medical and Pharmacological Sciences. April 2013.

What are the ocular manifestations of hep B? Review of Optometry. March 2014.

Asian fit glasses: What they are and where to buy them