Medication and eye drops for cataracts 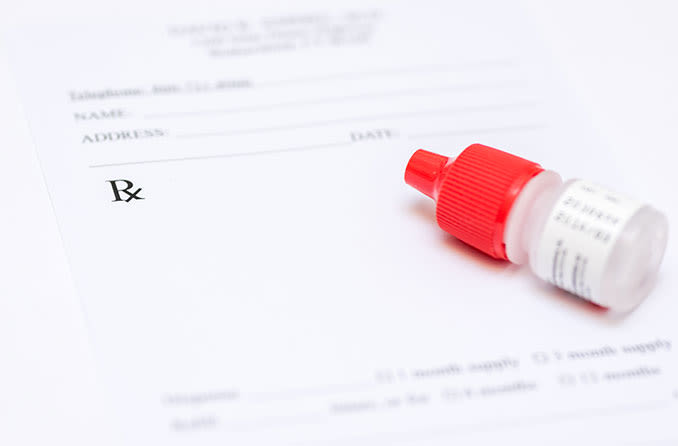 There are usually two times that eye drops can be used in relation to cataracts: before and after cataract surgery. The three most common types of medicated eye drops for cataracts are antibiotics, corticosteroids and anti-inflammatories.

Surgery is currently the only method of cataract treatment that can successfully restore vision for someone who suffers from cataracts. Right now, there are no known cataract medications or eye drops that will dissolve or shrink cataracts.

Medicated eye drops are very important to a successful cataract surgery. They are primarily used to control pain and inflammation and prevent infection.

Your eye surgeon will probably prescribe two or three prescription eye drop medications for use before and after the procedure. Which type of drops or cataract medicine you’ll get depends on your cataract type, surgery type, risk factors and doctor’s discretion.

Antibiotics are usually given before and after surgery to avoid bacterial infection. The main goal is to avoid a rare infection called endophthalmitis.

This rare but serious condition leads to too much inflammation inside the eye and, potentially, vision loss. Antibiotics have been proven to reduce the risk of developing endophthalmitis by limiting the amount of bacteria on the eye before and after your operation.

A patient can also receive intracameral antibiotics — medicine directly injected into the eye through a tiny needle.

Topical corticosteroids drops can be used after cataract surgery to help the healing process and reduce pain, redness and inflammation.

Like oral steroid medication, you will need to taper off of steroid drops, instead of stopping them abruptly.

Since steroid eye drops can increase the pressure inside the eye, doctors will monitor your eye pressure during use. This is especially important for patients who also have glaucoma and/or previously elevated eye pressure.

Nonsteroidal anti-inflammatory drugs (NSAIDs) are often used in the form of eye drops. These medications are used before and after cataract surgery to help control eye inflammation and reduce the risk of complications.

NSAID eye drops are in the same anti-inflammatory family as common drugs like aspirin and ibuprofen, but are specially formulated for eye inflammation.

Certain patients may have to take NSAIDs for longer than other patients, depending on their medical history.

Eye drops being researched and developed

Cataract eye drops are not currently available for use outside of pre- and post-operation, but that likely won’t be the case forever.

With the help of multiple U.S. universities, a chemical mixture called “compound 29” was developed for testing in mice. During these tests, mice with cataracts often experienced less cloudiness as a result of the medication.

In 2015, research on another compound called lanosterol eye drops for cataracts showed improvements in certain types of cataracts in dogs and rabbits.

While compound 29 and lanosterol are both promising developments in the world of cataract treatment, they still have a ways to go before they can be considered for human patients.