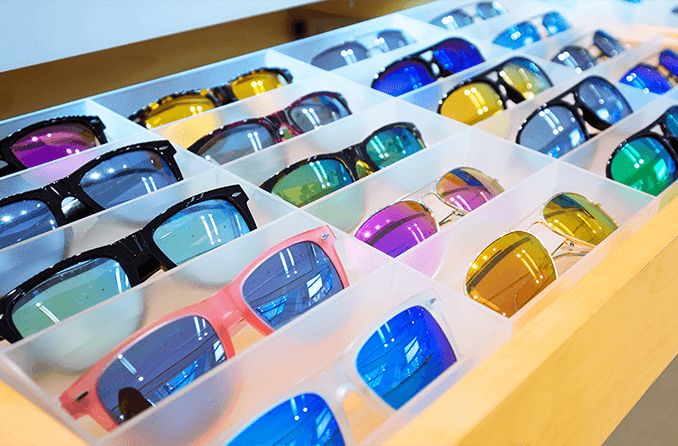 February 2020 ― The board of directors of MIDO, the world's leading trade show dedicated to eyewear, has decided to postpone the 2020 edition near Milan because of the developing coronavirus health crisis in Italy.

MIDO, marking its 50th year, was scheduled to run from February 29 to March 2. The new dates for the rescheduled eyewear event are July 5-7, 2020.

"We took this decision out of respect for the current alarming situation and for our exhibitors and visitors," Giovanni Vitaloni, MIDO president, said in a news release. "As this health crisis is developing in Italy, we could not but choose to postpone MIDO's 2020 edition.

The announcement of postponement was made February 22, just a week from the opening of MIDO. "We are aware that this decision will require industry professionals, exhibitors, buyers, press members, opticians and everyone working for MIDO, including our staff, to re-schedule their attendance, with a significant impact on all internal organizations," Vitaloni said.

"It will be a twofold effort as we are just a week away from the show, but we cannot honestly think of celebrating our 50 years when the world ― and our country now in particular ― is experiencing such an international crisis," he added.

The new dates for the rescheduled MIDO were announced February 26.

Outside of China, the highest concentration of coronavirus cases is in Italy.

SEE RELATED: Coronavirus: How eyes may play a role in its spread

June 2019 ― Robyn Rihanna Fenty ― aka RiRi ― has it made in the shade. The pop star just launched Fenty, a fashion brand featuring futuristic unisex sunglasses and other womenswear.

Take note before you dismiss her label as yet another been-there, done-that, now-you-see-it-then-you-don’t celebrity collection spurred by Rihanna's Instagram followers (71.5 million). LVMH, one of the biggest players in luxury, is backing her history-making (first woman and person of color) fashion house, or “maison,” in their parlance. Fenty also is Moët Hennessy Louis Vuitton’s first new fashion house since Christian Lacroix in 1987. ― By Michele Meyer

New Costa sunglasses are made of recycled fishing nets

April 2019 — Sunglasses protect your eyes and make a bold fashion statement, but you wouldn’t expect them to also help change the world. Costa’s Untangled collection is created with recycled fishing nets, which helps protect our oceans.

Costa partnered with Bureo, known for its skateboards, which also are made using recycled nets. Bureo collects the nets from fishermen in Chile and then sends the processed materials to Costa, to be used in the frames for its polarized sunglasses. 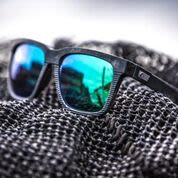 Costa's Untangled collection is made of recycled fishing nets.

“I think what would happen previously in the best-case scenario is these nets would be left in a pile somewhere inland,” says Todd Barker, marketing manager for Costa. “But in most cases, they were just dumped on the beach or they were dumped at sea.” Fishing nets as large and cumbersome, Barker says. Instead of lugging the nets off a boat and to a disposal site, it’s easier for fishermen to throw the nets in the water.

The old nets thrown overboard continue catching fish and other marine life, which get tangled up and die (which is known as ghostfishing). A 2018 World Animal Protection report estimated each year more than 640,000 tons of “ghost gear” builds up in the oceans. Bureo entices fishermen to help reduce those numbers by offering them compensation for turning in their old nets. The company then pays the fishermen back by investing in their communities through projects, such as building playgrounds. The sunglasses featured in the Untangled collection are almost completely made using recyclable materials. The frames are made using recycled nets, the nose and temple pads are made from recyclable PLUSfoam and Costa uses recycled aluminum for the metal logo plaques.

The only things not created from recyclable materials are the lenses, which simply can’t be made using recyclable products, and the hinge screws. Barker hopes the collection will start more conversations about how we can help the environment. “Our first mission when it came to making this collection was to raise awareness about discarded fishing nets and plastic in our oceans,” he says. “If this eyewear can be a storyteller for someone to talk to their friends or family about the issues, I think it’s a win for us.” Sunglasses in the Untangled collection start at $199. — By Brianti Downing

January 2018 — When Lisa Mondy was bitten by a shark in 2011, she probably had no idea that someday she'd be protecting sharks.

But she and other shark attack survivors are doing just that. They are supporting OCEARCH, an organization that captures and releases live sharks so researchers can tag and study them.

We humans kill sharks relentlessly — and needlessly — at the shocking rate of about 190 per minute. But OCEARCH and long-time supporter Costa are spreading the word that if we lose sharks, we lose the oceans. As apex predators, they keep larger fish from eating all the smaller fish.

In other words, sharks help maintain a balance that is vital for the future of our planet.

Costa has released new sunglasses and gear in its OCEARCH collection to raise funds for this important conservation effort.

Shown here is the OCEARCH Half Moon style for men, with a tiger shark-inspired frame pattern and green mirror polarized lenses.

OCEARCH sunglasses, hats and tees are available for men, women and children, on the Costa website.

Consider a purchase today, to help save sharks from extinction.

Special-Edition Sunglasses By TommyXGigi Are A Major Fashion Statement

January 2017 — These new styles from a collaboration between Tommy Hilfiger and supermodel Gigi Hadid are a cool take on the oversized sunglasses trend. 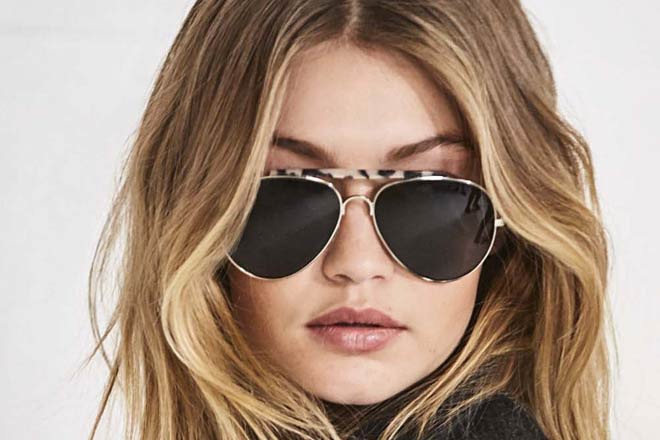 The circular-lens thin-metal style also has a double bridge, and it comes in black with dark gray lenses, silver with silver-gray lenses or white and gold with pink lenses.

Vuarnet On The Edge

Fall/Winter 2016 — If you're a Vuarnet fan, you know and appreciate the signature rounded-off shapes, deep rims, thin temples and mineral glass lenses. 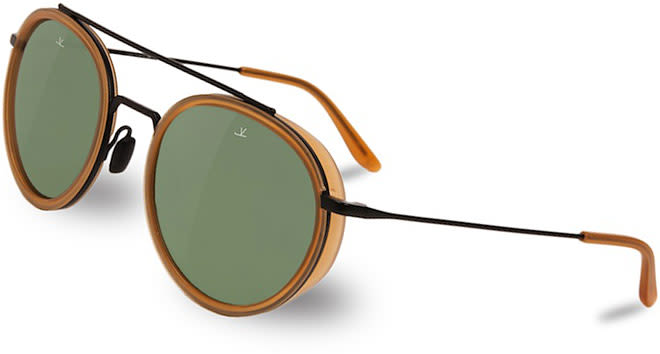 The brand has released a new Edge collection that incorporates all those features, using stainless steel and updated colors for a more modern sporty look.

The collection comprises three silhouettes: Round, Pilot and Caravan.

A standout is the Round Edge shown here, with a matte black frame, amber acetate rims and gray lenses.

Snap Spectacles: A Sunglass/Video Camera That Captures Your Memories On The Fly

Snap's new Spectacles contain a tiny camera that, when you tap on the frame, takes 10-second videos in a new circular format and connects directly to the Snapchat app via Bluetooth or wi-fi.

The company says the videos play full screen on any device, in any orientation, with a 115 degree field of view.

The sunglasses come in three colors, with round lenses — we haven't heard yet whether more style options will be available.

Unlike Google Glass, they look like fairly normal eyewear, though lights will come on when you're recording a video. They charge in their case, and it's rumored they will sell for $129.

Is This The Weirdest Sunglass Frame Material?

That's the idea behind Norton Point's new Ocean Plastic collection, a line of sunglasses with frames made from high-density polyethylene (HDPE), one of the most commonly used plastic materials. 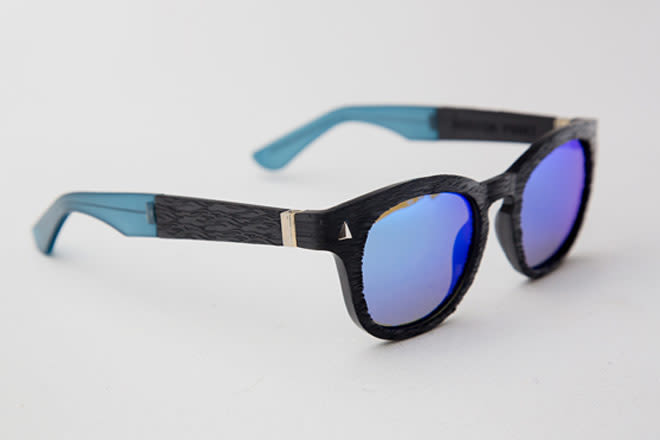 The company uses only HDPE that has been recovered from the ocean. It partners with the Ocean Conservancy and the Plastic Bank, who encourage people in underdeveloped areas to collect plastic for recycling — so they can earn a living as they clean up the oceans. With 8 million metric tons of plastic entering the oceans each year, they have a big task ahead of them.

For every product that Norton Point sells (even if not made of ocean plastic), it removes one pound of plastic from the ocean. And it devotes 5 percent of net profits to global clean-up and education.

The Ocean Plastic collection includes three styles, all with a choice of polarized blue mirror or dark gray lenses with anti-reflective coating. The cases are made of ocean plastic, as well. The finish is distinctively textured, a reminder that this is a recycled material. Perfect for your beach-combing walks!

Currently Norton Point sunglasses are available from a few retailers in New England, as well as online.

September 2016 — The DiorUmbrage sunglasses featured in the Winter 2016 Dior fashion shows have a unique mixture of patterns and details that make them a standout. 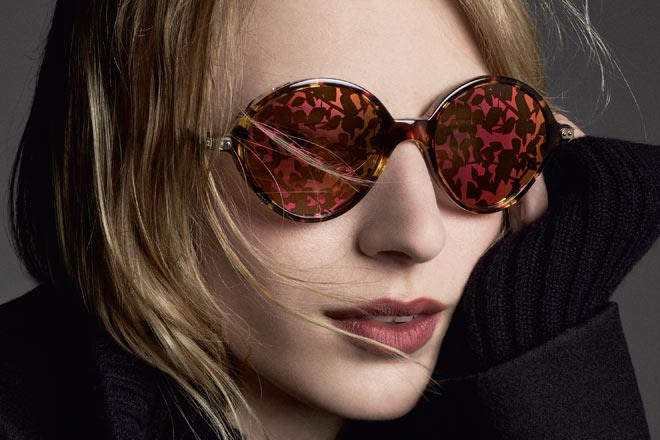 That's why we've named them our September Sunglasses of the Month.

The frames include havana acetate in various tortoise colors, along with thin metal temples in rose gold, gold, silver or gunmetal.

The round lenses come in gray or blue, or you can choose a model with foliage mirrored lenses in pink, violet or blue. The effect is rich, exotic and stunning.