Floaters and flashes after eye surgery 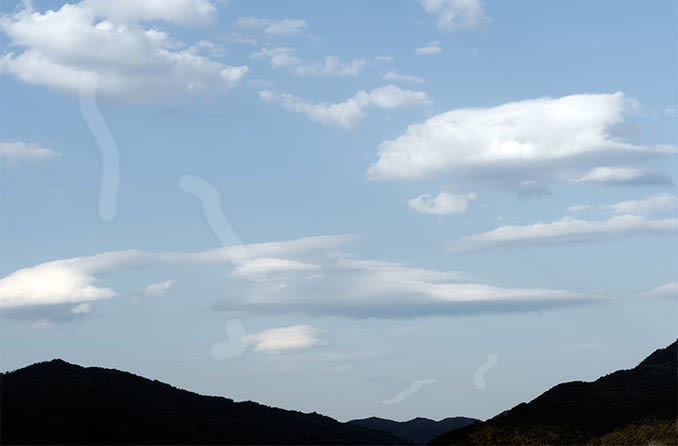 There are many reasons an individual may have eye surgery. Whether it’s cosmetic or a means of preserving your eyesight, vision surgery can offer a solution to many eye-related issues.

With every vision procedure, however, there are also potential risks and side effects that may occur, with eye floaters being one of the most common.

So, why are eye floaters so common after eye surgery? Many times, eye floaters are already present and become more noticeable once your vision improves.

Cataract surgery is a very common procedure to restore vision. When the eye’s natural lens becomes cloudy due to aging or other factors, it is removed and replaced with a clear intraocular lens (IOL) to bring things back into focus.

That does not mean cataract surgery is the cause of eye floaters. Rather, floaters were already present in the eye but obscured by the cataract, and after clear vision is restored by the surgery, the floaters become more visible.

Eye floaters are caused by tiny clumps of a protein called collagen that are suspended in the vitreous (the gel-like substance within the eye). When light enters the eye, these opaque bits of collagen cast a shadow on the retina that creates the appearance of floaters.

Cataracts scatter light and therefore reduce the amount and clarity of light focused on the retina. Because the level of light is reduced, the floaters don’t cast much of a shadow, making them less visible. Compare it to how well you cast a shadow on a sunny day compared to an overcast or cloudy day.

When the cataracts are removed and more light is clearly focused on the retina again, the eye floaters cast darker, clearer shadows, making them more visible than before.

Eye floaters aren’t the only nuisance that can be experienced after cataract surgery. Light flashes and other unwanted images, or dysphotopsias, are fairly common in the first hours and days after the procedure.

Positive and negative dysphotopsias are associated with the material, design and placement of the IOL used in cataract surgery.

Some researchers say up to 50% of patients experience some form of dysphotopsia in the first few days following cataract surgery.

In most cases, flashes of light in the eye after cataract surgery disappear in a relatively short period of time. But if they are persistent and bothersome, see your cataract surgeon. In severe cases, the original IOL may need to be replaced with a new one to eliminate persistent dysphotopsias.

Other surgery that can result in floaters

As mentioned earlier, eye surgery typically doesn't cause floaters. However, some people who undergo eye surgery such as LASIK say they see floaters afterward.

In most cases, this can be explained by the fact that their vision is clearer after surgery, making already-present floaters more visible.

A procedure called a vitrectomy consists of removing the vitreous and replacing it with a saline solution so your eye is able to keep its shape. While it can help with eye floaters, a vitrectomy is not typically used for this problem.

Vitrectomies are invasive and somewhat high-risk procedures that are typically performed for the treatment of more serious eye problems such as advanced diabetic retinopathy.

YAG laser vitreolysis is an effective and less invasive treatment for eye floaters. In this procedure, an yttrium aluminum garnet (YAG) laser is used to break up and dissolve floaters. The laser treatment takes only a few minutes.

While there is still a chance that some floaters will remain or resurface later on, 93% of patients involved in an observational study said they were happy with the results of YAG laser vitreolysis.