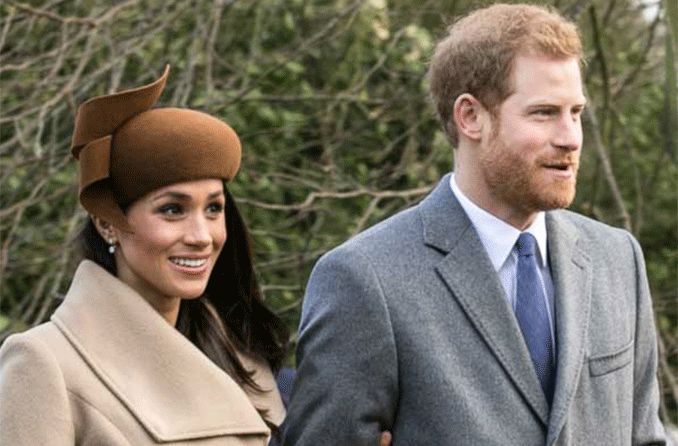 Want a pair of Meghan Markle sunglasses? The good news is you have plenty of stylish brands to choose from, including Finlay, Krewe and Le Specs.

Meghan, Duchess of Sussex — often referred to simply as Meghan Markle — is a former actress from Los Angeles. She became a member of the British royal family in 2018 when she married Prince Harry, Duke of Sussex. Meghan Markle is known for her role in the TV show “Suits” and her signature personal style that often includes a cool pair of sunglasses.

Want to know more about Meghan Markle’s life, style and sunglasses? We'll take a look at the duchess’s public image and the many styles of sunnies that have crowned her look.

How do you define “Meghan Markle style”?

The Duchess of Sussex, born Rachel Meghan Markle, has a unique sense of style that many find inspiring. So, what is “Meghan Markle style”? It’s hard to define, but Glamour magazine sums it up as “casual cool” with a California vibe.

Here are some iconic Meghan Markle style moments that have drawn attention over the years:

Don’t own any similar clothing items? The nice thing about most of Meghan Markle’s sunglasses is that they’ll go with just about any outfit hanging in your closet.

Meghan was famous in her own right before she met Prince Harry. But there’s no doubt that joining the royal family has turned up the wattage on the spotlight.

So, how did Prince Harry and Meghan Markle meet? The prince and the “Suits” star got set up on a date by a friend in July 2016. They hit it off right away and jetted off on vacation to Africa together a few weeks later.

The romance took off and by the following year, Markle quit “Suits” and got engaged to Prince Harry. In May 2018, Prince Harry and Meghan Markle got married at Windsor Castle.

In March 2020, Prince Harry and Meghan Markle caused a stir when they announced they were leaving life as full-time royals and stepping out on their own. In February 2021, Buckingham Palace confirmed the couple won’t return to royal life.

Markle’s starring role on “Suits,” a popular legal drama set at a Manhattan law firm, was a game-changer for her acting career. Markle played the role of paralegal and aspiring lawyer Rachel Zane.

The actress left “Suits” in 2017 when she got engaged to Prince Harry.

But many old Meghan Markle Instagram photos are still available online. For example, a Travel + Leisure compilation of the best deleted Meghan Markle Instagram photos features a photo of Markle in Spain with friends, wearing a short, ruffled, off-the-shoulder dress, a jaunty hat and gold sunglasses. There’s also a shot of the duchess playing with her dogs, Bogart and Guy.

The Duchess of Sussex has sported many pairs of sunglasses over the years, and she’s even inspired a run on certain styles.

Here are a few of Markle’s favorite sunglasses:

As you can see, Meghan Markle loves Illesteva, Finlay and Le Specs sunglasses. The duchess also has been spotted in classic Ray-Ban Aviators and other styles.

Le Specs, founded in 1979, is an iconic brand of sunglasses that is popular with celebrities. In addition to Meghan Markle, celebs who wear Le Specs include Beyonce, Rihanna, Lady Gaga, Kendall Jenner and Justin Bieber.

Here are some of the most popular styles of Le Specs sunglasses:

Adam Selman Le Specs also are popular. Styles in this collection include The Last Lolita, classic slim cat-eye sunglasses in an array of eye-catching colors and The Crush, an unusual design inspired by the movies.

Percy is one of the most popular Finlay styles. Meghan Markle wears these classic sunglasses in the light tortoise color with gray lenses. If you want Markle’s style but want to try something a little different, there are 10 other colors to choose from.

Whether or not you want to take style inspiration from the Duchess of Sussex, there’s one lesson we can all learn from her: Whenever you go out in the sun, protect your eyes with a pair of high-quality sunglasses.

READ NEXT: Emma Stone’s sunglasses on and off the screen

Meghan Markle’s best sunglasses — and where to get the look for less. People. March 2020.

27 best Meghan Markle style moments that you can re-create yourself. Glamour. December 2020.

Meghan Markle’s instantly-sold-out $65 sunglasses are back at Net-a-Porter. Who What Wear. January 2020.

Meghan Markle’s style file: Every one of her most stylish looks. Elle. March 2021.