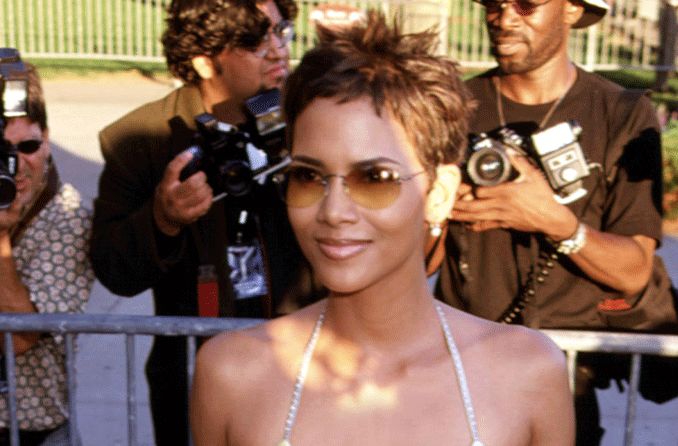 If Halle Berry’s style has caught your eye, you’re not alone: The Oscar-winning actress is known for her effortless fashion game, including her chic sunglasses.

Halle Berry is one of the many stars — and that list includes Cardi B, Billie Eilish and Lizzo — who provide endless inspiration for how to level up any look with a cool pair of sunnies.

Halle Berry has a style all her own that’s often topped off with an eye-catching pair of shades. If you want to try to pull off Halle Berry’s style, here are a few of the highlights that can help you get her look:

Halle Berry’s style is one of a kind, but you may already own the right clothes to try out a few of her signature looks.

Halle Berry amps up her style with a variety of designer and trendy sunglasses that complement her glam, laid-back vibe. We scoured Halle Berry photos to find the most iconic sunglasses styles the actress has worn.

Here are some of Halle Berry’s signature sunglasses looks:

If you want to mimic Halle Berry’s sunglasses style, you can’t go wrong with oversized glam or classic Ray-Ban Aviators in neutral tones.

Here are some of the other Halle Berry movies that have put the actress in the spotlight during her career:

Although “Catwoman” wasn’t a critically acclaimed film, it’s still one the best known Halle Berry flicks — and one many fans love.

Does Halle Berry have kids?

Halle Berry has two children: a daughter and a son. Halle Berry’s daughter, Nahla Ariela, was born in March 2008. Her son, Maceo-Robert, was born in October 2013.

Halle Berry does not have a spouse right now, but she has been married three times in the past. She also had a long-term relationship with model Gabriel Aubry, who is the father of her daughter. Halle Berry’s first husband was Atlanta Braves’ player David Justice. The couple was married from 1993 to 1997.

Her second husband was musician Eric Benét. They were married from 2001 to 2005.

And Halle Berry’s third husband was actor Olivier Martinez, who is the father of her son. They were married in 2013 and divorced in 2016.

How old is Halle Berry?

What is Halle Berry’s net worth?

Halle Berry has a net worth of $70 to $80 million, according to a report from Fox Business. The actress has made money with acting roles in movies and TV, a celebrity endorsement contract with Revlon and launching her own line of fragrances.

What is Halle Berry’s favorite brand of sunglasses?

If you’re smitten with Halle Berry’s sunglasses style, visit your eye doctor for a pair of prescription designer sunglasses, or grab a trendy pair off the rack. Just make sure they block 100% of UV rays so you can be safe as well as stylish.