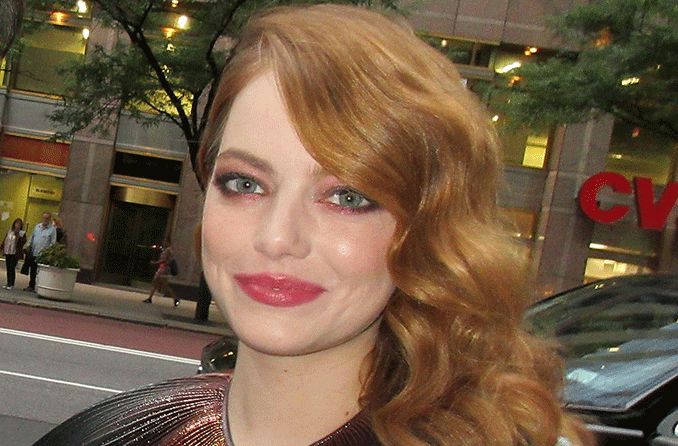 Emma Stone has been named a trailblazer, across both acting and fashion. The star keeps things fresh in her film roles as well as on the red carpet. She is also often seen running errands, sporting fashion choices from chic coats to little-black-dresses, adorned by her signature sunglasses.

Stone keeps it classic in her eyewear choices, constantly opting for round shapes and neutral colors such as black, brown and tortoiseshell. She can also be seen wearing fabulous eyewear in her feature films, whether her character is geeky or glam.

It would be an understatement to say Stone really likes sunglasses. More often than not, she is photographed in a sleek pair of shades as she steps out to run errands.

While privacy may ultimately be the motivator, Stone manages to keep things chic, wearing stylish shades that always flatter her face.

Frames fit for a “Maniac”

Stone stars in the Netflix original series “Maniac,” which is about an experimental psychotic drug that unlocks undiscovered memories of the subconscious for participants in a study. Participants agree to take part in the trial as a way to help treat their mental illnesses.

Stone’s main character, Annie Landsberg, faces both the challenges of broken relationships with her mom and sister, and the complicated mindset of an assassin (depending on where the experiment takes her in each trial of the drug).

Aside from the intriguing and thrilling storyline, one of the most unique elements of the series is the costume design. One look in particular is worn by Annie in season one, episode two: a mustard trench coat, plaid pants and T-shirt, paired with combat boots and round P3 style sunglasses.

The look illustrates the anti-social and unhappy energy of Annie, offering grungy yet polished style. P3 sunglasses originated in the military in the 1930s, but they are a nice complement to modern looks for both men and women. In fact, Emma Stone liked the look of her P3 sunglasses so much, she has been seen wearing the style off-screen, as well.

Easy style in “Easy A”

After a spell of hurtful high school rumors about her extracurricular activities, Stone’s character, Olive Penderghast, undergoes a self-makeover in “Easy A,” which pushes the boundaries of the school dress code.

In the film, Pendergast's English class is assigned to read The Scarlet Letter, featuring a character named Hester Prynne who is shunned by her peers for supposed adultery, and forced to attach a letter “A” to her clothing and literally wear her shame.

Penderghast finds the story relatable and decides to adopt the element of wearing the letter “A.” Instead of sewing it onto regular clothes, she sews the letter onto several different bustiers and lingerie-like tops, and in one memorable scene, tops the look with a pair of black Ray-Ban 2140 Wayfarer sunglasses. The sharp, classic shades add an extra touch of rebellion and magnetism to her racy new look.

In addition to her iconic looks, Emma Stone has worn sunglasses for many film roles, a costuming choice that has brought forward a deeper understanding of each character, their personality and style.

Eyewear inspiration for the public

Stone is clearly an influence in the public eye, even when it comes to her eyewear. If you are looking for trendy yet classic eyewear — whether glasses or sunglasses — imitating a look from Stone’s extensive collection on or off the screen is a safe bet.