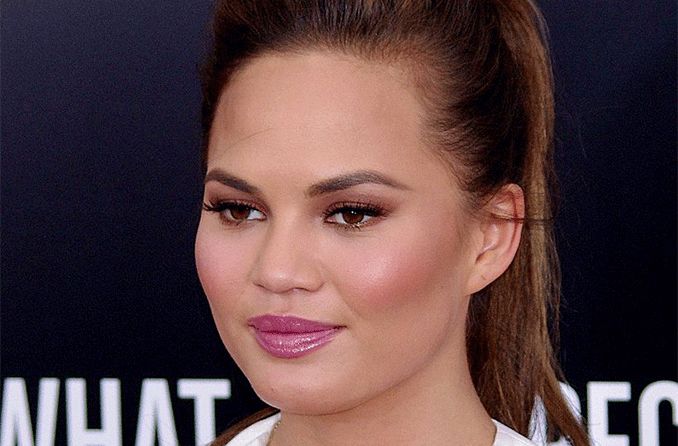 Model and social media star Chrissy Teigen is a master at grabbing attention with her unique style, vibrant clothes and trendy sunglasses.

We’ll take a look at Teigen’s life, style and her partnership with Quay Australia to create the Chrissy x Quay line of sunglasses. We’ll also show you which sunglasses you can buy to protect your eyes from UV rays, Chrissy Teigen style.

A model, TV commentator, blogger and cookbook author, Chrissy Teigen is also known for her fashion sense and cool sunglasses.

Chrissy Teigen got her start as a model at age 18. Her career took off when she was named “Rookie of the Year” in the 2010 Sports Illustrated swimsuit issue. Teigen has also appeared as a model in a variety of fashion magazines including Cosmopolitan, Glamour and Italian Vogue.

In the summer of 2019, sunglasses brand Quay Australia partnered with Teigen to create the Chrissy x Quay line of sunglasses.

This line of fashion-forward sunglasses included:

In a Chrissy Teigen Quay commercial to promote Chrissy x Quay, Chrissy reminds viewers that the brand name is pronounced “key.” In the commercial, Teigen, dressed in an ivory blazer and bright coral lipstick, holds up both Quay sunglasses and keys to drive home the pronunciation of the brand name.

On Instagram, @chrissyteigen posts recipes — most recently one for red lentil soup — along with style photos and her latest magazine covers. She also posts pictures of herself with John Legend and their two kids.

On Twitter, @chrissyteigen tweets a lot and isn’t afraid to share her thoughts and opinions on topics ranging from the coronavirus vaccine to the right way to make a spicy chicken sandwich.

She briefly left Twitter in 2020 after a spat about her Cravings food site, but quickly returned to her 13.6 million followers.

She most recently tweeted an apology to Courtney Stodden for online bullying years ago when Stodden was 16 years old. Chrissy Teigen tweets that she’s “ashamed and completely embarrassed” at her past actions.

Chrissy Teigen is married to musician John Legend. The couple met while filming the video for Legend’s song “Stereo.” Teigen played the role of a “crafty, bold and beautiful” woman named Melanie in the video.

John Legend and Chrissy Teigen got engaged while on vacation in the Maldives and were married at Villa Pizzo in Italy in 2013. The couple’s wedding took place in front of picturesque Lake Como. For the ceremony, Teigen wore an ivory Vera Wang ball gown with a tulle skirt.

The model and the singer had a daughter, Luna, in 2016 and a son, Miles, in 2018. The couple was expecting a third child, Jack, but Teigen had a miscarriage in September of 2020. The next month, Teigen wrote a Medium post about the heartbreak of losing her baby, and she thanked fans for their “extreme kindness” during the ordeal.

Chrissy is more than a model and TV personality; she is also a food blogger and cookbook author known for her banana bread recipe.

The model got her start as a recipe developer when she debuted her food blog, So Delushious, as a creative outlet in 2011. In 2016, she published a cookbook, “Cravings: Recipes for All of the Food You Want to Eat.” And in 2018, she came out with a sequel, “Cravings: Hungry for More.”

In fact, Teigen may be as famous for her tasty recipes as she is for her fashion-forward sunglasses.

Not everyone can dress like a star, but throwing on a pair of stylish sunglasses can elevate even a simple outfit. Teigen has said she gravitates to oversized sunglasses.

In addition to the Quay styles, here are some more sunglasses that will help you emulate Chrissy Teigen’s sunglasses style:

Not only will you look fashionable in these sunglasses, but buying sunglasses that block 100% of UV rays will help to keep your eyes healthy and protect your face from the sun on even the brightest days.