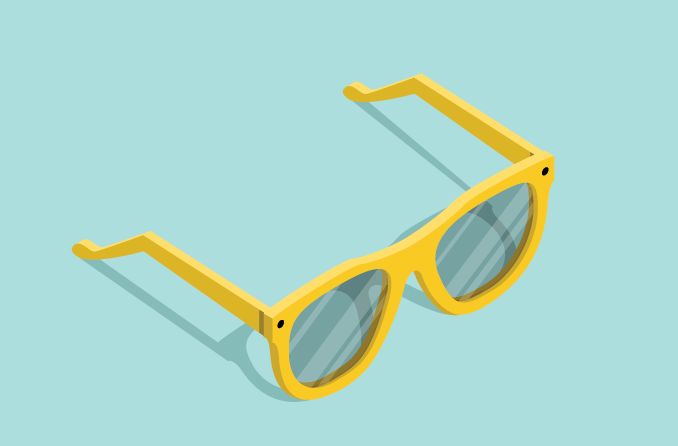 Rumored since 2019 and teased since early 2021, Ray-Ban and Facebook’s collaborative smart glasses are finally available to the public.

The well-known glasses manufacturer teamed up with the social networking giant to develop Facebook’s first-ever publicly available set of smart glasses. A September 9 release announced their immediate availability, along with a new name — Ray-Ban Stories.

Ray-Ban Stories start at $299. As of launch week, they’re sold at Ray-Ban stores, Ray-Ban.com, and select Sunglass Hut and LensCrafters stores — along with a handful of others.

SEE RELATED: Smart contact lenses are on the way

Facebook hasn’t been shy about utilizing Ray-Ban to get a leg up in the style department.

A common thread among early testers is how well Stories disguise their appearance as smart glasses, both from a visual and physical perspective. Even with multiple cameras, speakers and microphones installed, Stories weigh just five grams more than your everyday pair of Wayfarers.

Each style is available in multiple frame colors and can be outfitted as either clear eyeglasses or tinted sunglasses (with multiple lens colors) — or both, in the form of light-to-dark Transitions lenses.

The $299 Stories come with non-prescription lenses, but prescription single-vision or progressive lenses can be added for an additional cost. All clear lenses include a blue light-blocking coating.

Photos and videos shot with Stories will not automatically post to Facebook, and they’re not limited to Facebook-only sharing. Instead, the company uses a companion photo gallery app called Facebook View.

Much like the default iPhone and Android camera rolls, Facebook View offers a grid view of your gallery and gives you options for sharing to other apps.

The company has stated that, unless they’re posted to Facebook, photos and videos stored in the Facebook View app will not be used for targeted advertising.

Do Ray-Ban Stories include augmented reality?

Ray-Ban Stories do not feature augmented reality (AR) technology, but Facebook says they will be a stepping stone to AR smart glasses in the future. Stories will allow Facebook to test and improve upon early features, so they can eventually make the leap to AR functionality.

Augmented reality is the technology that places digital objects or markers into the live view on your device. There’s a good chance you’ve already seen AR used in apps like Snapchat and Instagram, or games like Pokémon GO and Harry Potter: Wizards Unite.

Since Stories don’t feature AR, your first-person view won’t look much different than it would through any normal pair of eyeglasses. Most of the advertised benefits lie in the cameras, speakers and microphones.

But lacking augmented reality doesn’t come without its perks — the AR-less Stories are likely cheaper than any future AR models will be.

“This is going to be a big milestone in starting to integrate the core technologies into a regular-glasses form factor, and seeing how people are using them,” Facebook CEO Mark Zuckerberg noted during Facebook Connect, the company’s annual conference for augmented reality and virtual reality developments, by way of their Oculus division.

“They’re going to be the next step on the road to augmented reality glasses — and they look pretty good, too," Zuckerberg said.

READ MORE: Are VR headsets bad for your eyes?

Ray-Ban’s role in the project

Facebook hopes that partnering with EssilorLuxottica, Ray-Ban’s parent company, adds name recognition and style credibility to the frames and lenses of their smart glasses.

“We need to support a lot of different designs and styles, and that’s what Luxottica does,” Zuckerberg said during the keynote.

There wasn’t much doubt that Ray-Ban’s iconic Wayfarer style would be incorporated in some way, but Stories bring the 1960s-inspired Meteor and modern Round styles to the table, too.

“Combining a brand that is loved and worn by millions of consumers around the globe with technology that has brought the world closer together, we can reset expectations around wearables,” said Luxottica’s Chief Wearables Officer Rocco Basilico in a press release. “We are paving the way for a new generation of products destined to change the way we look at the world.”

The evolving world of smart glasses

Smart glasses aren’t a mainstream staple yet, but tech companies are certainly working to change that. Google, Amazon, Microsoft and Snap (Snapchat) all have smart glasses in production or development, and Apple seems to be one step away from confirming their own version.

It’s uncertain how people will react to Facebook and Ray-Ban’s product, but one thing is all but certain: Ray-Ban Stories will be a step toward the widespread use of smart glasses — one way or another.

What are augmented reality (AR) glasses?